It's was around 10 weeks ago we realised that the decking around the lawn was rotten enough to require replacement before the wedding. Luckily Roger was available to do the job. The new timber was delivered last week and work started today. 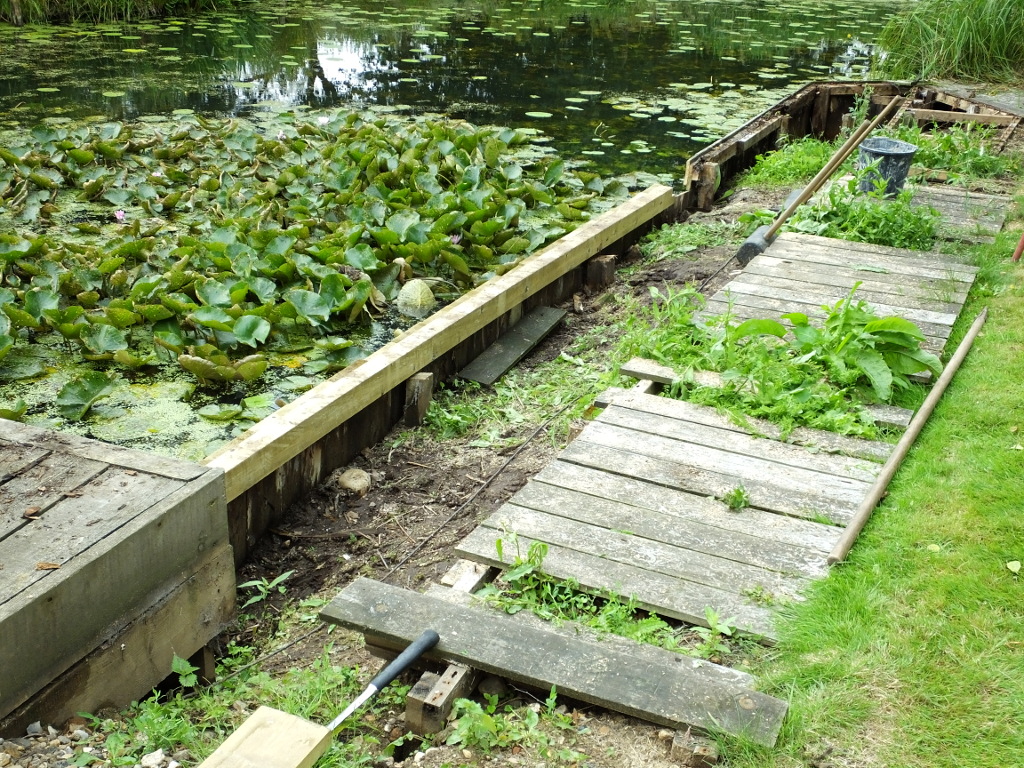 Over the last few weeks, as we discovered boards that were rotten to the point where they would give way when walked on, we began to lift them. It has been really surprising how much weed grew in the gaps we created as the boards had been removed. 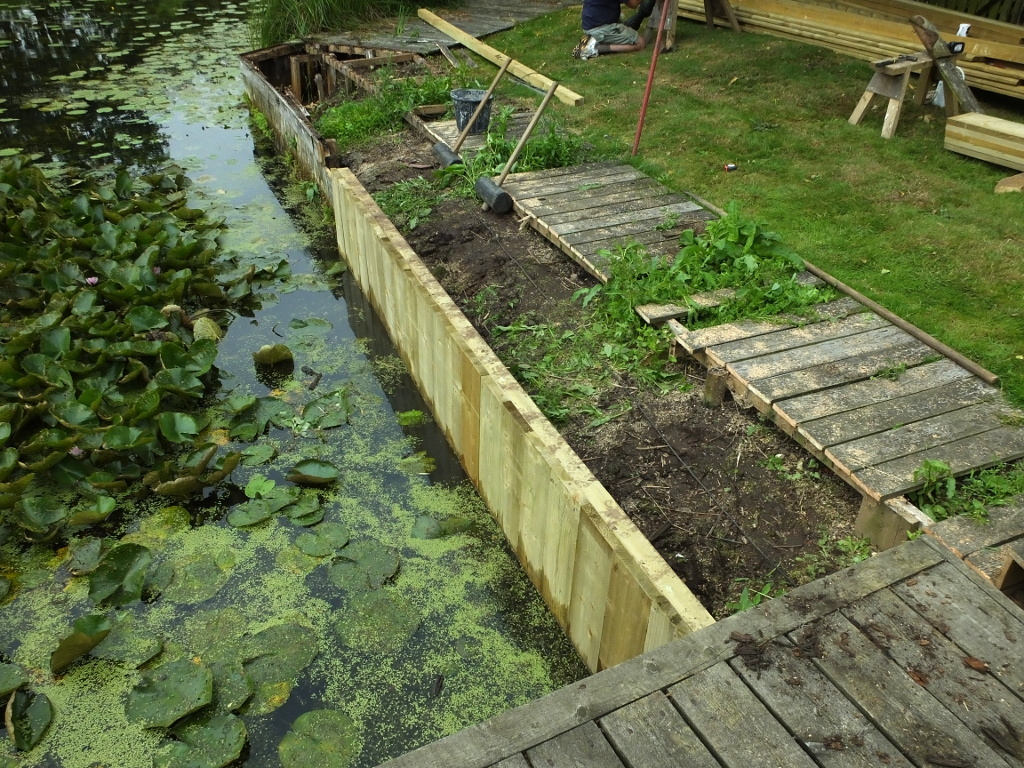 The first thing that was done was to run a saw down the length of the deck so the nature of the ground could be seen and to enable a new top rail to be positioned to which new boards to form quay heading could be attached. The boards were eight feet long and driven into the bed of the lake by hand with paving mauls. 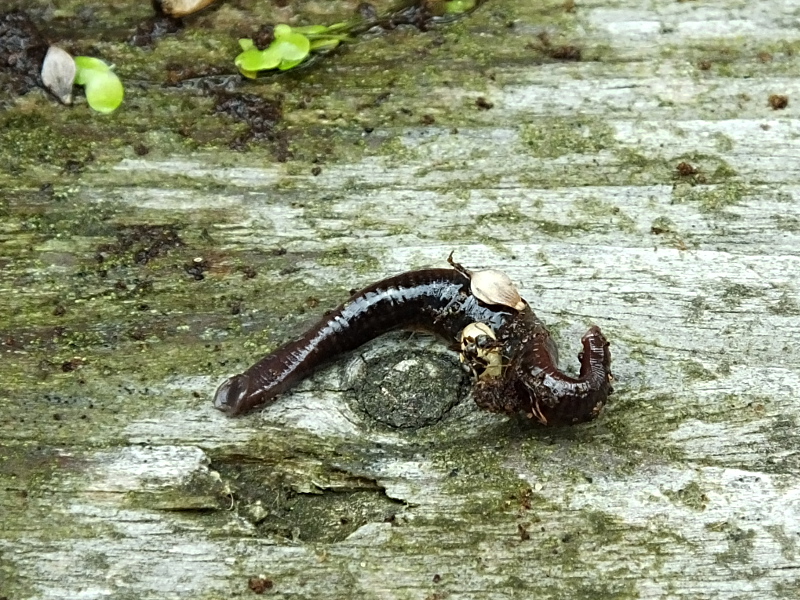 What was a surprise to me was to find leeches in the wet mud where the decking turned the corner. I hadn't realised that they have suckers at each end of their bodies until I read up about them after finding them today. 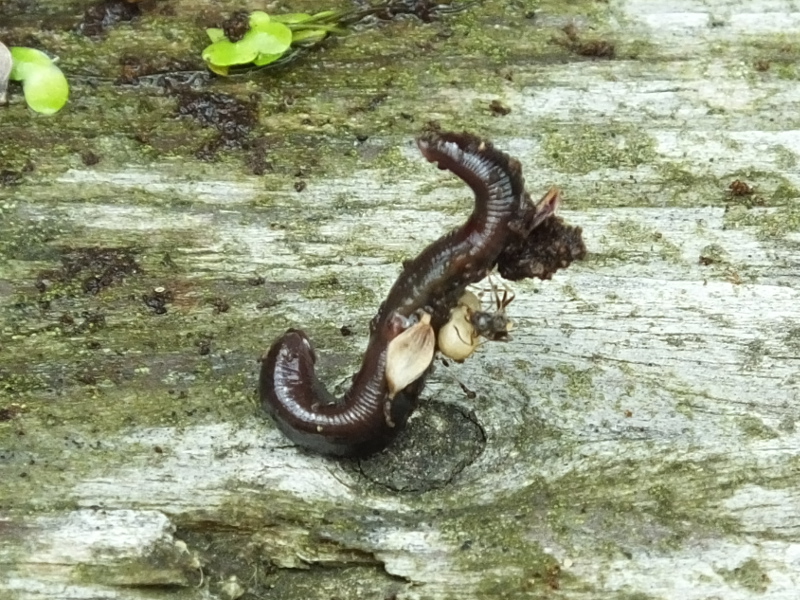 It was fascinating watching them stretch out and then contract into round blobs.