This evening, just after 19:00 a damselfly flew into our kitchen through the open door. That's not quite "the grounds" which is where this post appears, but it did seem right to post it here as it's where all the other wildlife pictures appear. 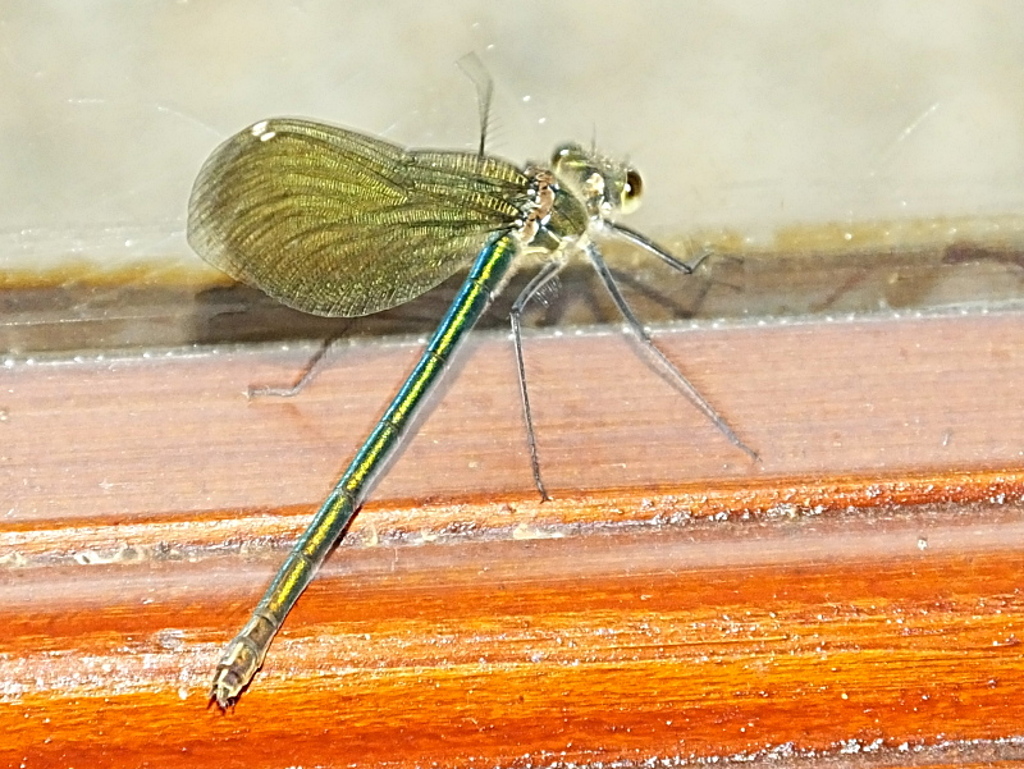 I call it a damselfly, as I understand that they will rest their wings in line with their bodies, whereas a dragonfly keep their wings extended at right angles to their bodies. However, it appears this may be a Willow Emerald Dragonfly. I had to look this one up as it was very different to those seen so often on the lilies in the lake. I hope I've correctly identified it. 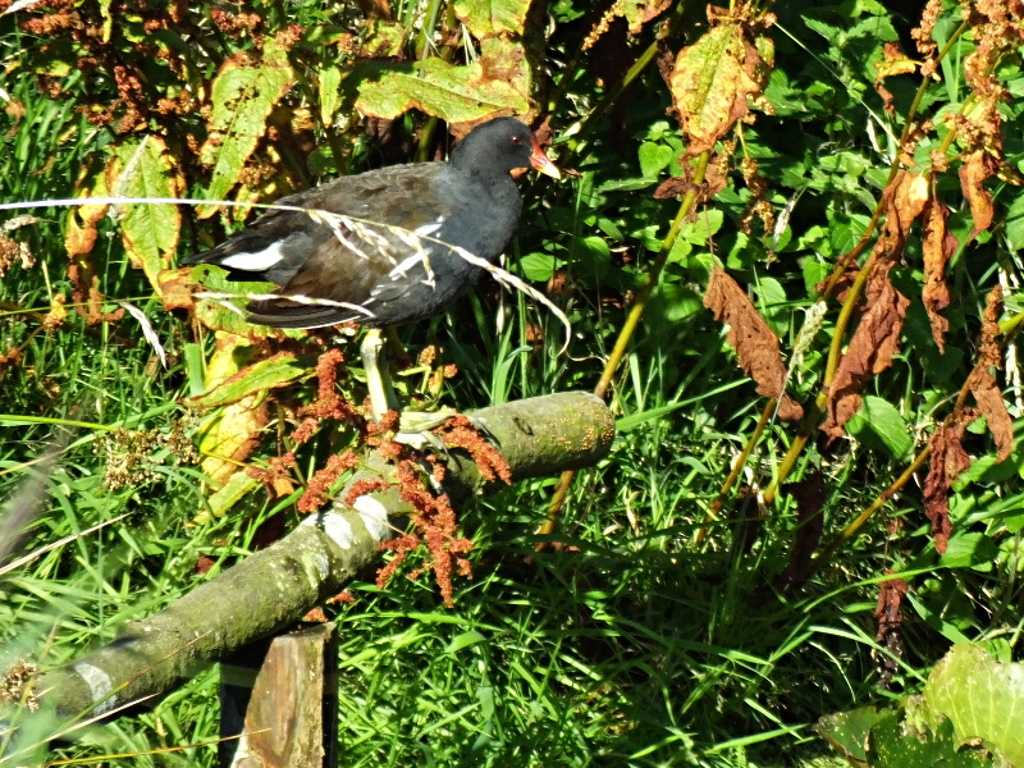 Almost 12 hours before, as I drew the curtains I saw a moorhen. This one caught my eye as they don't often perch on one of the old fishing stands and this one appeared to be one legged, though that might be a trick of the light!