The Water Continues To Rise

Today, Just before 14:00, I took a couple of pictures as it was clear that the lake was above the levels seen Yesterday. The first showed Peter's field. 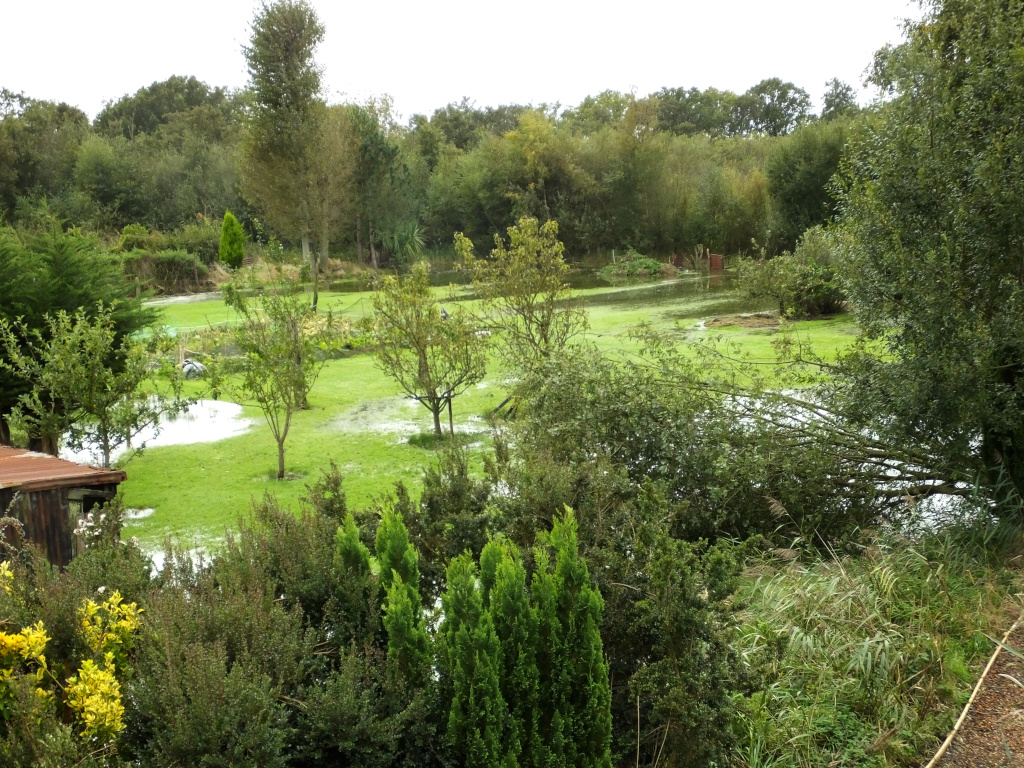 And the second was of the duck house. It is the first time that I can recall where the water is not just above floor level, but above the threshold of the doorway. 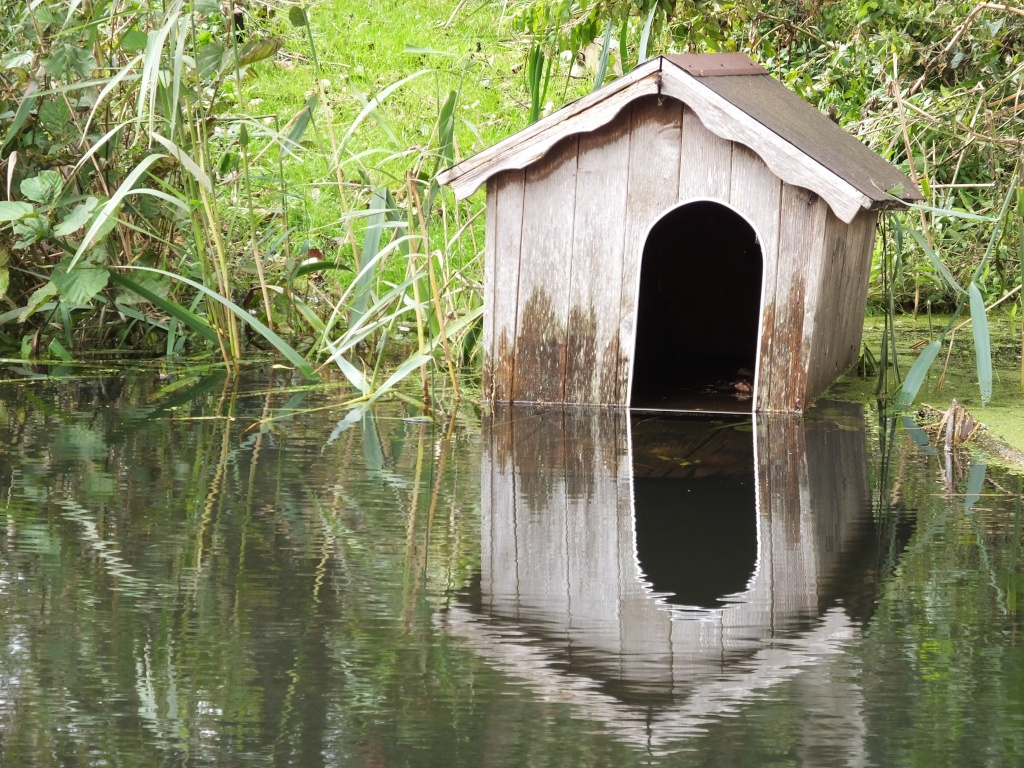 Later, just after 17:05, I took a walk around the grounds. Now, beyond the bridge, the ground to the right of the path was well under water and a stream was flowing across the main path from the burning bins to the Ruston Bench carry small seeds and other flecks of material towards the lake. 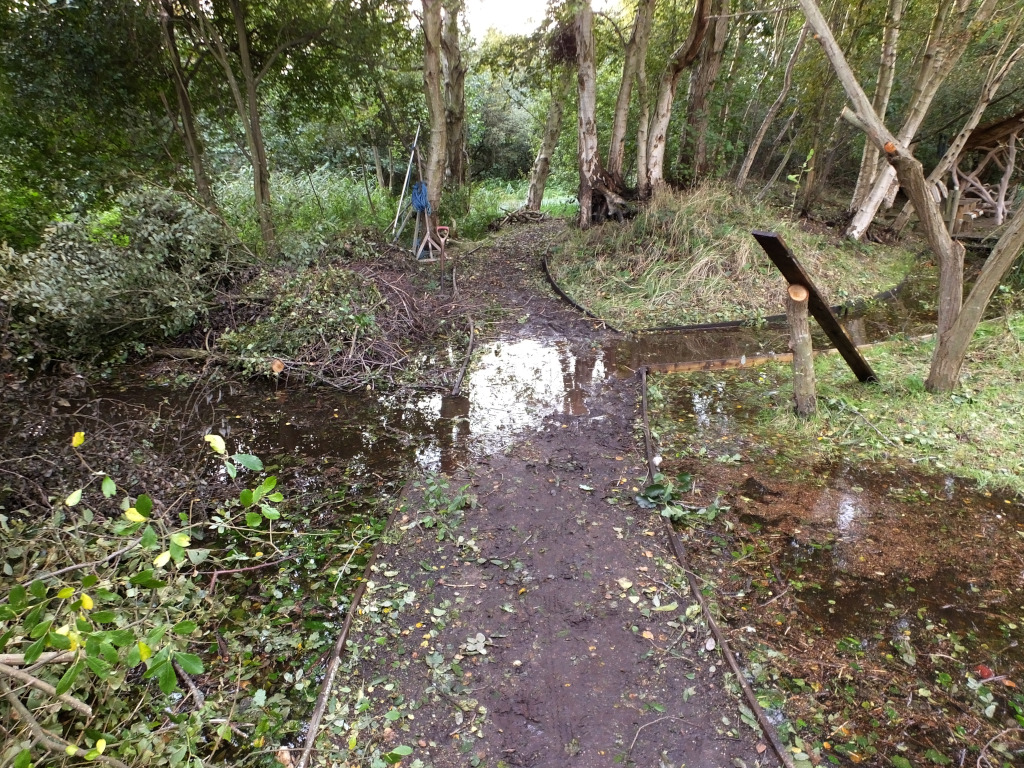 Moving on, at "The Dip" I took a photo of the boat that the Green Team had drawn up on the bank. If it wasn't for the weight of water in it, it would have been on the point of floating away. 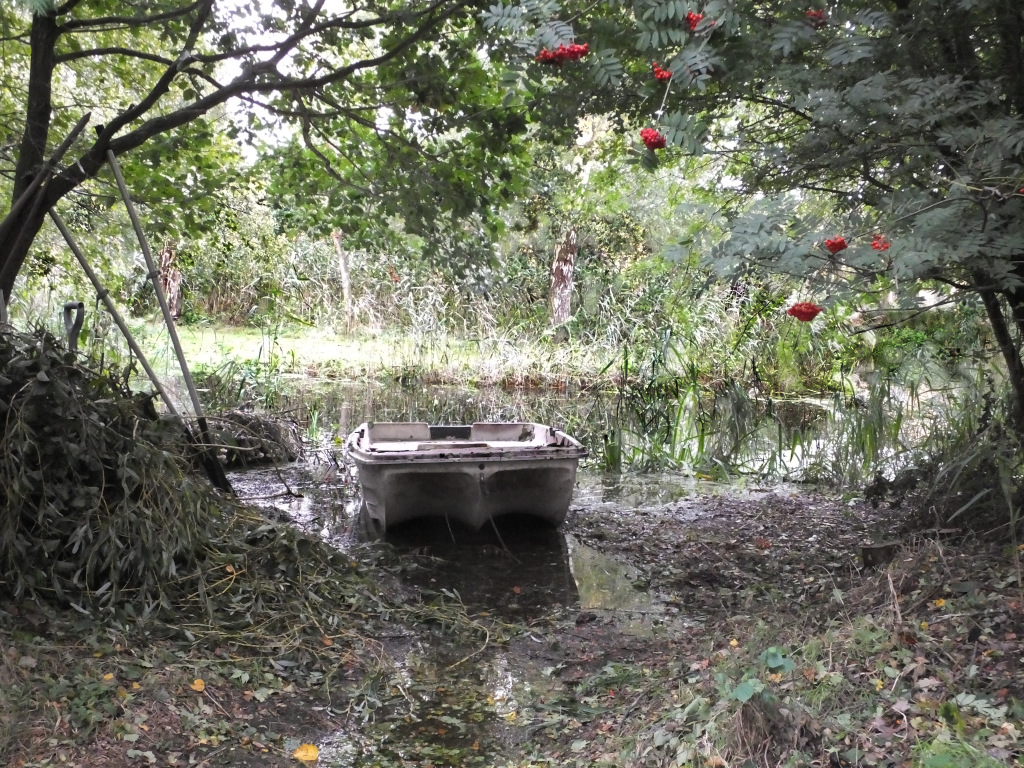 But the main reason for taking walk around the grounds at the end of the day was that today marked the completion of the initial coat of stain on the cabin and that deserves A Separate Post!