The Little Fish are Growing

Since finding that large pike head on the bank of the lake a month ago, I haven't managed to spot any of the larger pike that were so often seen earlier in the year. That's not entirely surprising. The lilies have continued to grow and the cultivated varieties now form large blocks of dense cover under which they can hide. I remain fairly sure the pike are still there as sudden disturbances in the water are often seen, and they must come from reasonably sized fish.

The small fish continue to swarm in shoals that appear to be up to a couple of hundred in number. it's hard to judge as sometimes you have to conclude that the tail enders are being caught up by the leading fish as they swim in circles round some of the patches of lilies. 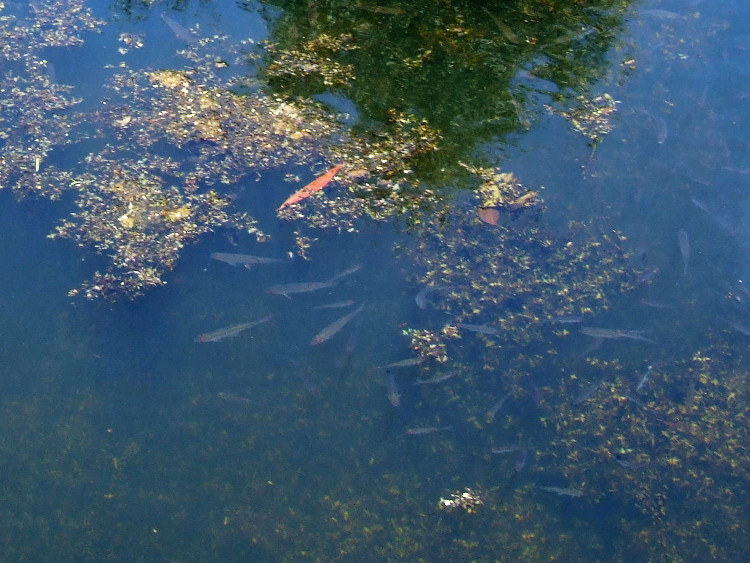 Today I had evidence that they really were growing, spotting a shoal with all members around two and a half to three inches in length. Up to now they always seemed to be barely an inch long.