The Lake Freezes Over

Today, for the first time this winter the lake was frozen over, and was still frozen at 12:30 when this photograph was taken. 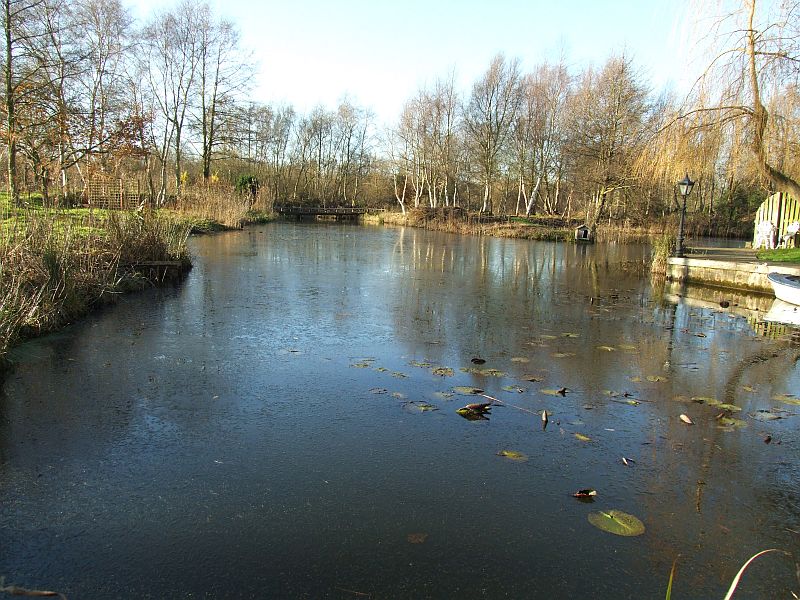 As is often the case, the ice sheet appears to be made of up of a number of smaller ice pieces frozen together. I have to assume that, earlier in the night, when it began to freeze, there was a breeze that ruffled the water surface and broke the ice into pieces. Then, later, the wind dropped allowing the ice pieces to freeze together into a single sheet and the frost, which was still in evidence approaching 11:00, to form on the ground.