With a couple of gaps Andi and Bex, the Green Team, have been helping us with both lake and grounds maintenance since 2014 and today has been their last day with us. They gave us some warning that, from today, they will be putting all their energies into their new venture "AB TreeArt".

Arriving early enough to see sunrise, they took these pictures, and more, of their last day with us. I'm just using those that feature the parts of the lake that border the grounds of Ruston House. 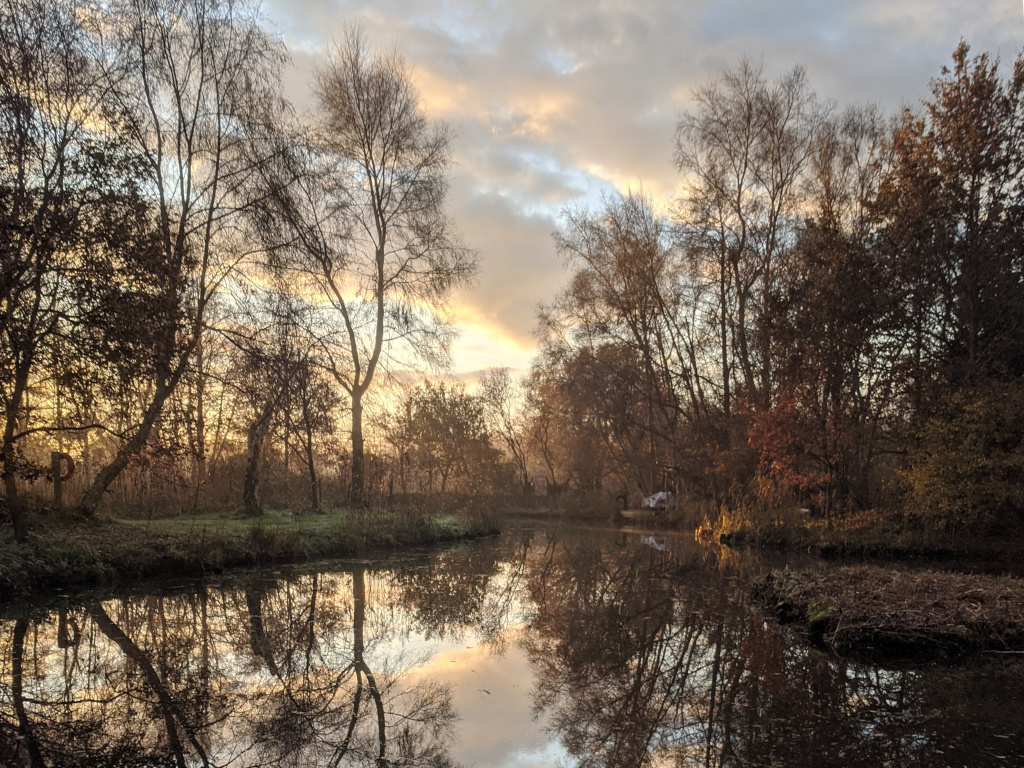 The first shot of the day was taken at 08:09 from the veranda of The Manna. It was a splendid still morning and Andi later told me that they heard a Red Deer stag shortly after they arrived. 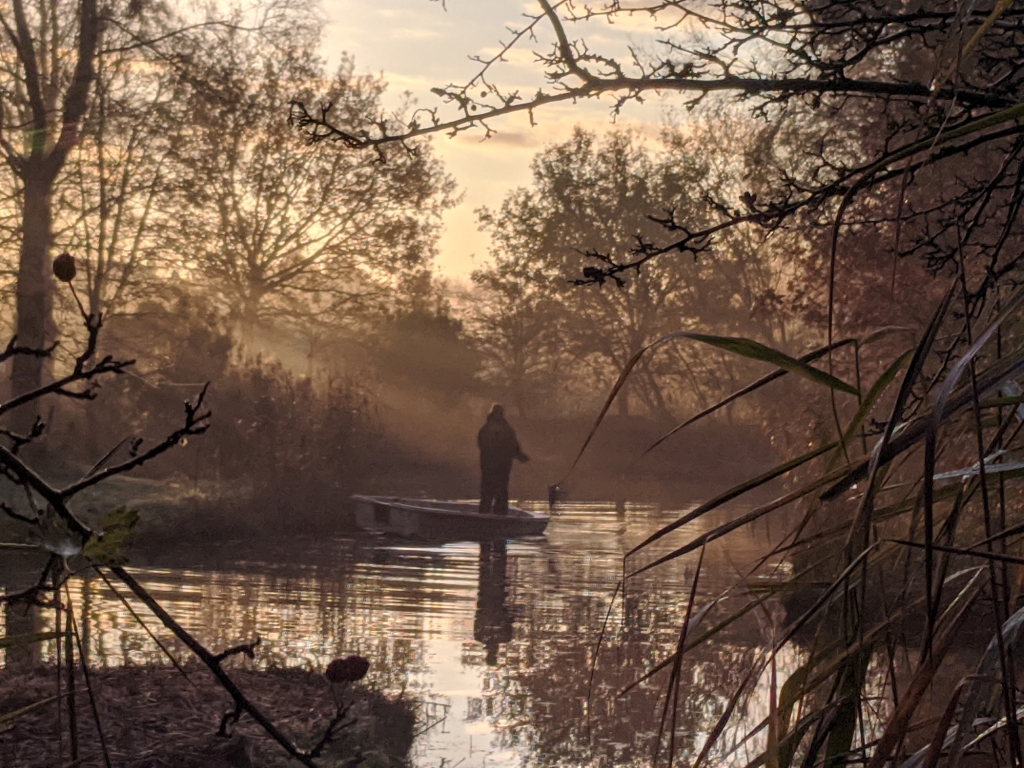 It was largely to be a clean-up day. Andi was soon out on the boat raking up some of the vegetation that was to be found floating after the last few week's lily root ripping. 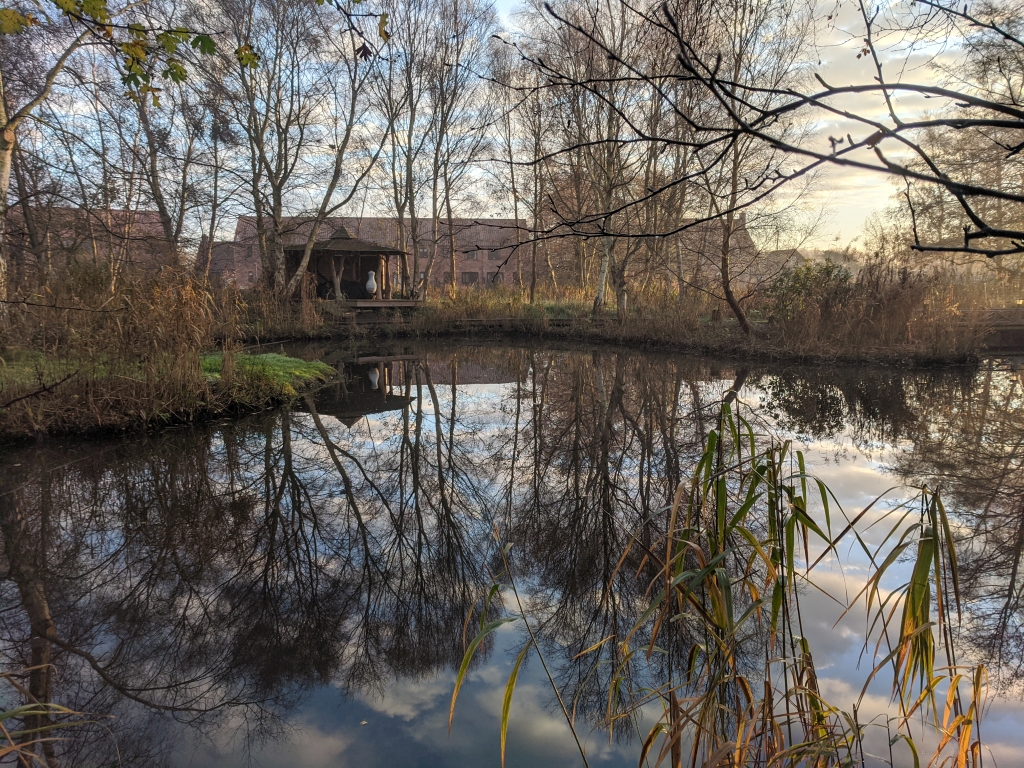 I'm almost never up at this hour so seeing the wonderful late-autumn misty scenes are a joy and, of course, taking pride of place on the main island is their creation, "The Tree House", as we now call it.

You'll see our earliest references to it were as a Viewing Platform while the Green Team initially referred to it as the ISH or island summer house, although most would describe it as a gazebo.

Diana and I commissioned it as a wedding present to ourselves, but requested those who wanted to give us something make a contribution towards its cost. There's a story to be read about Andi and Bex's own Wedding Present to us. 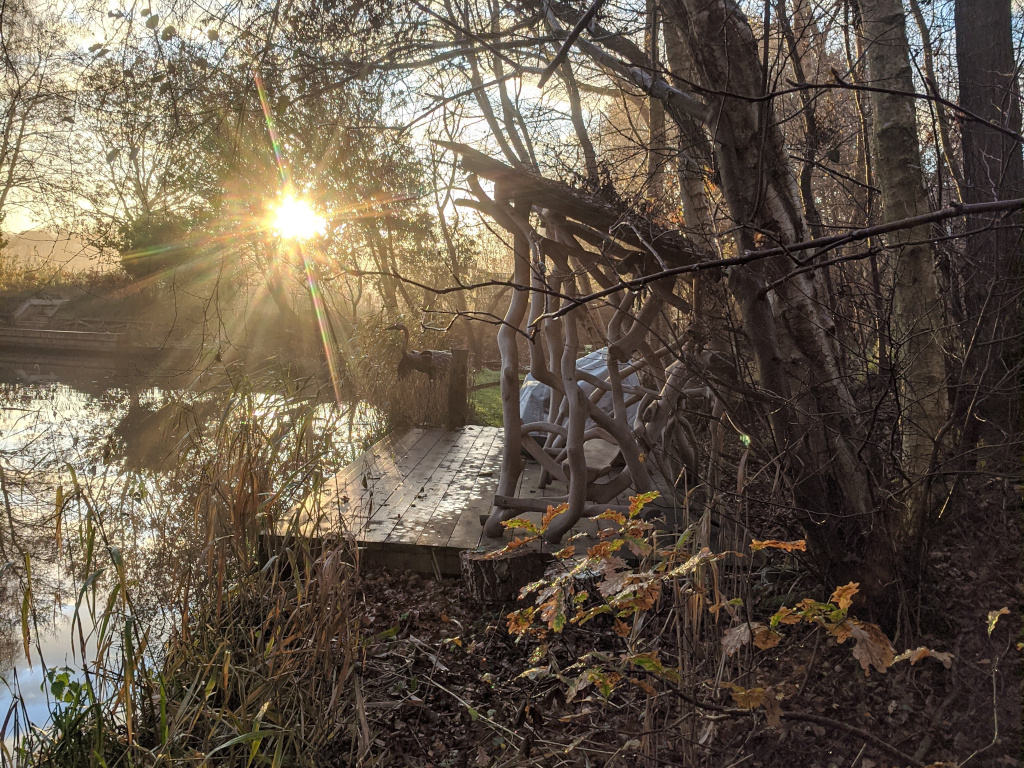 It was good that Bex also included a view of the "Ruston Bench", which is what inspired us to commission them to create the Tree House. It was something they created with us in mind from old oak logs salvaged from Hickling marshes. At the time they lived in an old artist's studio there and part of the deal was being responsible for maintenance of some 70 acres there. Having bought the bench to see if we would like it, in February 2015, we then commissioned the shelter under which it stands and, later, got our favourite decking and quay heading man to build the platform on which it now stands. 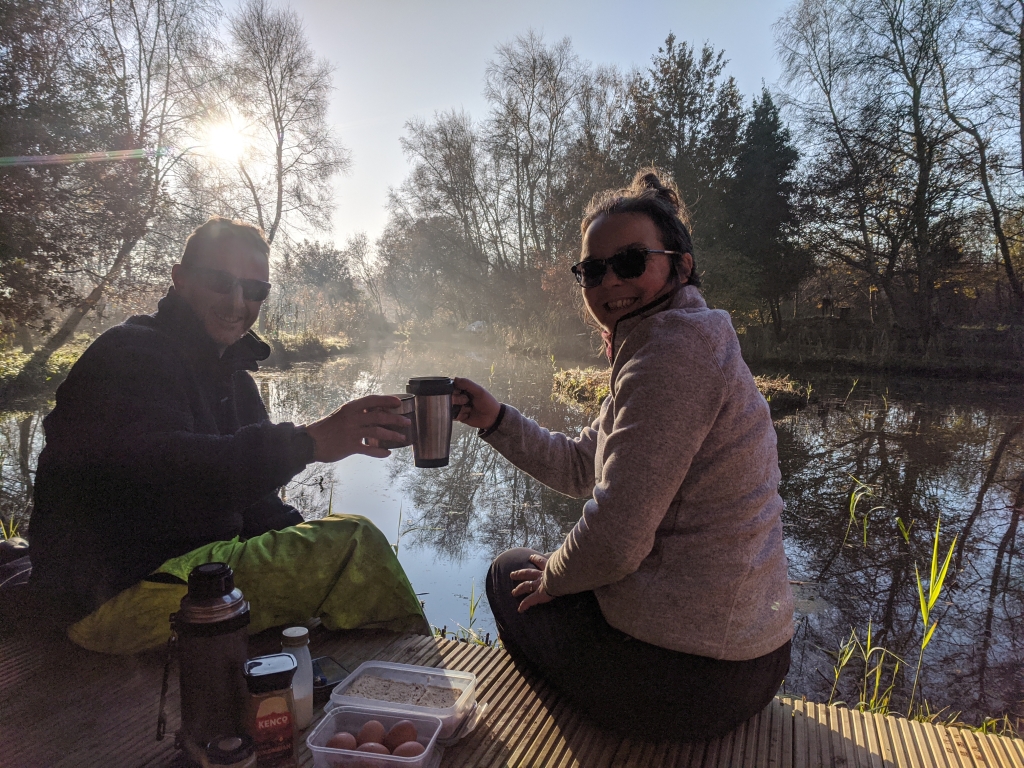 We complete their collection of images with their "selfie", sitting on the veranda of "The Manna", having their "dockey". That's a word I introduced them to, having learnt it when living in the fens. "Dockey" is a farm labourer's elevenses or lunch. The food you take to work with you in your "docket bag".  As a labourer on piece work you will accumulate dockets during the day that record what you have harvested and those dockets determine your wages for the day. 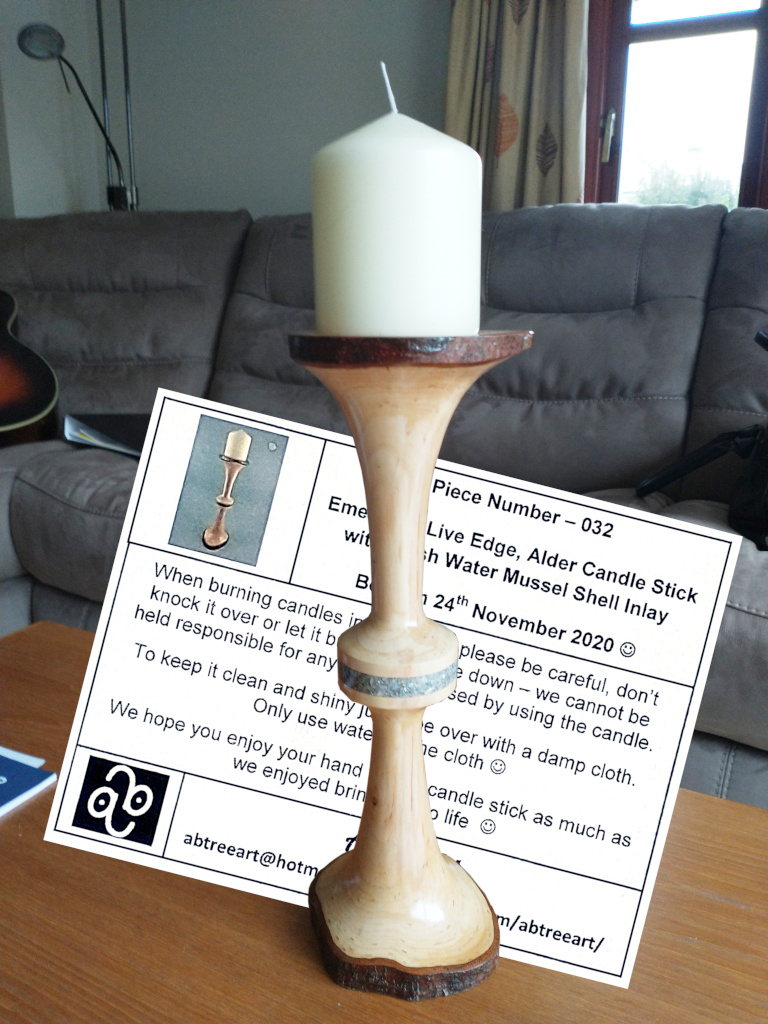 It was a mistake to forget to get the camera out for our final goodbyes when, under the gazebo near the house, we shared mulled wine and Tesco's Finest mince pies (whose recipe includes cognac, brandy and port).

They took the opportunity to present us with a gift, typical of their AB TreeArt products, a wonderfully presented piece of turned alder. The wood, we were told, was one that came from our grounds. The inlaid crushed swan mussel was also gathered from our grounds.

The photograph you see here is a composite. The candlestick is seen on the coffee table in our lounge. It has been merged with an image of the certificate of origin that they normally supply with their works. It will be a great reminder of their time with us.

I'm sure we'll continue to keep in contact. If the business grows they may need more of the wood that we could supply. There is also the promise of a lot more photos that they have taken over the years, so you may find that past entries get expanded as new images are acquired.