The Geese Are Nesting

It was a fortnight ago that I was told that a cull of the geese was planned. I had to point out that we were then in the closed season and it would be illegal.

Having walked the grounds I could understand why holiday makers might complain about the goose droppings on the lawns. Of course you could argue that if they are told that we have resident geese then they should expect it, as it is easy enough to find out the implications of resident Canada Geese, which are regarded as a pest in some quarters. A quick search on the Internet told me that, due to their inefficient digestive system, each bird produces droppings every six minutes. 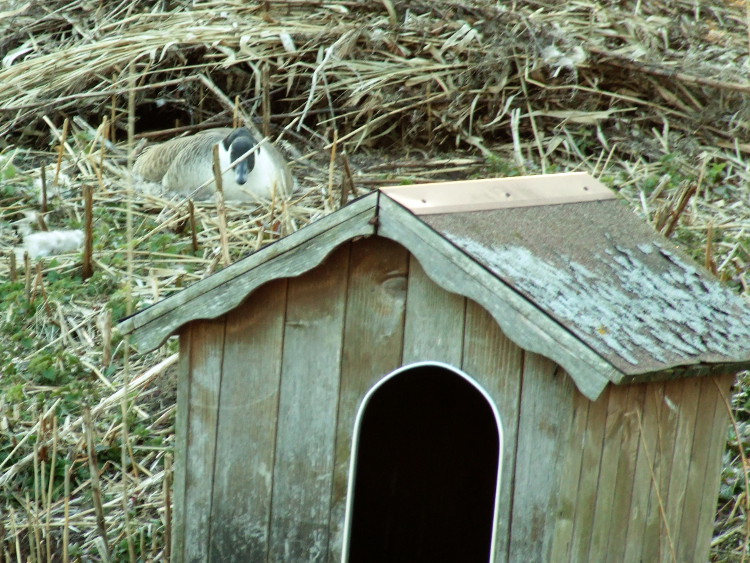 As the female had nested on the island my solution was to grant permission to access it so the eggs could be oiled. This prevents them from hatching, so at least it should mean we don't get more than a pair at Ruston Reaches this year.