The Duck House - In Use

After an exhausting couple of days for me and Diana's first night in our new home it was planned that we should have a bit of a lie-in. It was around 09:00 when I took a look out of the bedroom window. I was to see "Mummy Goose" taking an unusual interest in the building a few feet from her nest.

I really have no idea if what I call the Duck House was ever intended for ducks. I does seem rather large for them, so perhaps I should call it the Goose House, but that doesn't seem to roll off the tongue in the right way.

Whatever its name, the goose eventually climbed out of the water and onto the ramp in front of the doorway. She peered inside and , after a few seconds, actually walked in, turned round and sat down. 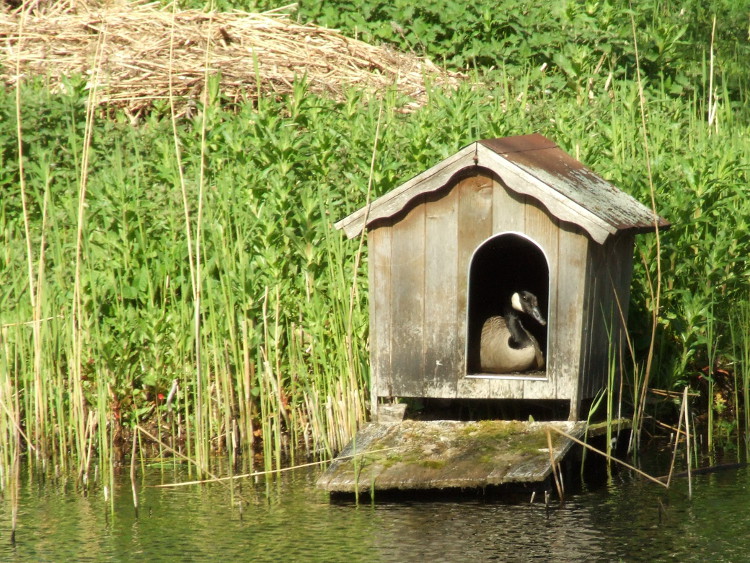 The big disappointment was when, less than a couple of minutes later she got up and walked out again - and I've yet to see her take any further interest in the Duck house. But is this a sign that she really has reached the point of giving up on her nest and the remaining eggs?