The Cormorant is Back

It's back! It was about 17:50 when I noticed that the Cormorant I'd spotted the other day was again to be seen, with outstretched wings, on another of the fishing stands behind the house. Bang goes the theory that that posture was anything to do with it warming itself in the sun.

This time it was further away and it was going to be too dark to get any acceptable shot with my lens fully zoomed so there was nothing for it but to go outside and try to get a closer shot with a wider angle lens. I approached slowly. By now its wings were folded and I took my first tentative shot. 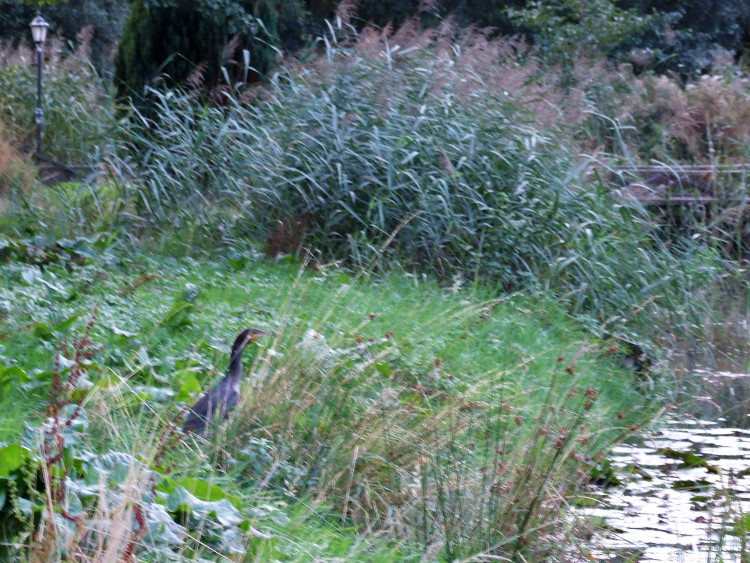 Another few steps and the bird was in the water. Just as my book on birds reports, when swimming the Cormorant sits very much lower in the water than the other birds we're used to seeing on the lake, Mallard, Moorhen, Swans and Geese. The book was right too when it said "head and bill angled upwards". 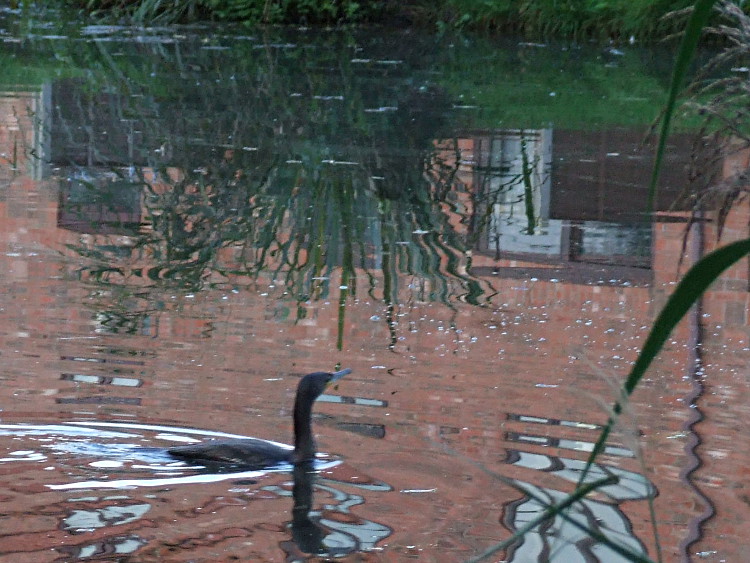 By now the bird had swum back past me, and as I took my final shots in the gathering gloom, the water took on a red appearance reflecting the brick of the cottages, reminding me of the first pictures I got, earlier in the year, of the newly hatched gosling.