There is a lot of talk of the coming Storm Aiden on the national weather forecasts but at Ruston House we have suffered the worst storm damage yet. This morning I went round the grounds taking photos of the damage that we woke up to yesterday.

First were the as yet unlaid path grids scattered by the wind, in spite of being held in place with bricks. 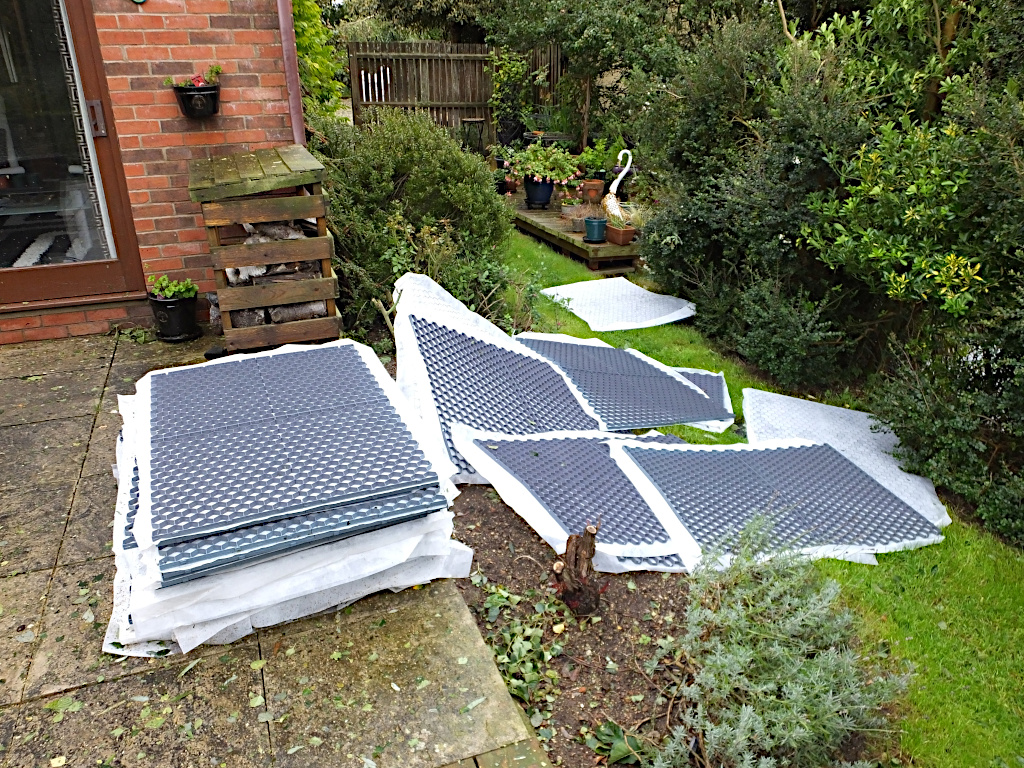 Walking down the path, the main trunk of the first crack willow you come to was laid across Peter's dyke. 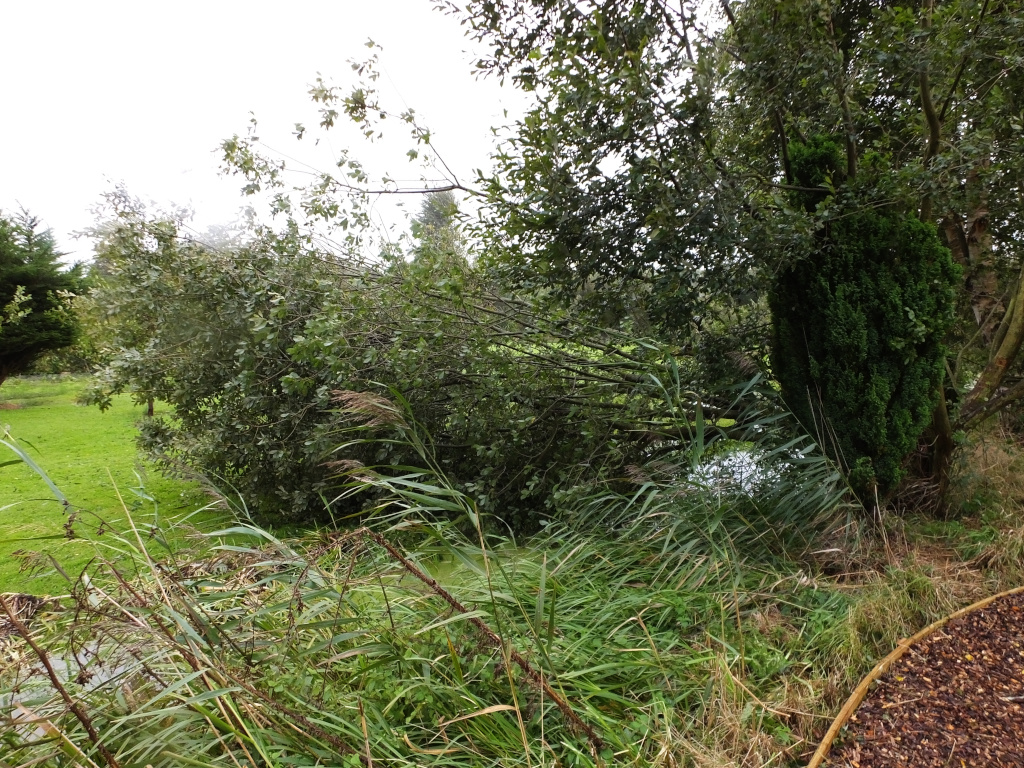 Further on, past the bridge, two more crack willow have major branches snapped eight feet above ground. It becomes clear that the wind was blowing directly from the north. 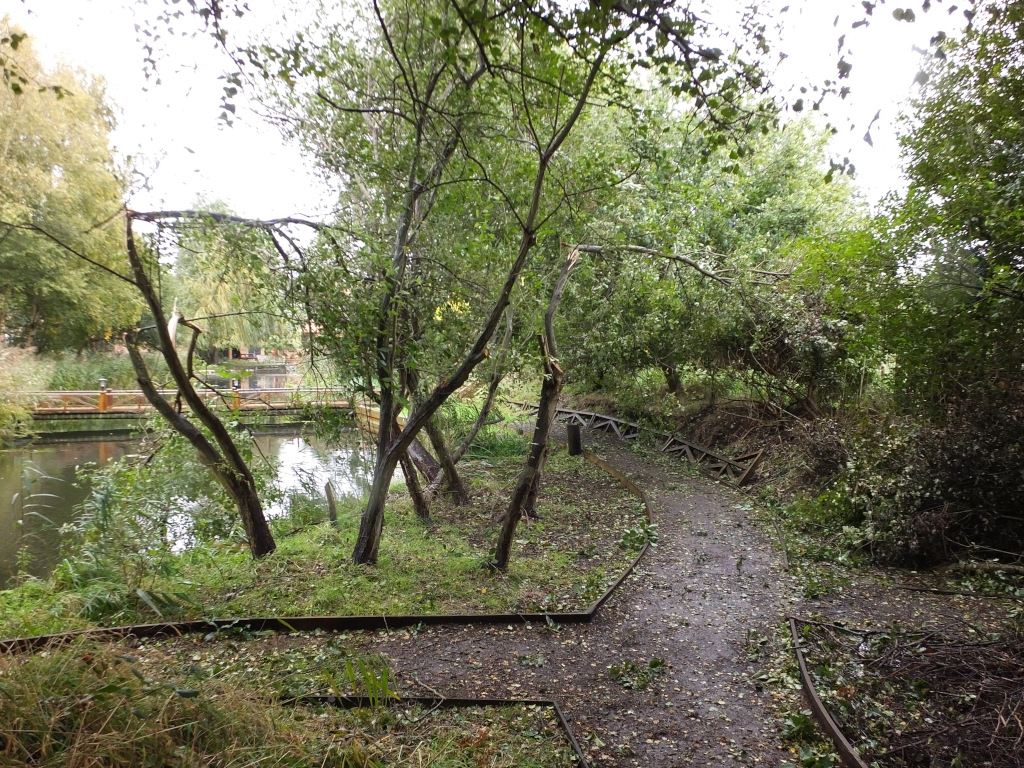 Walking further round the lake and looking across at the tip of the peninsula the main trunk of the last birch is also snapped off ten foot or more above the ground. 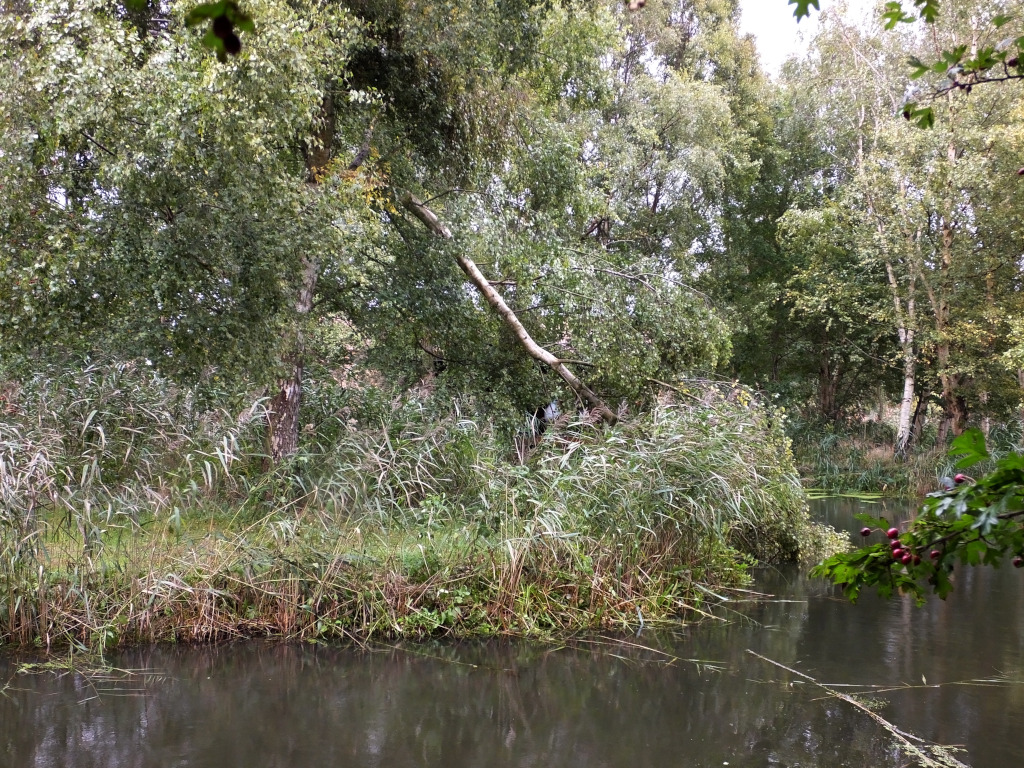 Further on round the lake by the retaining wall another tree is leaning perilously, only held up as its top is embedded in one of the lakeside hawthorns. What's surprising about this example is that its fallen in an eastward direction. 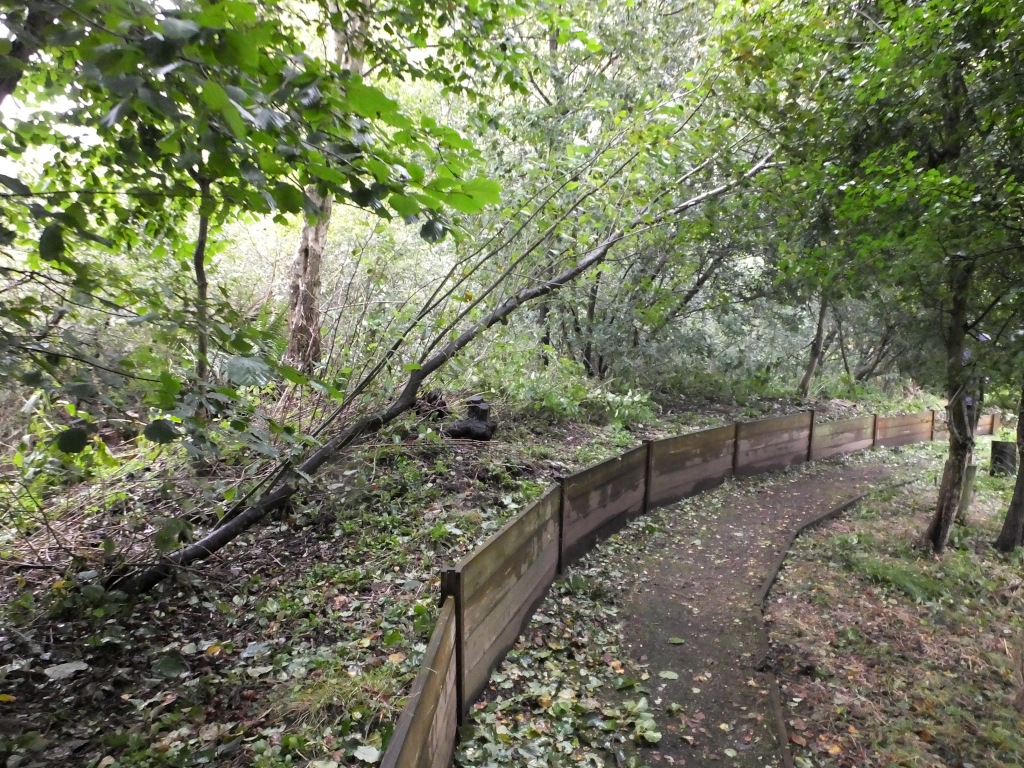 Going on through the gate by The Manna an onto the peninsula the second tree back from the tip, which lost its primary trunk a year or two ago has now lost its secondary trunk. 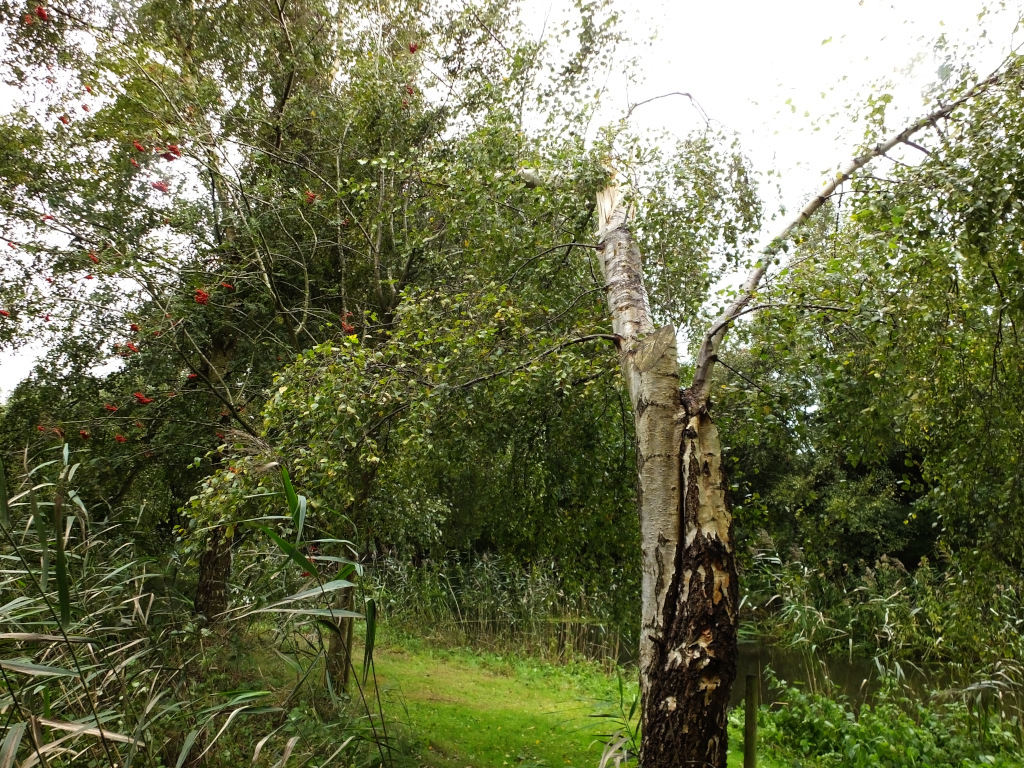 Returning through the gate and taking the dykeside path we find the path edging installed at the beginning of the year has been lifted as an oak has been taken by the wind, seemingly a north-esterly gust. 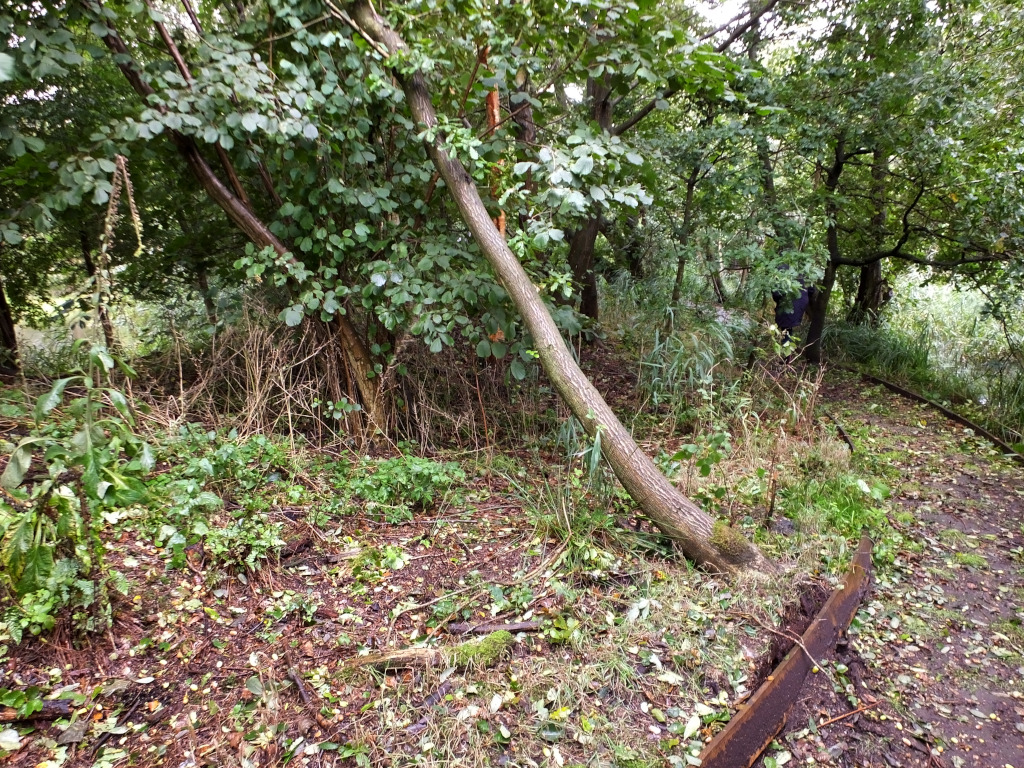 On the Poors Allotment side of the dyke another tree is now held up by its neighbour on the bank. 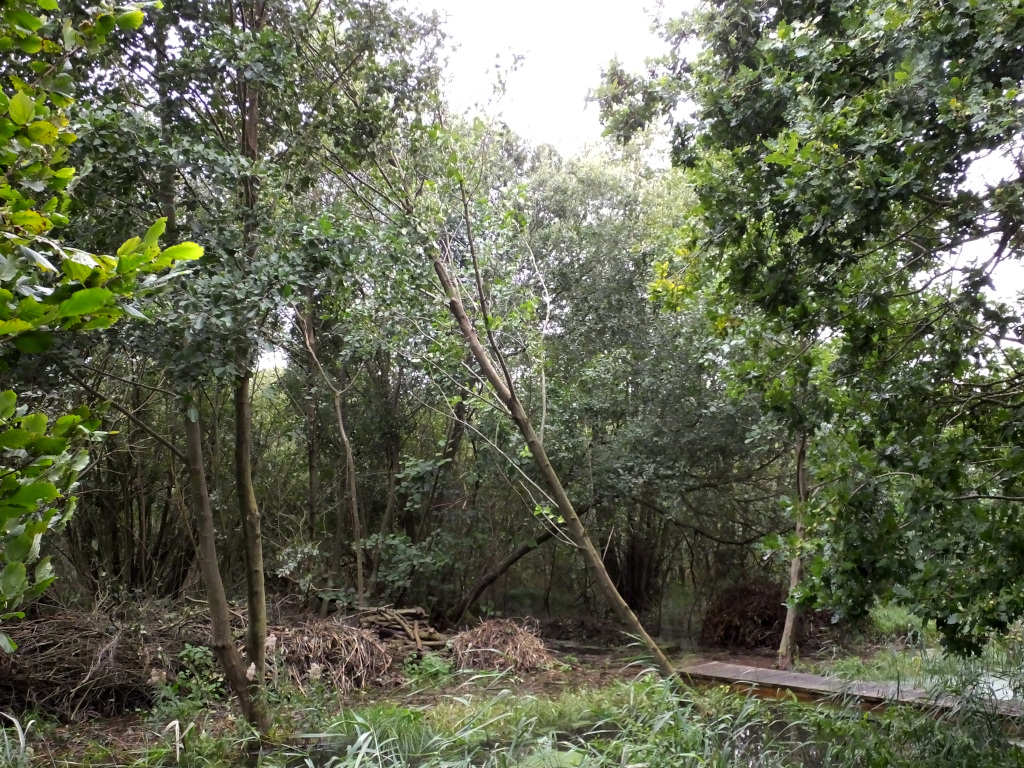 Moving to behind the reed bed (or should that be "Wildflower Meadow or "Vegtable Patch") we find the burning bins which have not been under water before, but that's only because they have not been sited here since the water has been this high. 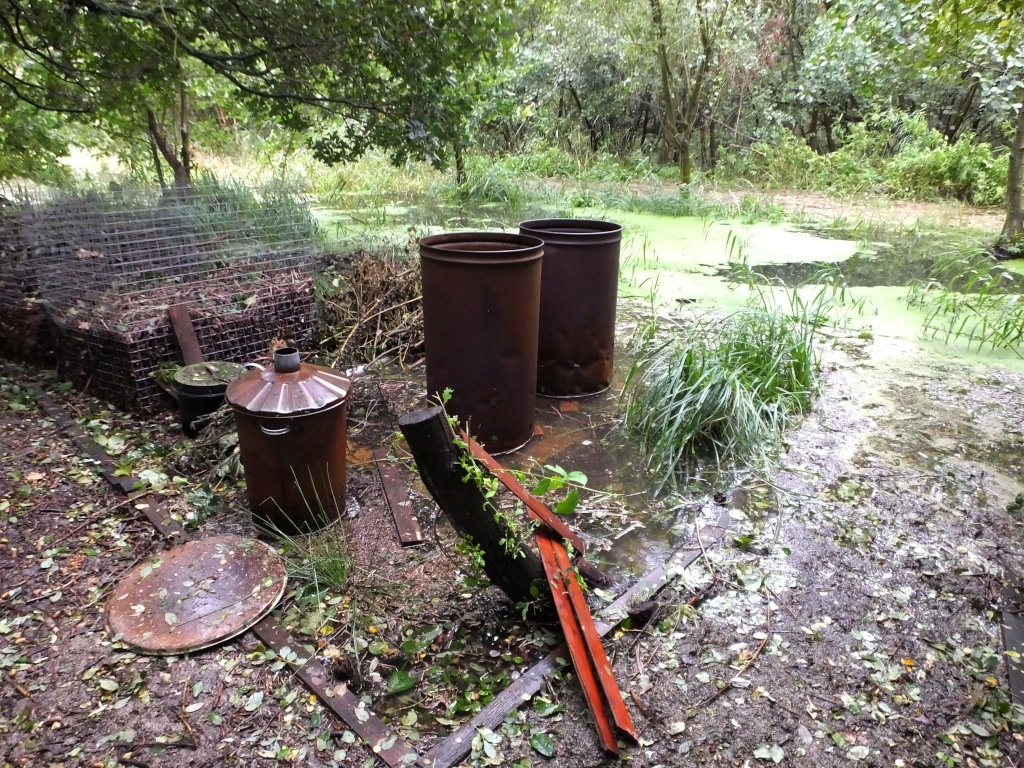 But what we have not seen since March 2013 is Peter's field so completely flooded. 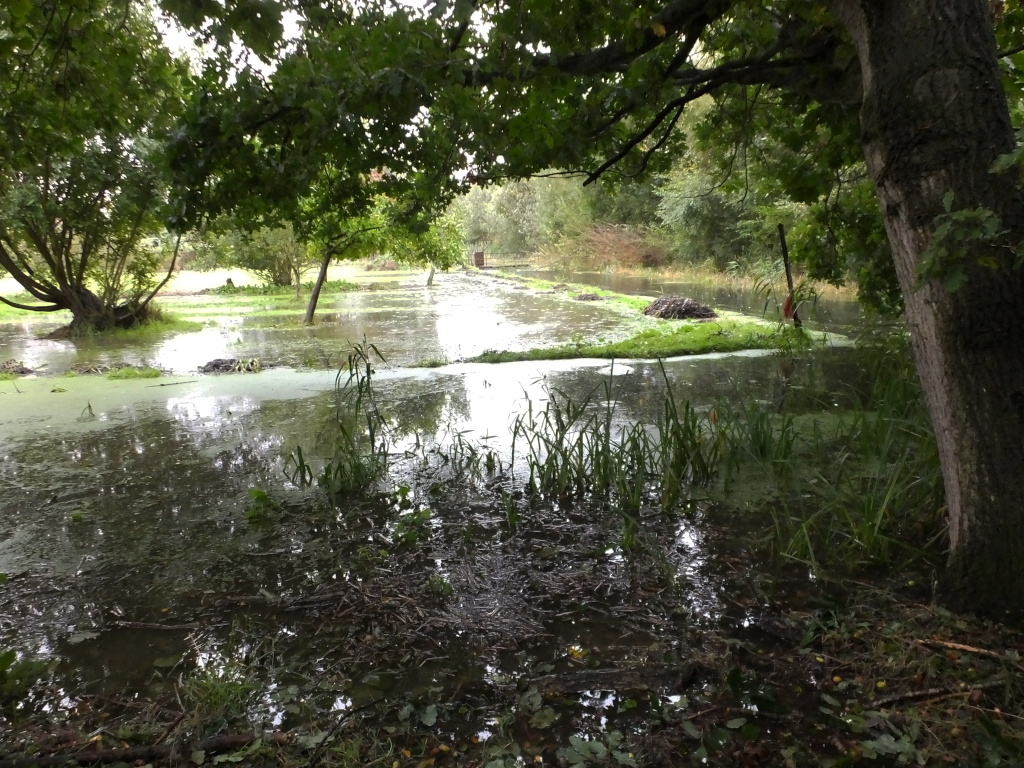 The Green Team have been contacted and asked to bring their chain saw with them!