As mentioned last week, one of the lunch break relaxations for our little team working on Ruston House is to go pike spotting.

As the weather gets warmer we've taken to taking breaks on the decking at the back of the house. After eating, it seems natural to complete lunch with a walk down the southern bank of the lake, the left side of the lake as we look out from the decking. 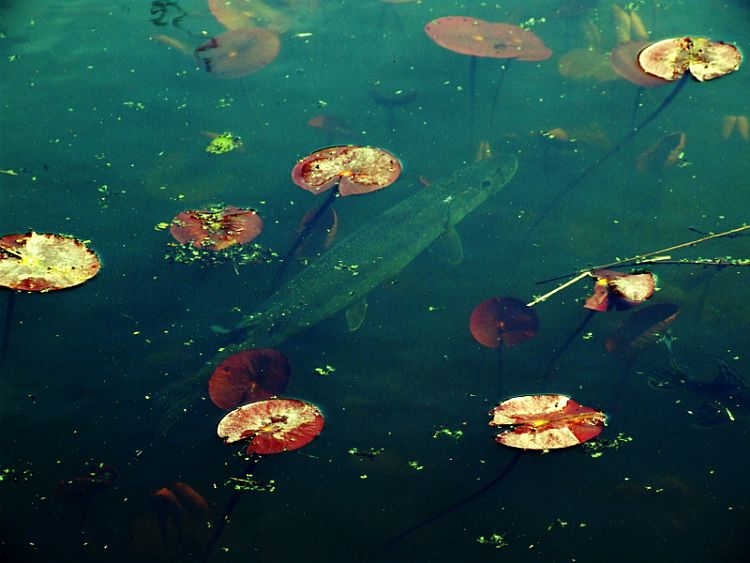 If the sun is strong, then it usually doesn't take much staring into the water around the lily leaves on the surface to spot a pike. David is the best at it. Usually, it is the tail that you notice first as the pike don't seem to like the sun in their eyes so always settle with their heads under a lily leaf.

The best places to look change throughout the day. It seems to be best to have the sun over your shoulder rather than in front of you, to prevent reflections obscuring the view. The two pictures here were taken from the decking close to the house. I reckon the the largest of the fish was about 18 inches long, though the builders thought they were closer to two feet. 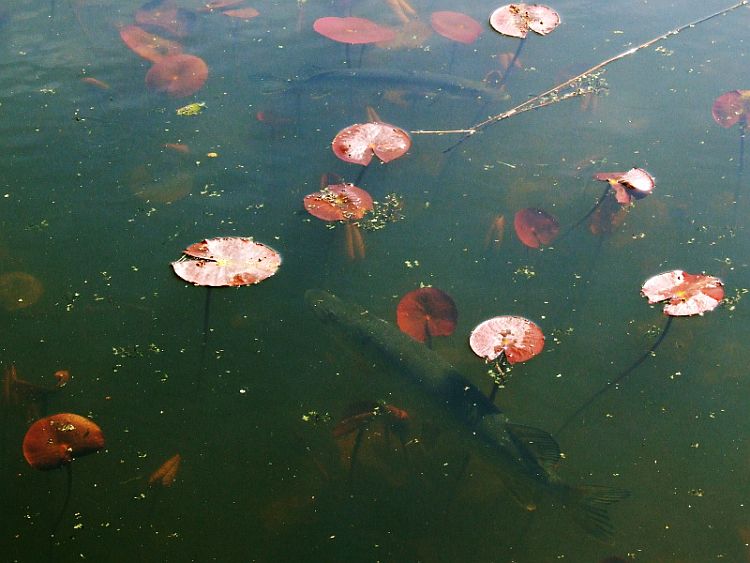 On one occasion I saw three pike at once, but this time the first picture shows the the same fish as one of those in the second. There is no doubt that there must be a significant number of pike in the lake. We seem to see quite a number of different sized specimens, from as little as six inches up to those seen in these images.