After walking round the grounds earlier in the afternoon, I returned having decided it was worth photographing what had happened at the gate in the fence that separates our ground from the communal ground behind the cottages. 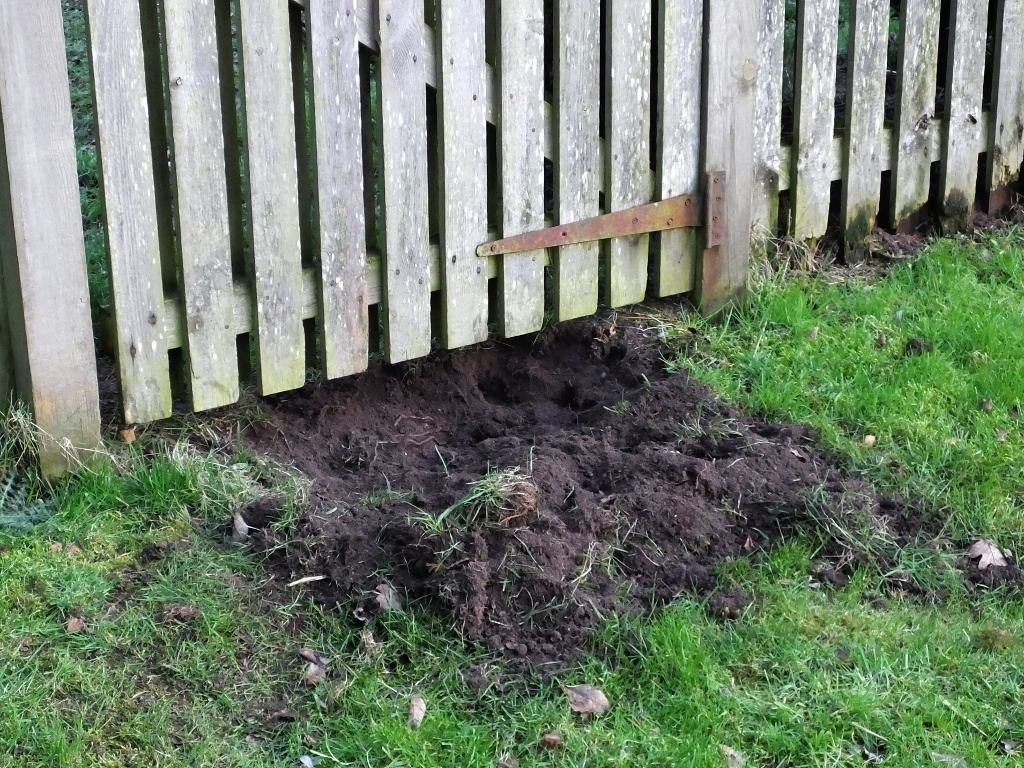 I am at a loss to know what creature might have done this. There were some claw marks in the mud, but I'm not expert enough to tell whether they might have been made by a fox, an otter or something else. An otter seemed a very unlikely candidate to me! Surely, if one wanted to reach the other side of the fence they would simply have taken to the water and swam round the fence. But then I'm not sure a fox would have been that desperate to get to the other side and I couldn't think of another candidate. 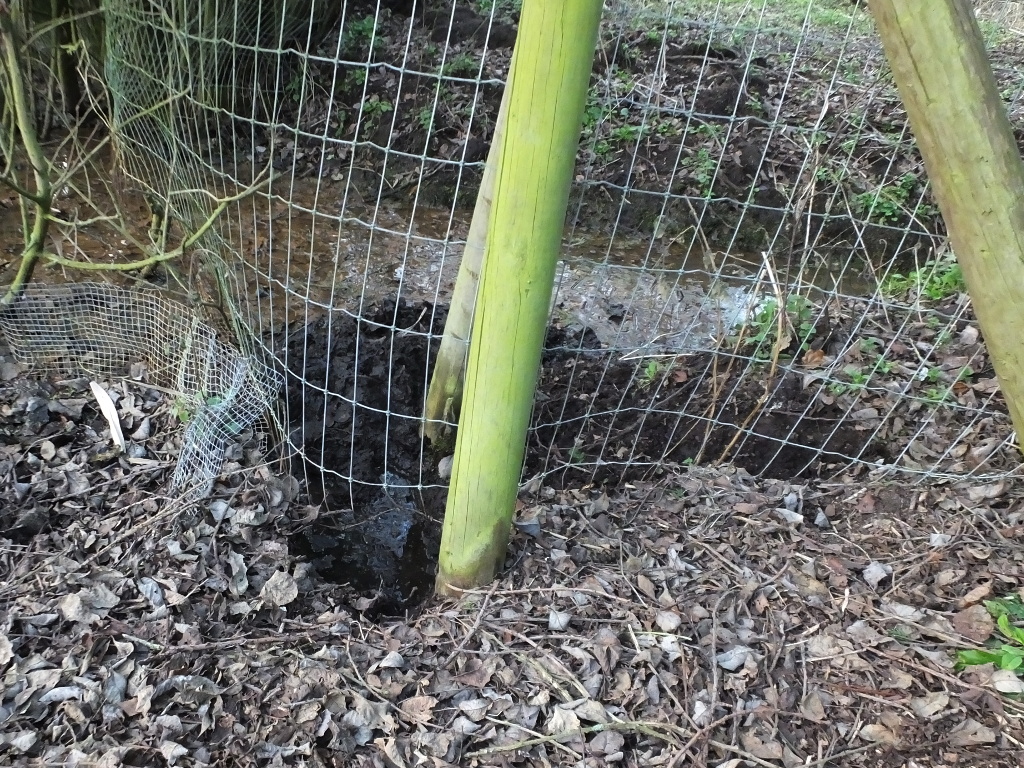 The one thing that made an otter seem more likely was that it wasn't just the gate that had had the treatment. Although a little less obvious, it appeared that the fence dividing our grounds from the fishing lake next door had also been undermined.

It wasn't really clear if either "attack" had been successful. There are no clear marks in the mud indicating that any creature had succeeded in passing under the mesh fence. Similarly, there was little disturbance to the ground on the far side of the gate and the gap under the gate itself suggested that nothing had passed that way that needed a hole as deep as it was on our side.

So, I await further ideas!