At around midday I took this photograph, which you might take to be snow. However, what you see is the result of a sudden hail storm. 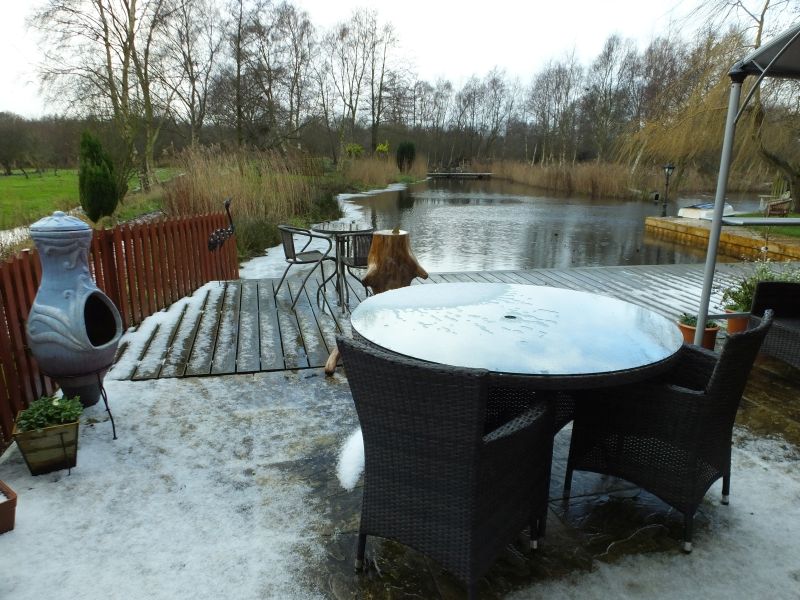 It didn't last long so where the hail fell on our neighbour's field the stones got lost between the blades of grass, but on harder surfaces it remained visible. Hail floats, of course, and it was the strong northerly wind that pushed any hail that fell in the water towards the southern bank of the lake.

There was a similar, but less pronounced, effect on land too, but as the hail didn't roll it didn't heap up in quite the same way.

You'll notice that our little boat has been taken out of the water for the first time in almost two years. It was over the Christmas holidays that my brother decided it should be brought ashore. He realised that I needed to find a way of emptying the buoyancy tanks, one of which has recently begun to fill, resulting in the boat having a bit of a list. It's also time to consider giving it a bit of a re-paint as well.