This afternoon just before 16:00 I was talking with David, our builder, when he drew my attention to what at first I took to be a butterfly resting on the gravel beside us, but not a variety I recognised. 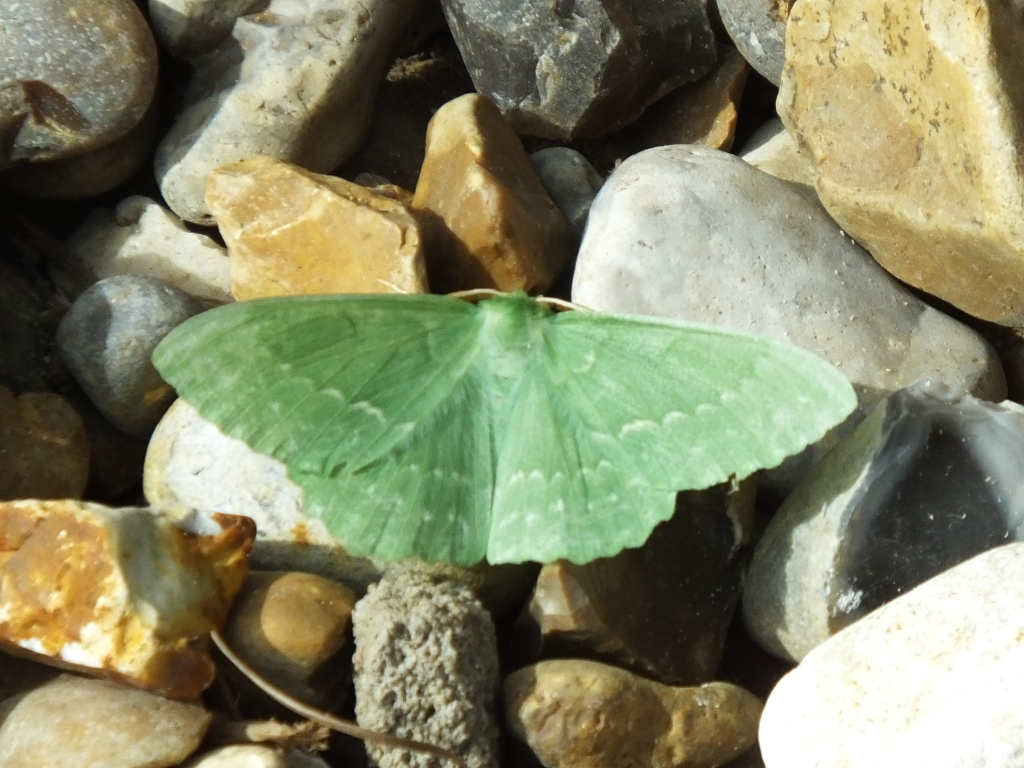 As ever, I had to research this one and it seems it is a Small Emerald Moth. It appears that it was not unreasonable not to have recognised it. The information I found says "the adults fly at night from dusk and are attracted to light" and that it is "found fairly frequently in England and Wales, north to the Wash but more locally in Lincolnshire, the Midlands and the west coast of England north to southern Cumbria as well as the Channel Islands. Occasional records in southern Scotland and the north-east of Ireland."

About the only reason for us spotting it would seem to be that its food plant is "Traveller’s-joy (Clematis vitalba)" and it was near a clematis, but not that variety and I suppose you could say we're half way between Cumbria and the Channel Islands though we're not exactly on "hedgerows, open woodland and gardens on chalk or limestone where the foodplant grows".

Either I have the identification wrong or it was good fortune to have seen it.