Next Topic ›
Posted by

After many months of collecting any wood that we might be able to use to surface our paths we have enough to justify hiring a chipper. The machine is due to arrive before the end of the week. 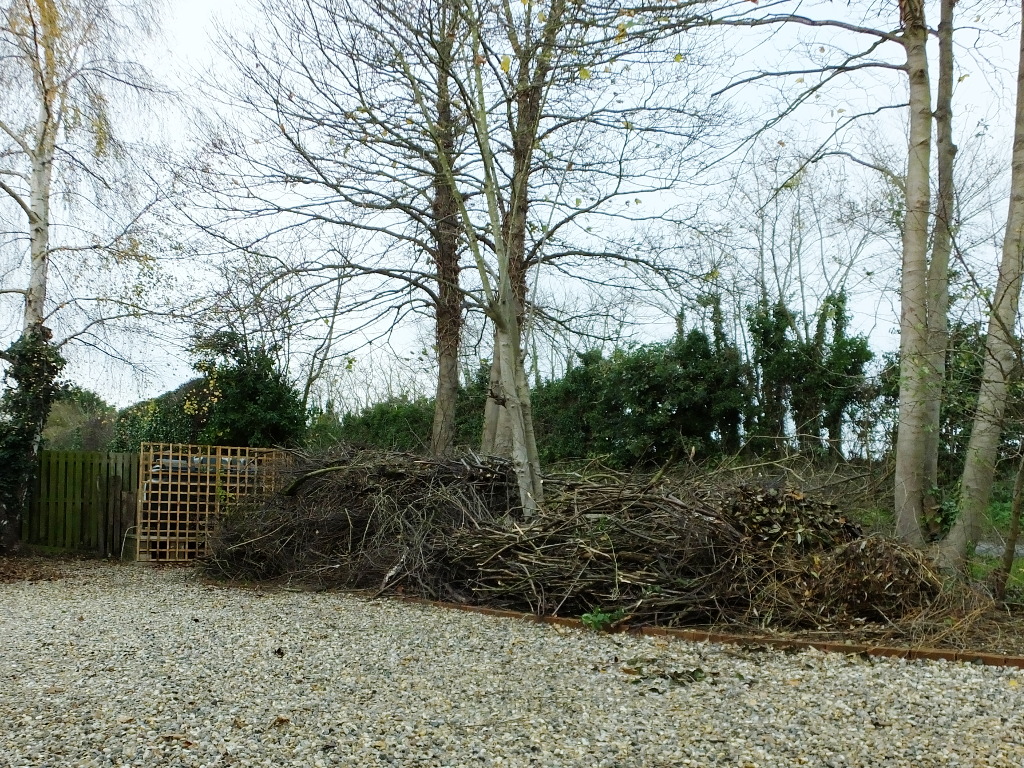 Experience taught us that trying to drag a petrol driven chipper along our paths to where the piles of timber were accumulating was not possible, so all that had been collected had to be brought to the front garden. 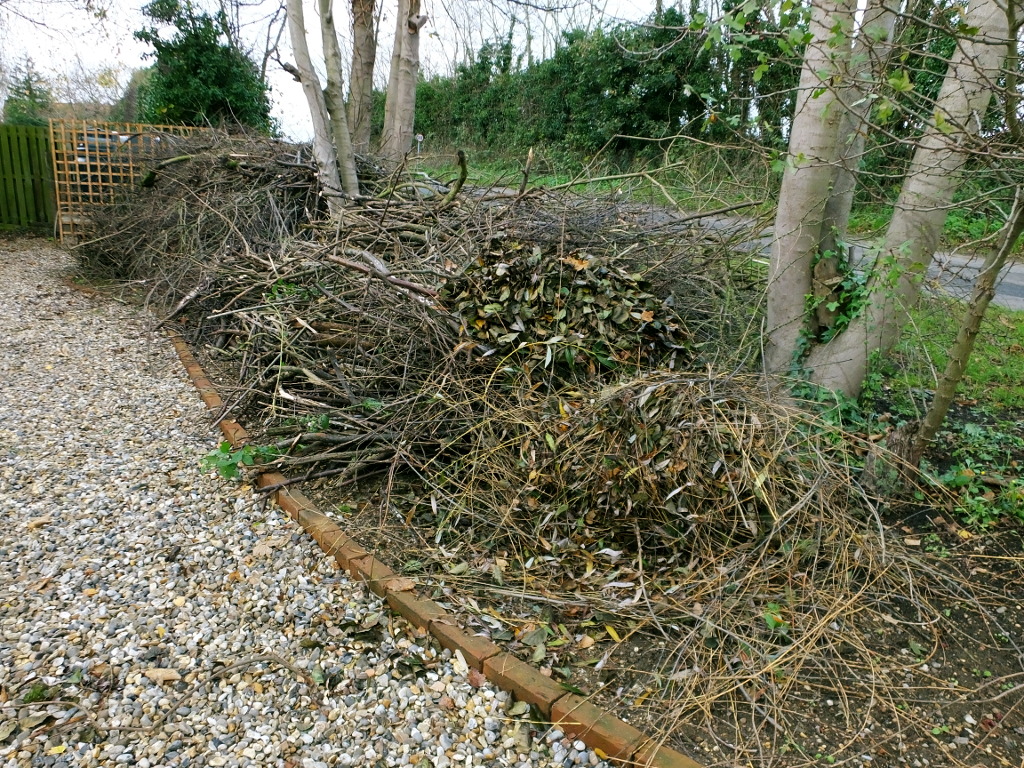 It was a combination of branches that had been pruned from fallen and felled trees - larger logs are kept for edging the paths - together with more regular "garden prunings" taken from shrubs that were getting to big for their position.

How quickly we'll be able to make use of the resulting chippings remains to be seen. It does mean that for the time being they'll be a large pile stored against the fence near Just 17.