Preparing For The "ISH"

Having found our inspiration for our Viewing Platform back in June, things had moved on. With the work on the decking around the house completed Roger was waiting for me to lay the foundations for the the platform he is to build.

Sand and paving slabs had been delivered and I had been busy trying to get them laid out in the agreed pattern so Roger could lay the main joists across them and they'd all be in the right place for the structure that "The Green Team" are building at their home on Hickling Marshes. The first photo shows how far I'd got by the end of play today. 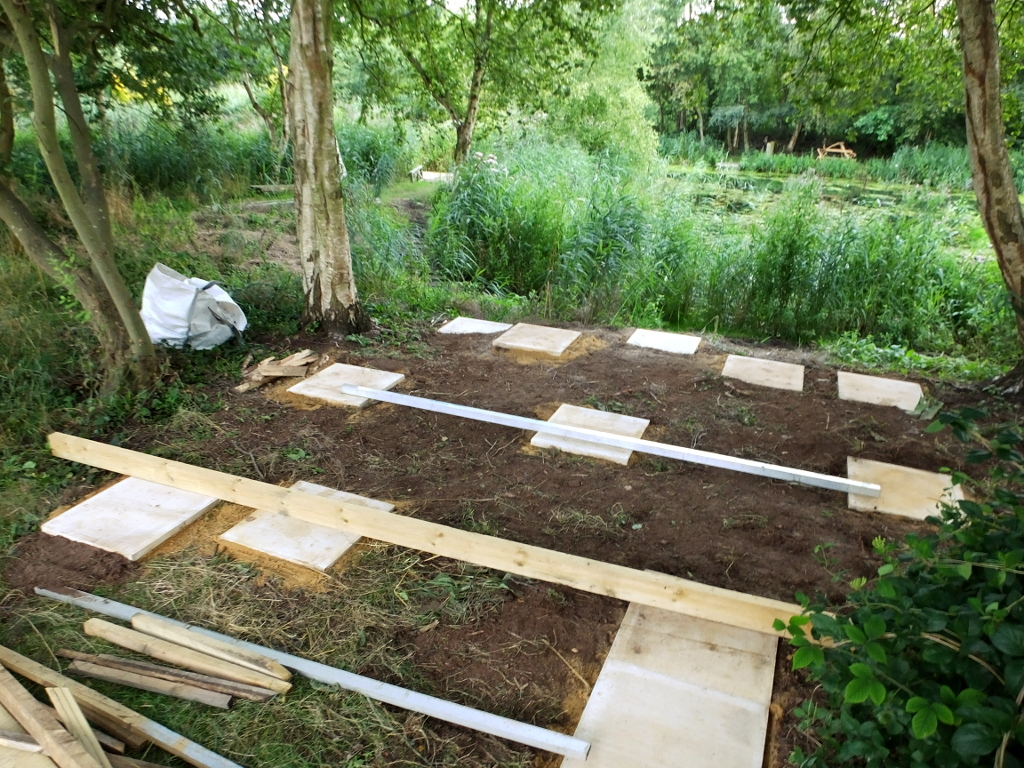 Earlier Diana and I had found time to go and see how the work was getting on at the Green Team's place. When we arrived we found Bex working on sanding one of the uprights. With her ear defenders on she hadn't even heard us arrive. 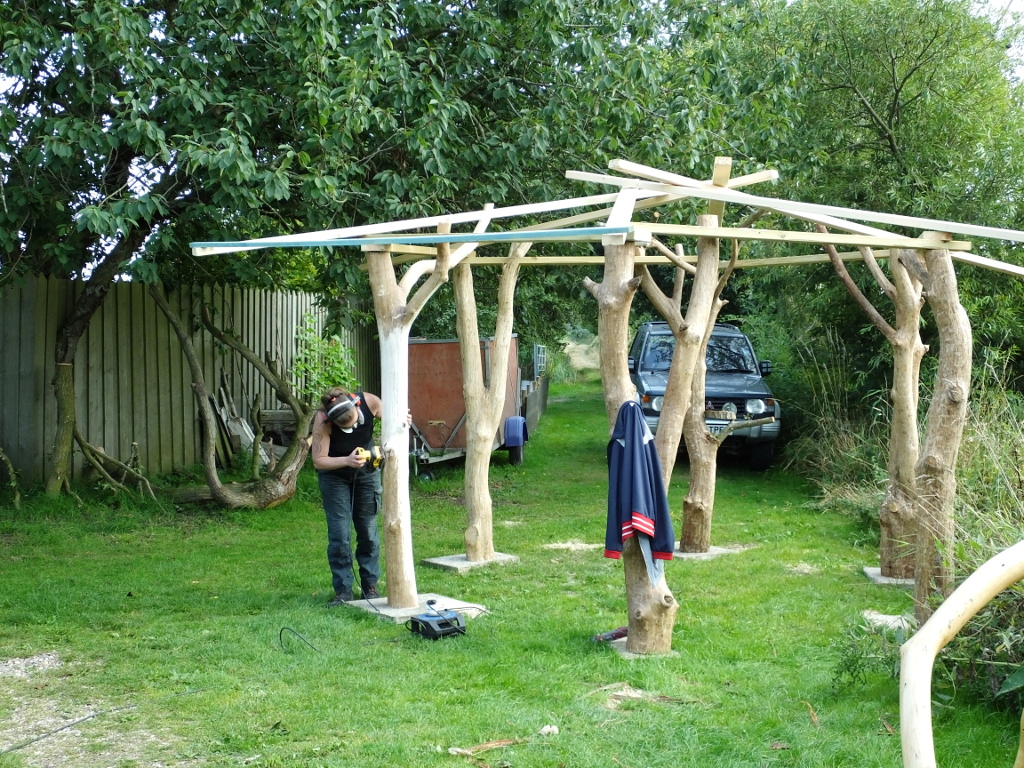 The main supports have all been scavenged from dead oaks found on the marshes which they maintain for the landowner and give rise to the name we are beginning to call the structure the "Tree House". Meanwhile the Green Team think of it as the "ISH", which stands for Island Summer House. 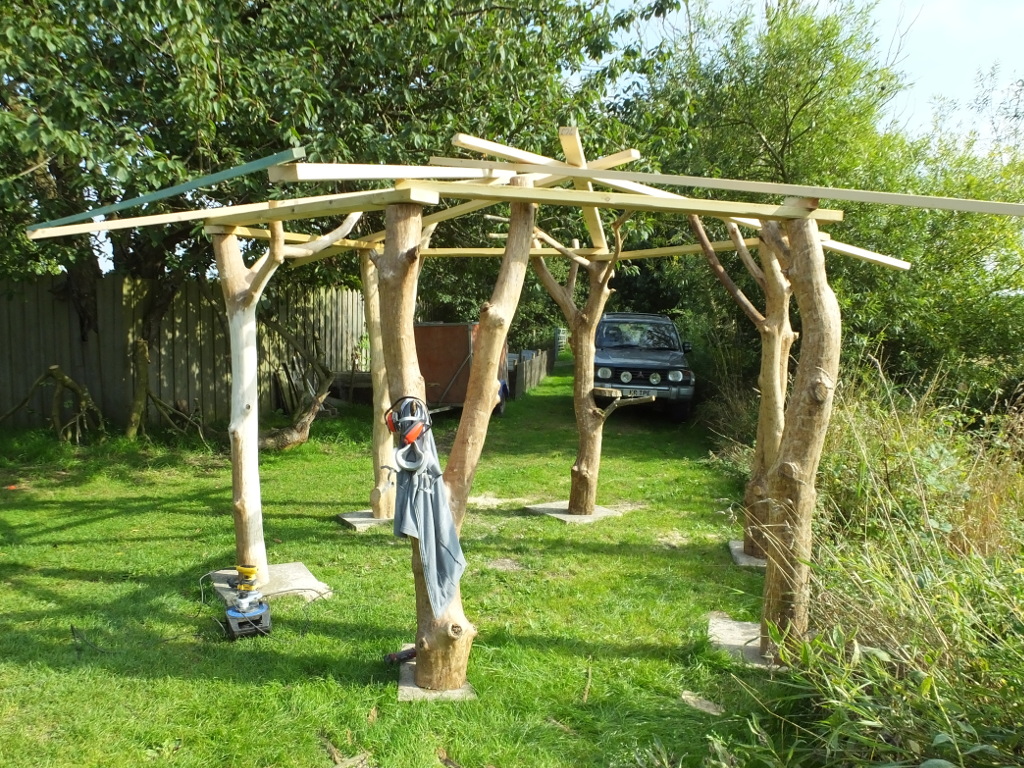 No sooner had we arrived than the sun came out. It seemed a good omen. Unlike the "inspiration" structure, whose supporting timbers were all straight poles, those that Andi and Bex have acquired all have branches and they hope to arrange them so that what they produce will have a vaulted ceiling effect. 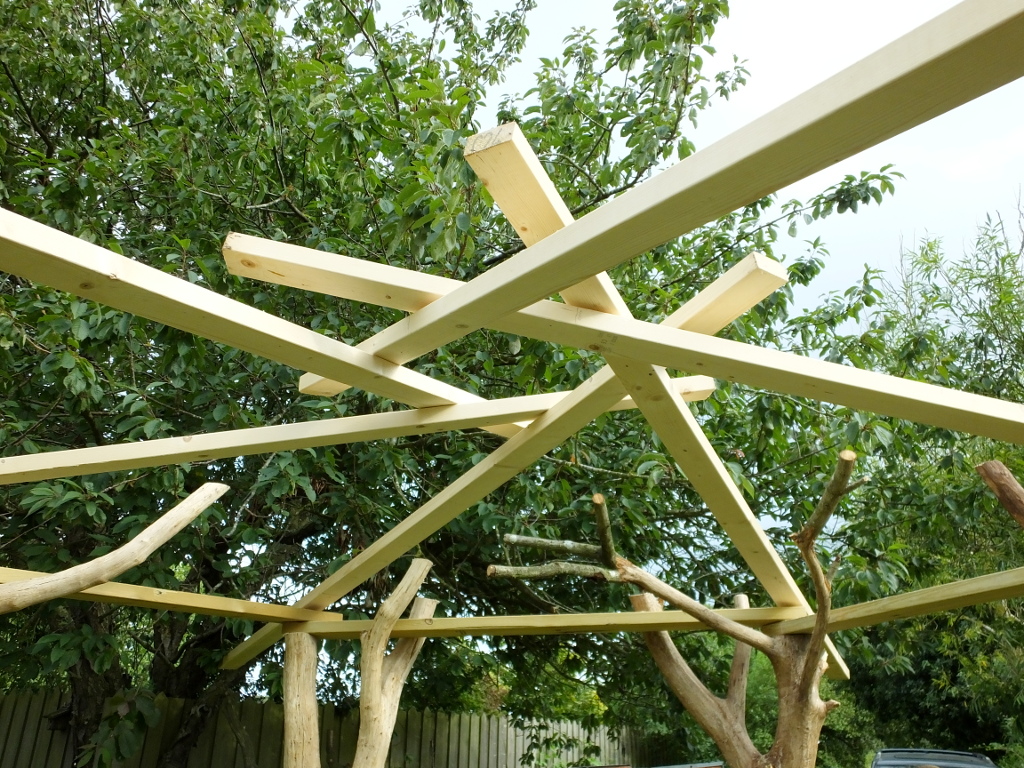 The roof will be different too! While the structure we had seen in June was topped with a set of regular triangular panels for a roof, Andi is determined to use a set of self supporting overlapping beams to hold up the roof and that means each of the roof sections will be slightly skewed and it will need a separate "cap" to go over the central hole that the beams leave.