Past Lily Root And Onto The Poors Allotment

Over the last few weeks the Green Team have been repeatedly dragging the special hook, made last year, through the lake in an attempt to slice through as much lily root as possible. Today I photographed the pile of root segments that have been collected together after they floated to the surface. 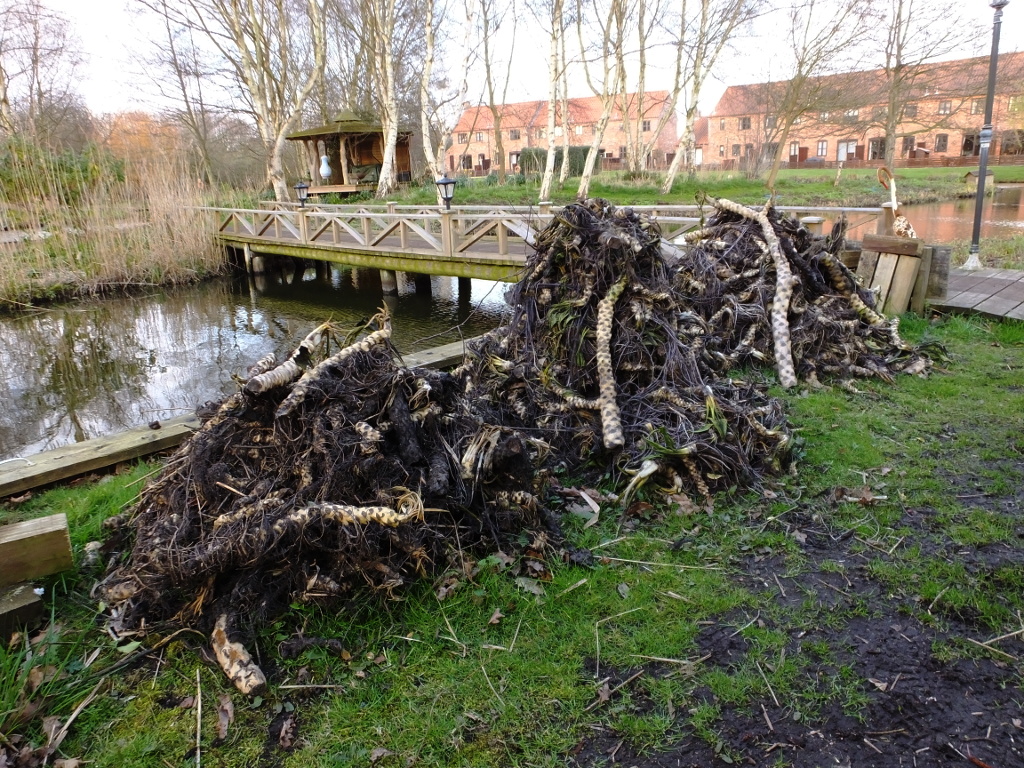 The theory is that the root that remains in the water "drowns" and the remaining plant is much weakened. The expectation is that this will reduce the the number of lily pads that can be expected to appear in the lake from around mid-May. Now we can only wait to see if the idea works.

Moving further on, to the junction that leads to the Ruston Bench, I pass by the area which, at this time of year, tends to be referred to as "The Primrose Bank". As grass and other flowers grow later in the year it will tend to lose that name. 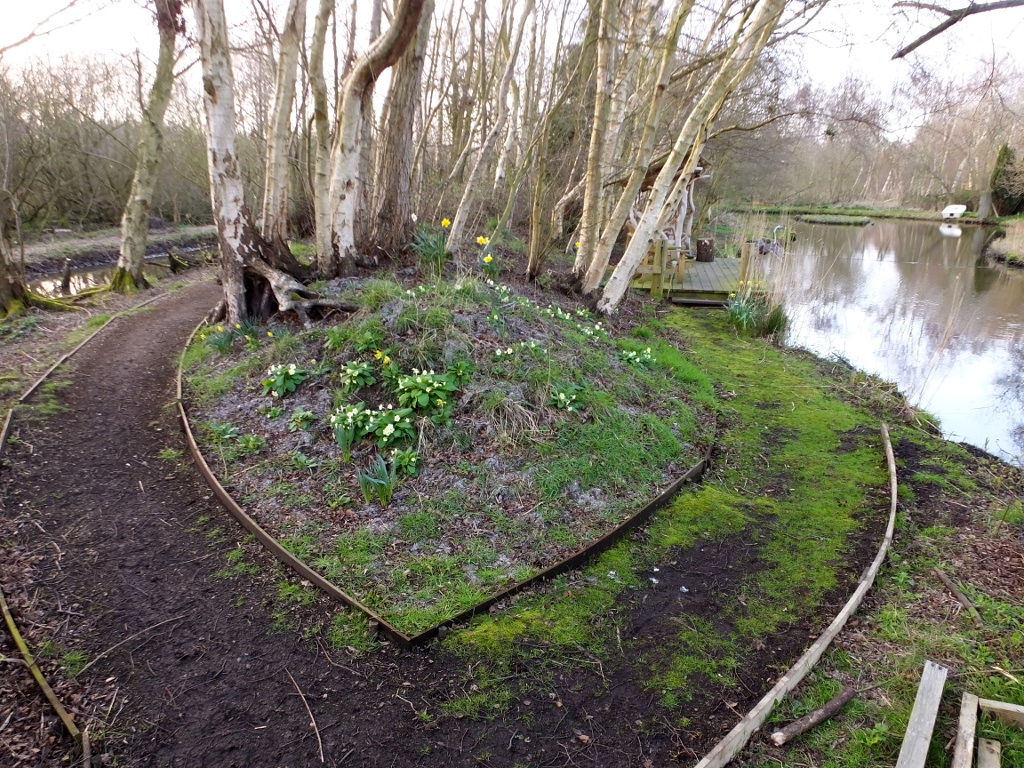 Continuing along the main path I take a left turn at the next junction to approach the new bridge that allows access to the Poor's Allotment. The water level seems particularly low at the moment. 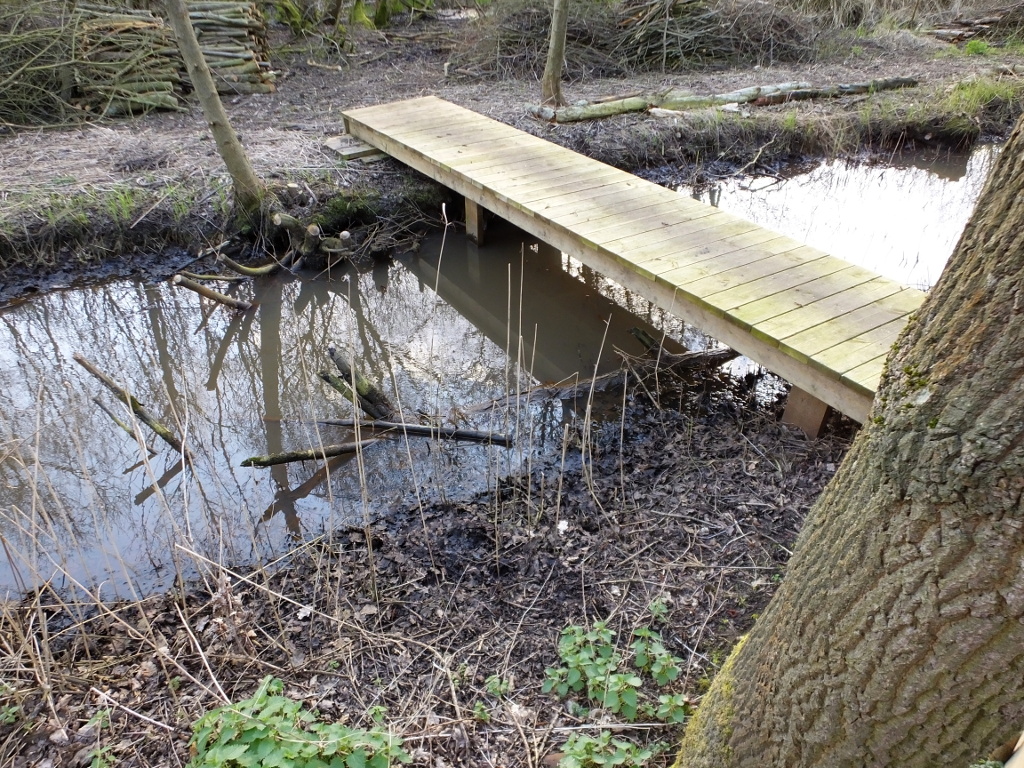 It's unfortunate that the fallen tree that runs under the bridge has one end still attached. It's going to be a fair bit of work to saw through it and manoeuvre it out of the way, should it ever be decided that it is the right thing to do. The guy from the Poor's Allotment who came to inspect the bridge said they are now being encouraged not to dredge the dykes overmuch as that helps protect areas downstream from flooding. 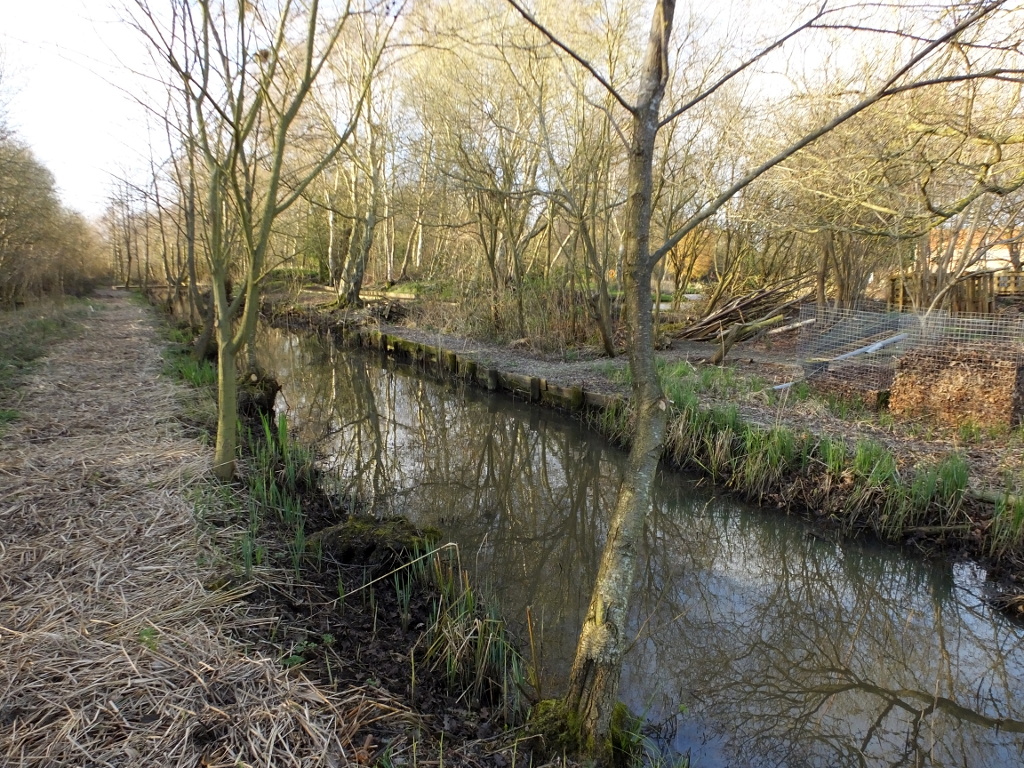 Crossing the bridge I walk to a point opposite the south west corner of the grounds of Ruston House and turn to look north. Walking this bank had been near impenetrable a few months ago - and no doubt will be again, once everything starts growing again.

On our bank you can see the two galvanised mesh cages created late last year to help compost the winter's leaf fall and our stock of logs, comprising the trunks of fallen trees or or some of those taken down after the winter winds cracked them. There's several year's worth now accumulated and quite how they will be used is in doubt as the plan is to give a more formal edge to all paths with plank edging. Up till now the logs have tended to be used to form a more rustic definition to the edges of the paths in the grounds.

This is also the first time there have been photos taken of the short stretch of bank that is supported with a rough quay heading created in 2015 with the remains of the fishing stands that were removed from the lake in that year.