If you've joined the tour at this point, you might prefer to start at the The Beginning of the tour. 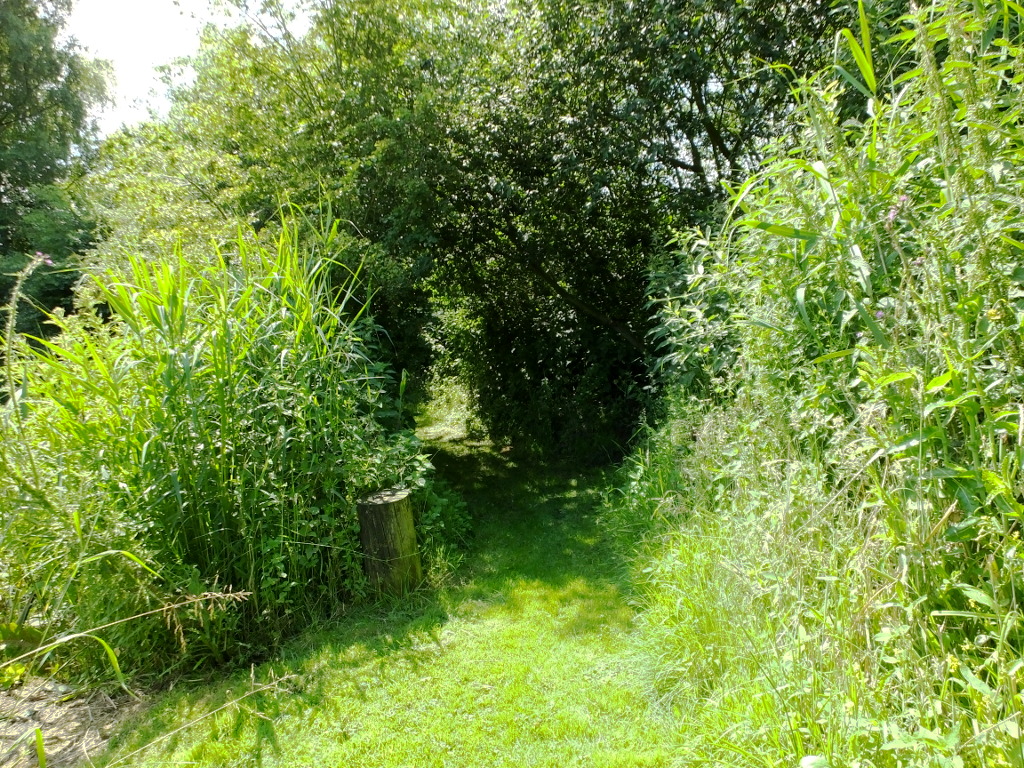 As we return from visiting the gate that leads through to the cottages communal grounds, we see the fishing stand mentioned on the way out. Just ahead, on the right, under the trees in shade is the junction... 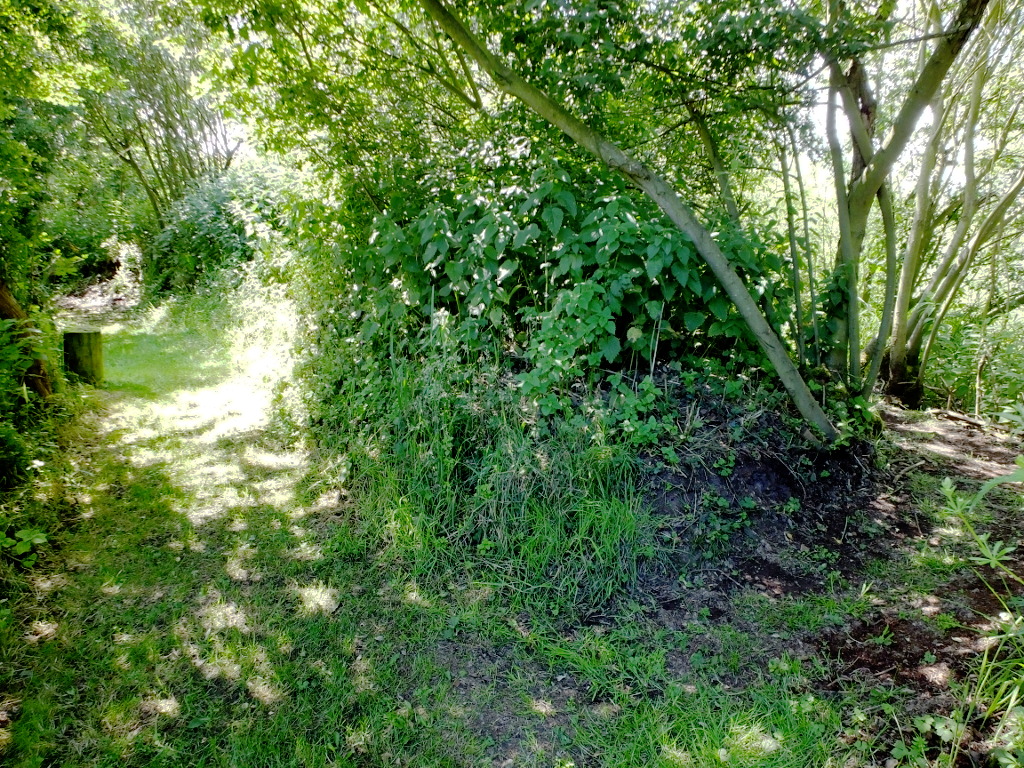 ...  with the New Path. This time we carry on round the curve towards the posts indicating another fishing stand. 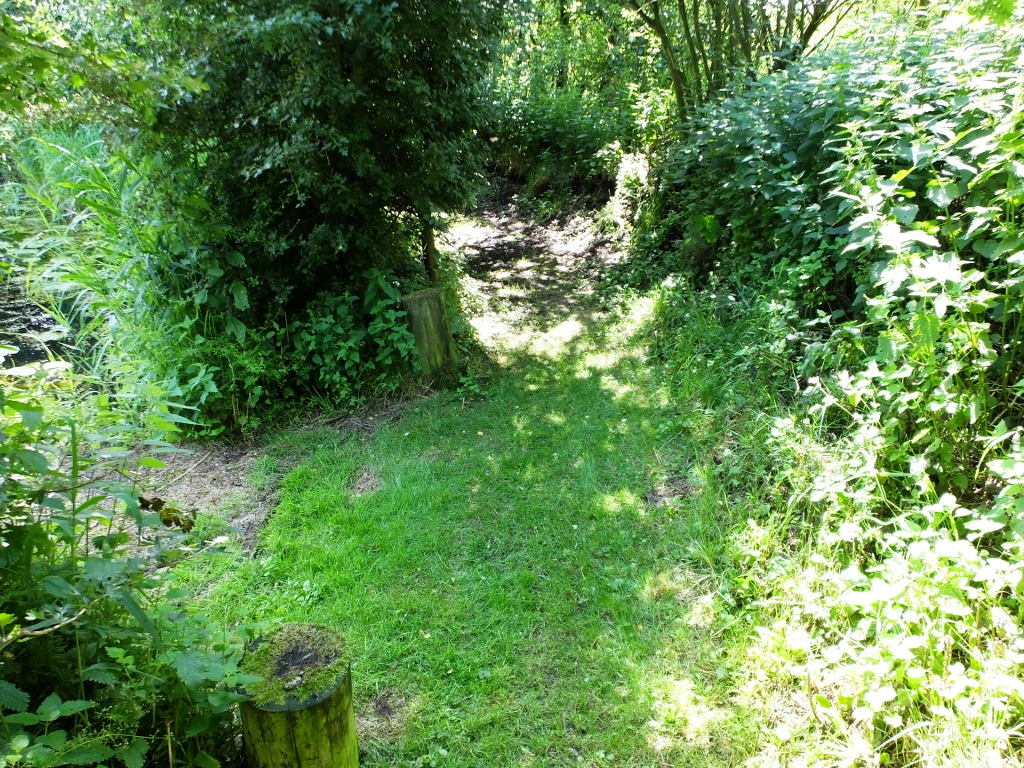 At the fishing stand  we can see that the path continues to hug the bank of the lake following its sweep to the left. At some points along its route we see that the grass struggles to grow, perhaps because the vegetation tends to exclude the light although, as we pass, the sun is at exactly the right angle to reach the ground. 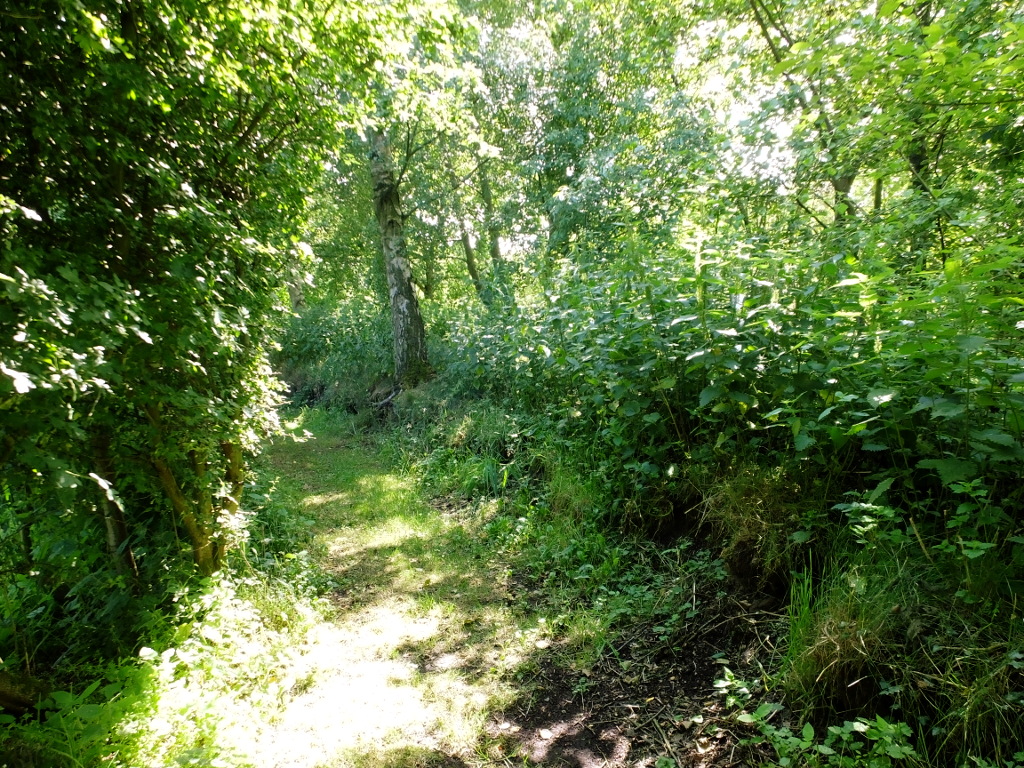 All the way round the curve, to our left are a succession of hawthorn trees with a mix of nettle and reed beneath. On the right the bank of spoil is also mainly an undergrowth of nettle with birch and alder above. The bend seems to go on and on... 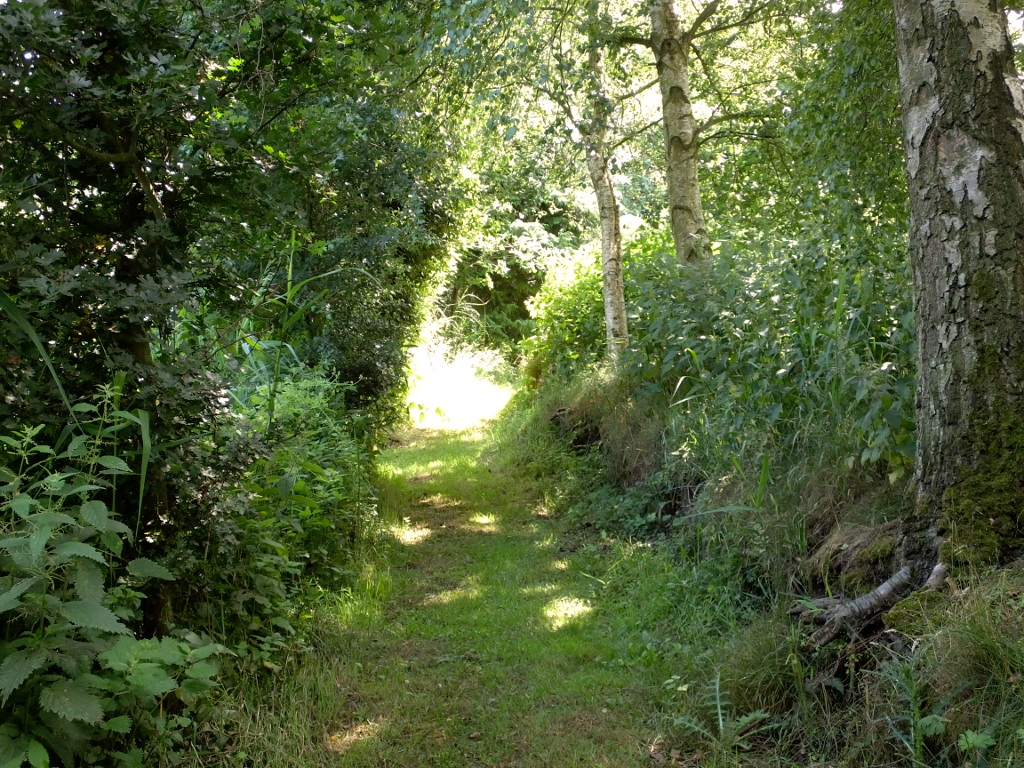 ... eventually completing its 90° turn we are facing due south and ahead we see the bright sunlight that reaches down into The Dip. 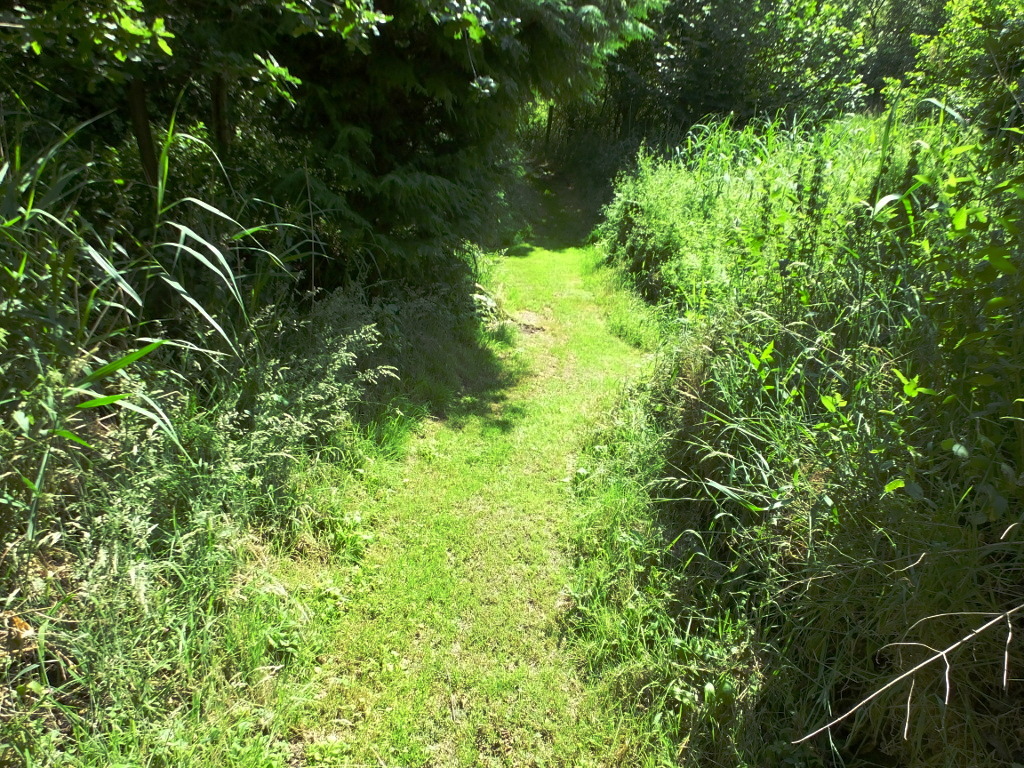 At the dip we will proceed straight across, passing the access to the New Path on the right and the path, seen earlier, to a fishing stand. 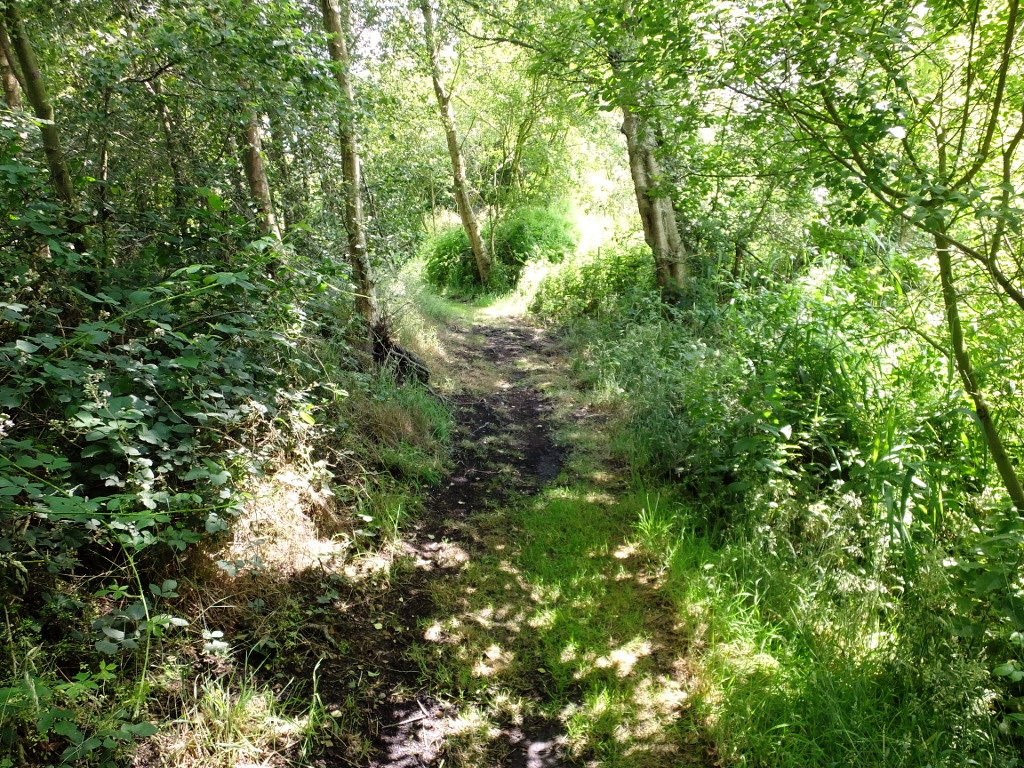 We make our way back towards the junctions where paths lead to the Ruston Bench and around the back of the Reed Bed. 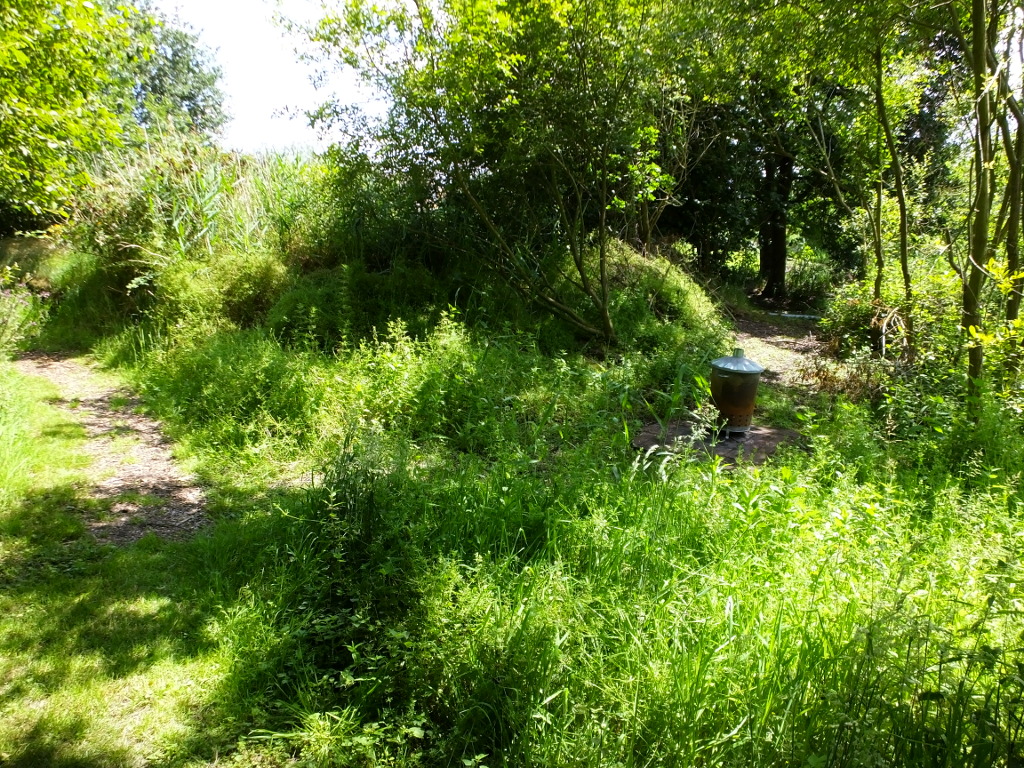 As the path drops down off the back of the spoil heap and begins to make its turn towards the east, on the right we see the path that runs round the back of the reed bed. We'll explore that later. 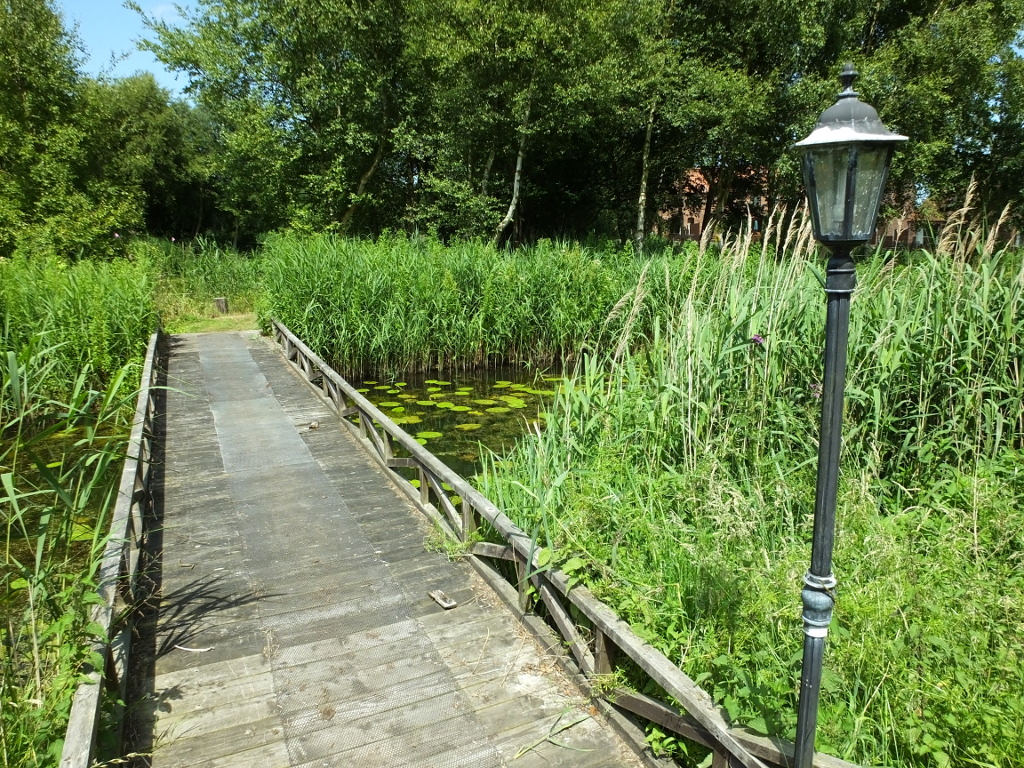 Instead we will continue round the curve to the left along the main path till we find the bridge to the island that we encountered earlier.