Over the weekend we took the plunge and bought a life size sculpture of the red deer. Sculpture may be putting it a little grandly. Before Christmas we had spotted what others might call an assortment of garden ornaments that rather took our fancy - but the price put us off. 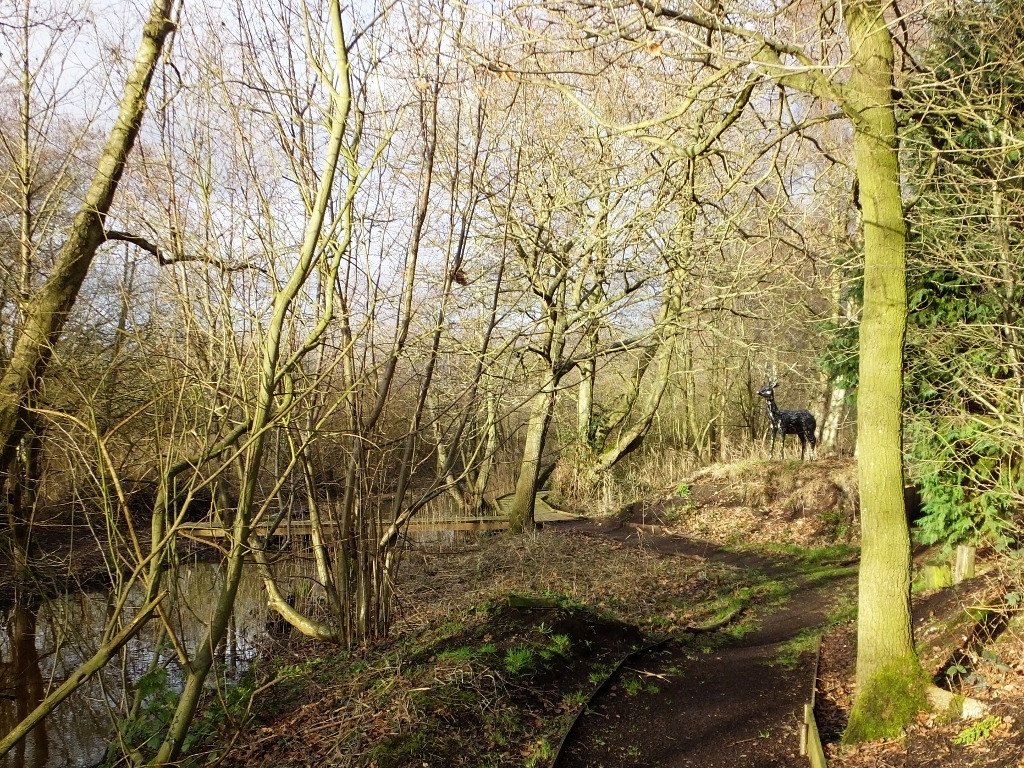 In spite of the high price we talked of having three. A life sized one, labelled "Large", and two of the medium sized ones. The trouble was the smaller ones came with antlers, as did the large one, and that didn't make a group of them look like a family group, which is why we talked of having more than one - but, even one was more than we were prepared to pay.

However, last week Diana spotted that they may not have sold as well as the Garden Centre had hoped because now they were half price. So we bought the big one! 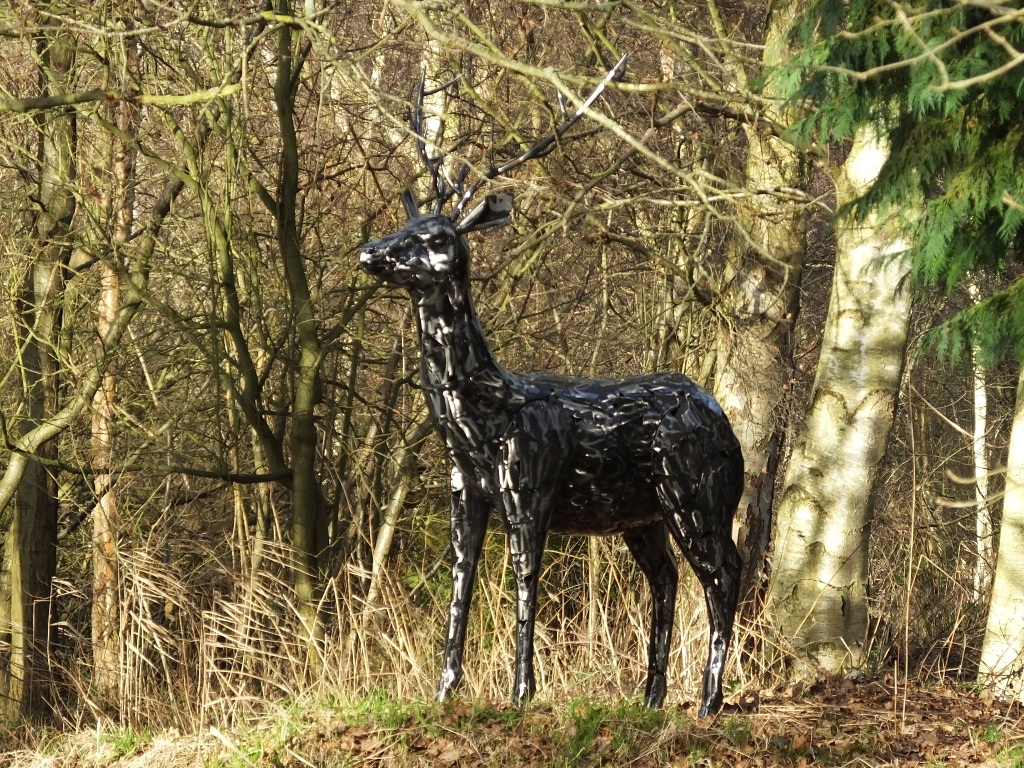 I had a clear idea where I wanted it to go. On top of the what must be one of the highest points in the grounds, in a position that should take you by surprise as you approach it, particularly leter in the year when they'll be much more vegetation around it. 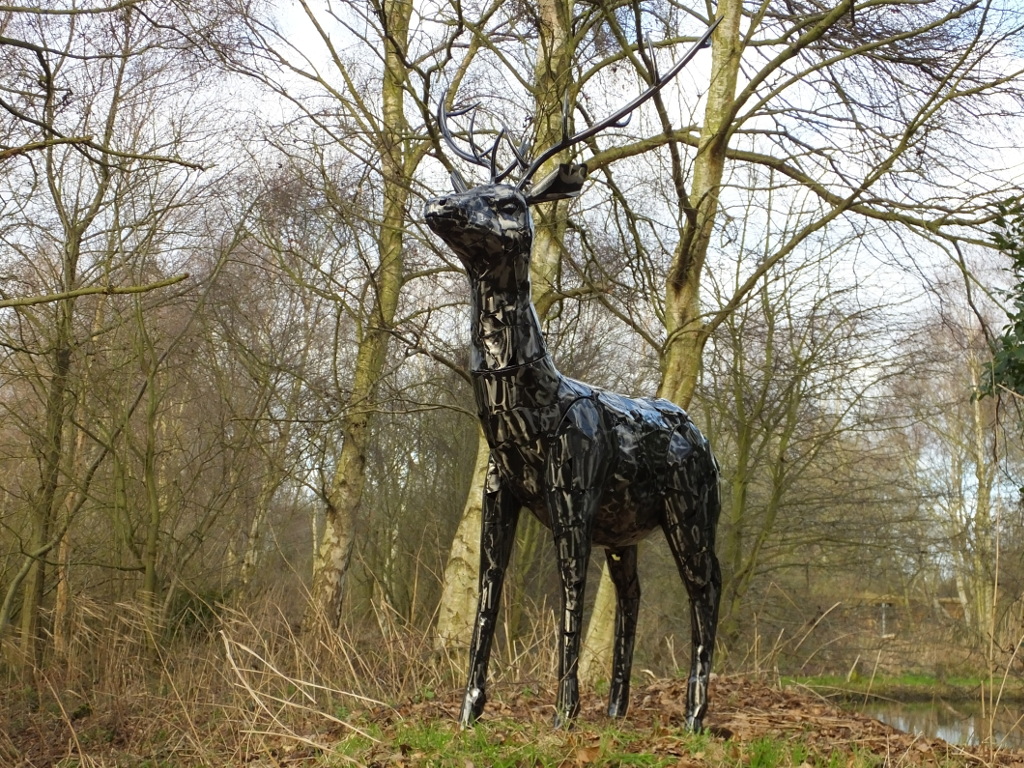 All that remained was to decide how to make sure it wouldn't fall over. There's a lot of weight in the body and that is set high off the ground. The sculpture came with four six inch nails and the tips of the hooves had rings through which they could be driven. However, on our soft peaty ground it the nails were not likely to hold. 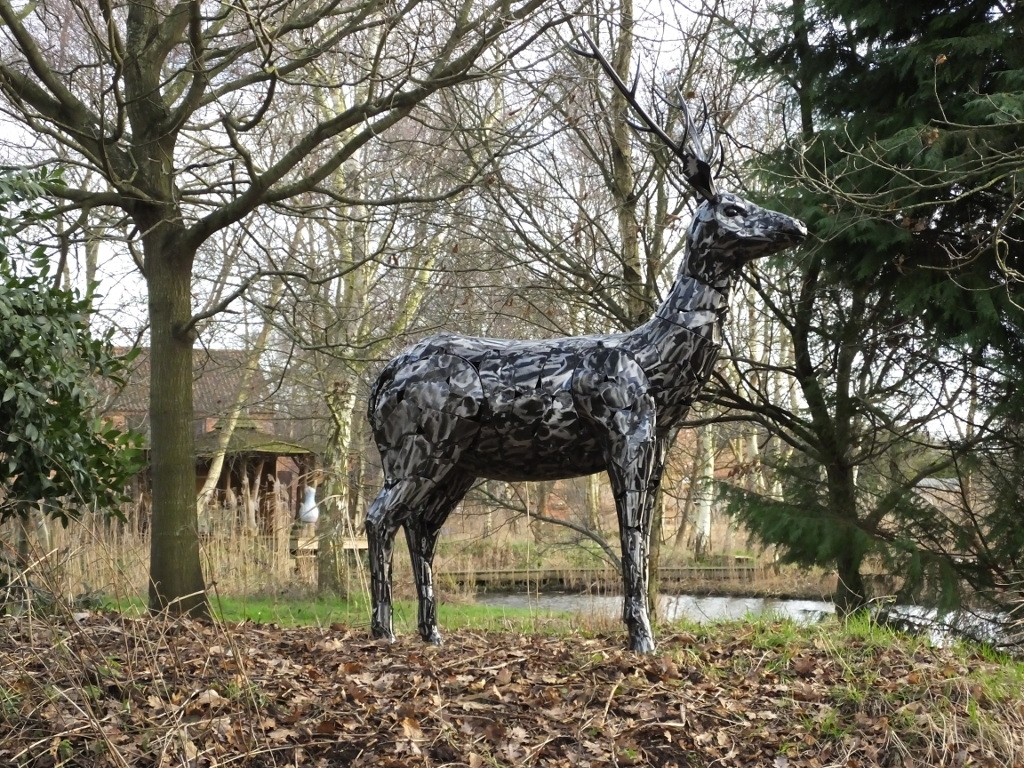 Eventually, I came up with a plan. We had an old fence post that had rotted at ground level. Cut it in two, drive both parts into the ground and secure the front pair of hooves the the top of them. The rear hooves could just stand on the ground.

The Green Team obliged in actually doing the work and the photographs you see here show the beast not quite emulating "The Monarch of the Glen".