Much as I did yesterday, it seemed a pleasant day to walk the grounds with my camera. However, again I was stopped short by the activity immediately behind the house.

Standing on the decking, Diana and I started by trying to identify the dragonflies that, as usual, were patrolling the lake immediately behind the house. Certainly, there were Norfolk Hawkers and slightly smaller blue, or partly blue, ones too. However, they were moving to fast to be photographed. When watching these scenes you get the feeling that it the the Norfolk Hawkers that are swooping on the other dragonflies, as if trying to clear them from their territory. 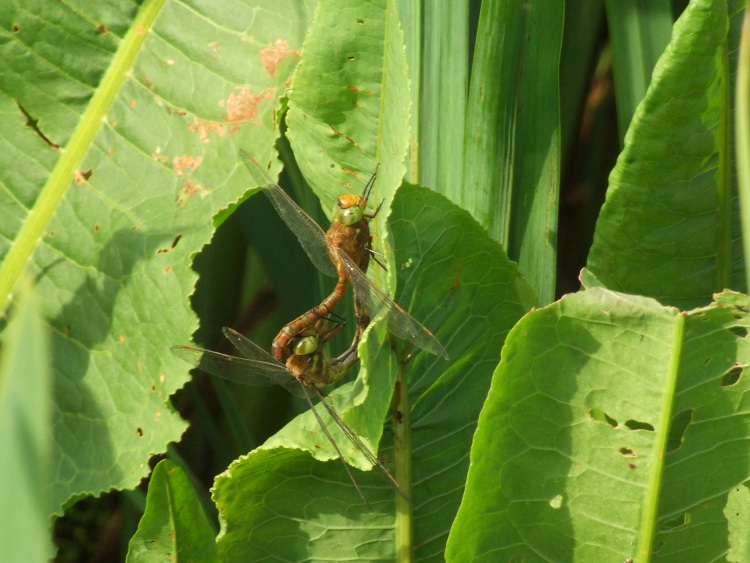 After a few minutes of that we stepped off the decking to proceed round the grounds, and immediately I spotted a pair of Norfolk Hawkers mating. For me it was a double bonus as this was also the first time I had a change to photograph a Norfolk Hawker that wasn't in flight. After taking quite a number of near identical pictures, I took my walk round the grounds. There were plenty more Norfolk Hawkers about. 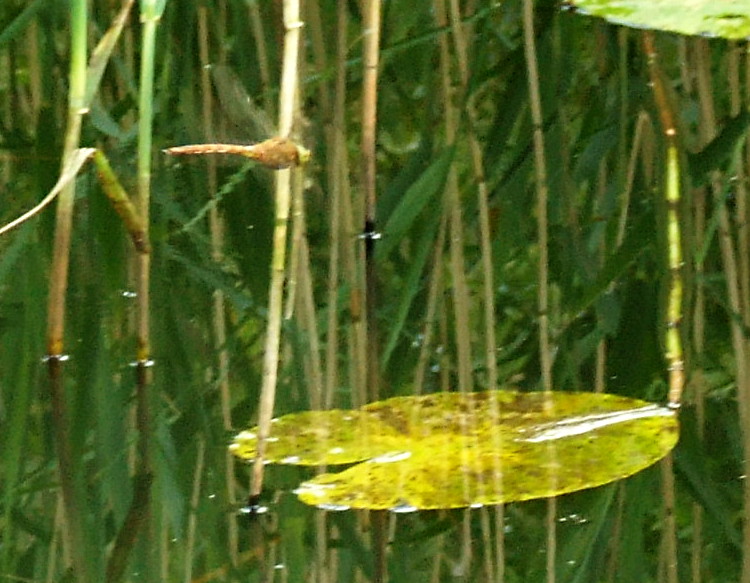 I managed a blurry image of one in flight taken from the bridge leading to the island. Returning to the house ten minutes later the mating pair were still together, so I took a few more photographs, but they seemed no different to those from the first batch, so there doesn't seem much point in showing more than one here.