Back in January, when snow as on the ground, I had completed shifting our wood chippings from the front garden to the path near the reed bed. But we knew that more needed to be done after the first winter the Green Team had been helping us. The path beside the lake had developed a groove due to the constant traffic of a heavy wheel barrow.

Earlier this month we ordered a set of paving grids. The initial plan had been to reinforce the path all the way from the gate beside the house to the bridge, but that was based on obtaining some 50cm square grids. What we ended up getting were closer to 60cm x 40cm which was all Jewsons at Wroxham could supply. 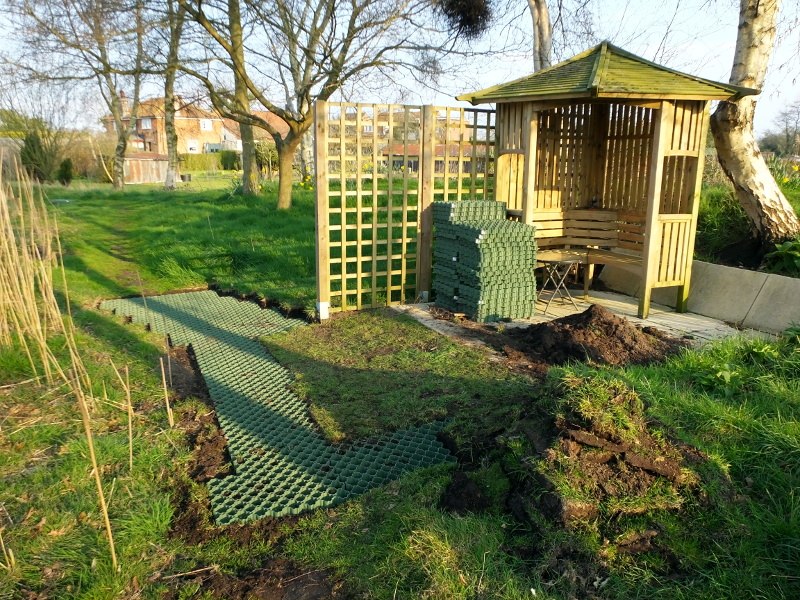 The quantity we ordered wasn't going to be enough to cover the whole distance, and once it was decided to lay them so the path would be 120cm wide rather than 80cm, we only had enough for what might be described as a pilot project. I then decided that some of the grids needed to be used to run up the slope to the paving by our arbour seat, so the pilot was going to cover a still shorter distance than originally planned.

The job was started by skimming off the turf, then levelling the soil underneath. With the grids laid I then replaced the turf, forcing it down into the grids. The grids have lugs on them so they interlock, but as they are a set distance apart it's not possible to  create delicate curves in the path. Nor, because of the different distances between the lugs on the two sides, is it possible to lay a line of 40cm and 60cm grids to create a path 1m wide, which had been the original plan. 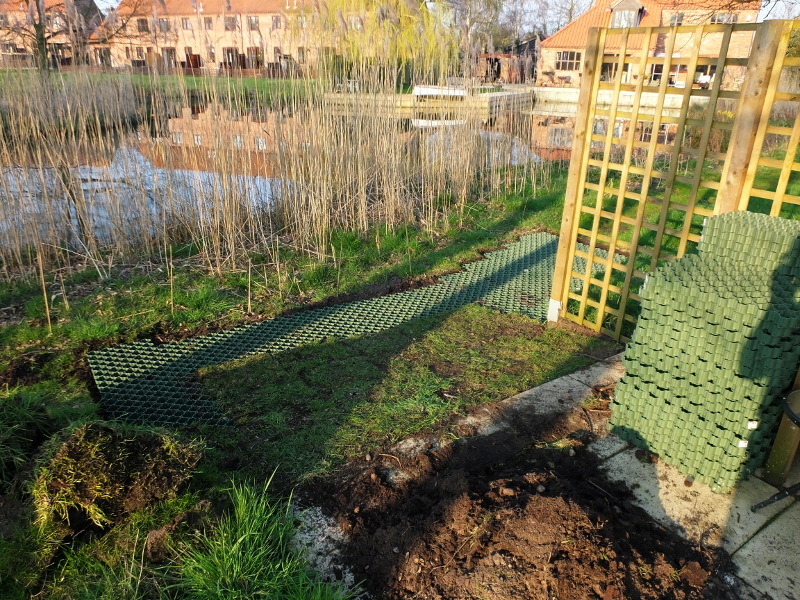 All this had led to the decision to set them so the path would be 120cm wide, as when running on a diagonal the effective width would be closer to the original plan for a 1m wide reinforced path.

So much for the first day's work!