The team were on site early and we let them get on with their job, making a first visit with the camera just after midday. 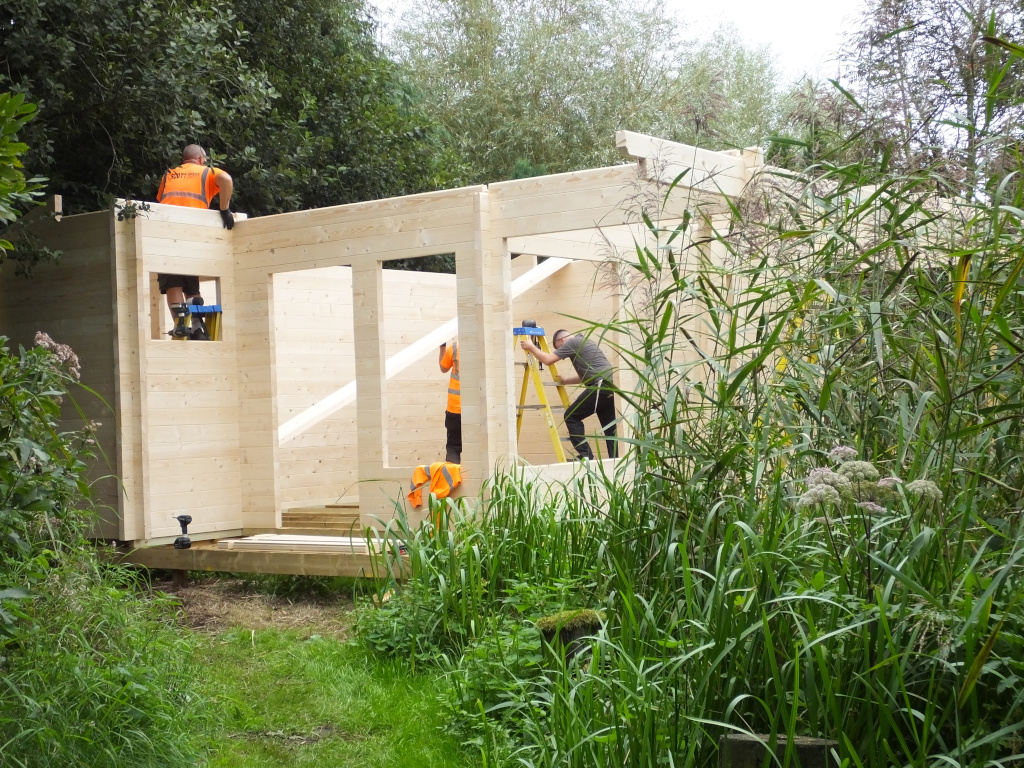 They'd made significant progress. It almost makes you wonder if the whole job will take the four days planned. 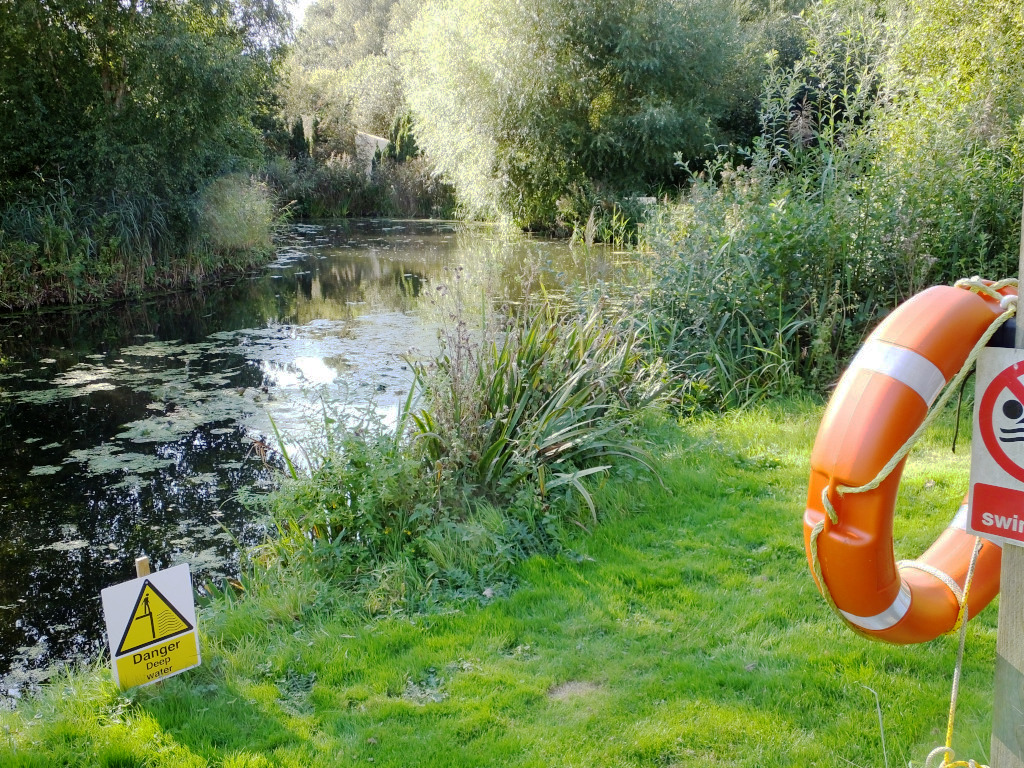 Just after 16:15 I went to look at how the cabin will appear to those holidaying in the cottages. Because of the angles between trees at the edge of the site, large holly bushes on the communal lawns and the island, only two of the cottages have any view of the cabin at all and that will be almost completely hidden by the conifers that run along the cottage side of the boundary fence. 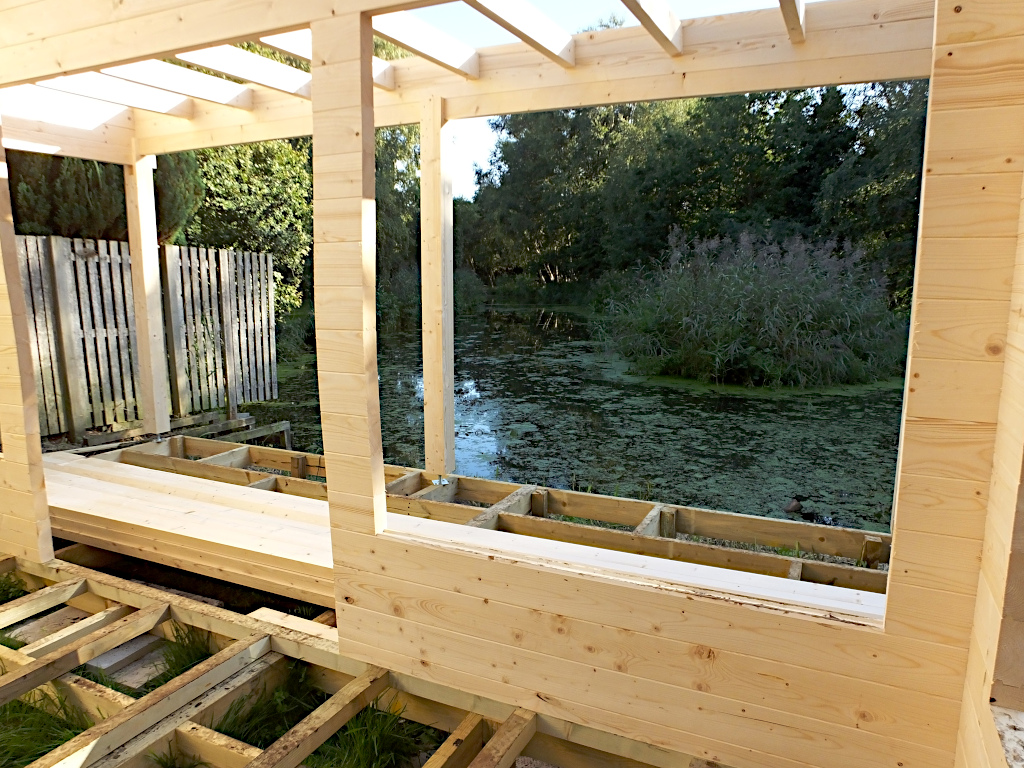 After the team had left for the day I took a similar view to the one I took after the first day's work. Now the size of the French doors and windows facing the lake can be clearly seen and the effect of the veranda which is designed to ensure that little summer sun reaches inside the building so it won't get over heated, but winter sun will reach inside and help heat the space. 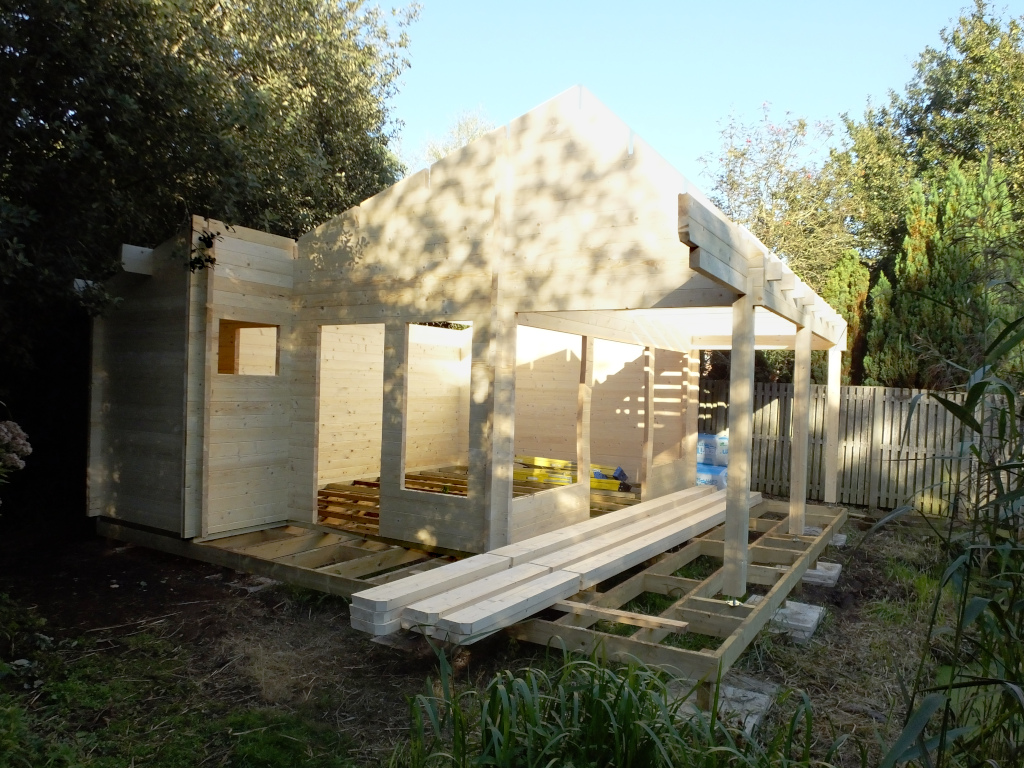 i also took an external view for comparison with the day before. It's now possible to see how the apex of the roof is set well forward. That's designed to create a good angle for the solar panels which are planned to be fitted to provide lighting to the cabin and to maximise the loft space over the veranda.