It's Saturday and, after a day working on the path, I finally got round to taking photographs of the work on the cabin done yesterday. 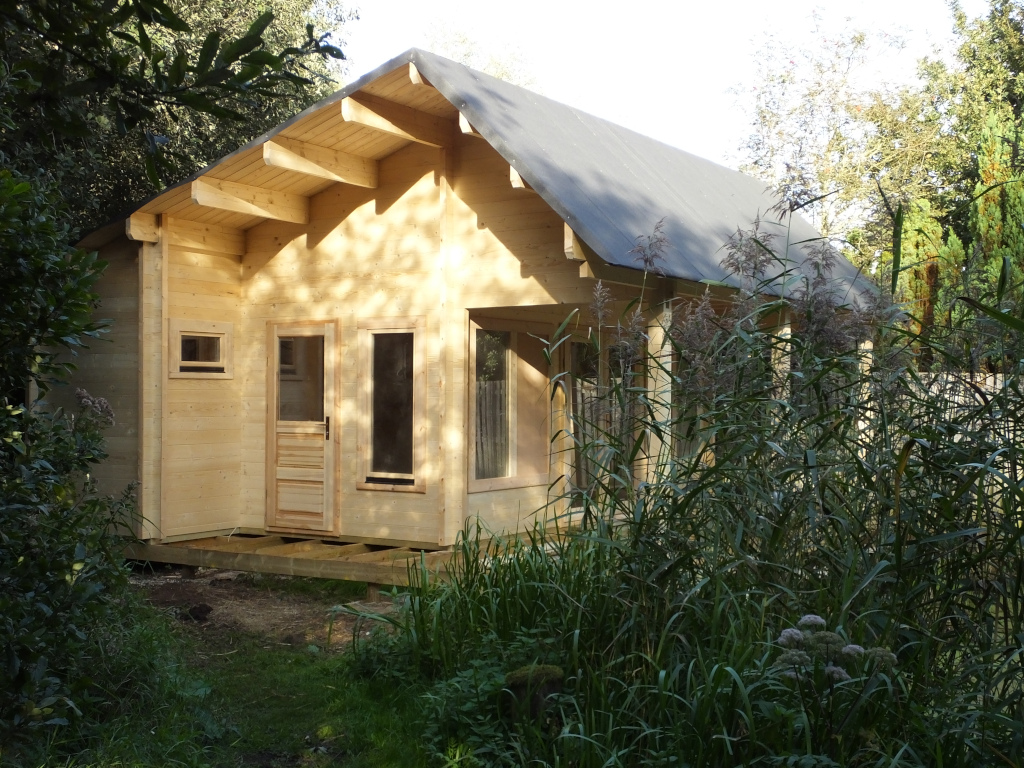 At first glance, as yu approach, you might think the cabin is finished, but as you get closer you'll realise that there is no boarding on the veranda. 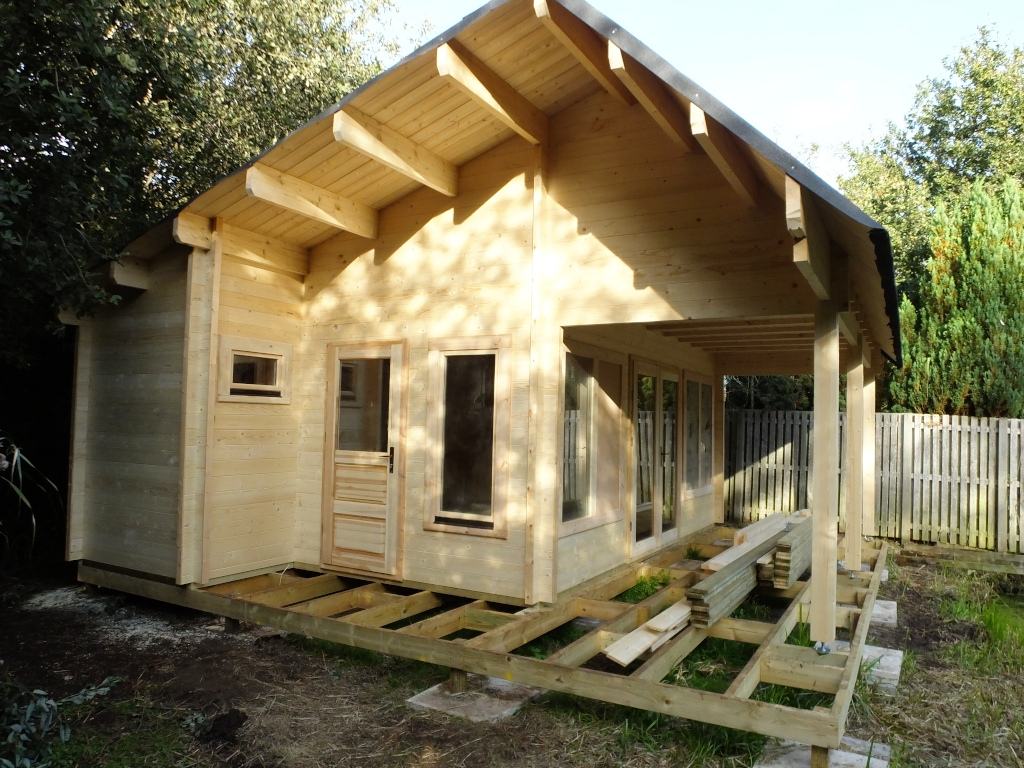 Another thing you'll realise is that while the cabin is water tight there's only an underfelt on the roof. There are still the felt shingles to fit. One thing that may puzzle you are the black lines under two of the windows. They are part of the tilt and turn mechanism to the toilet and side window. 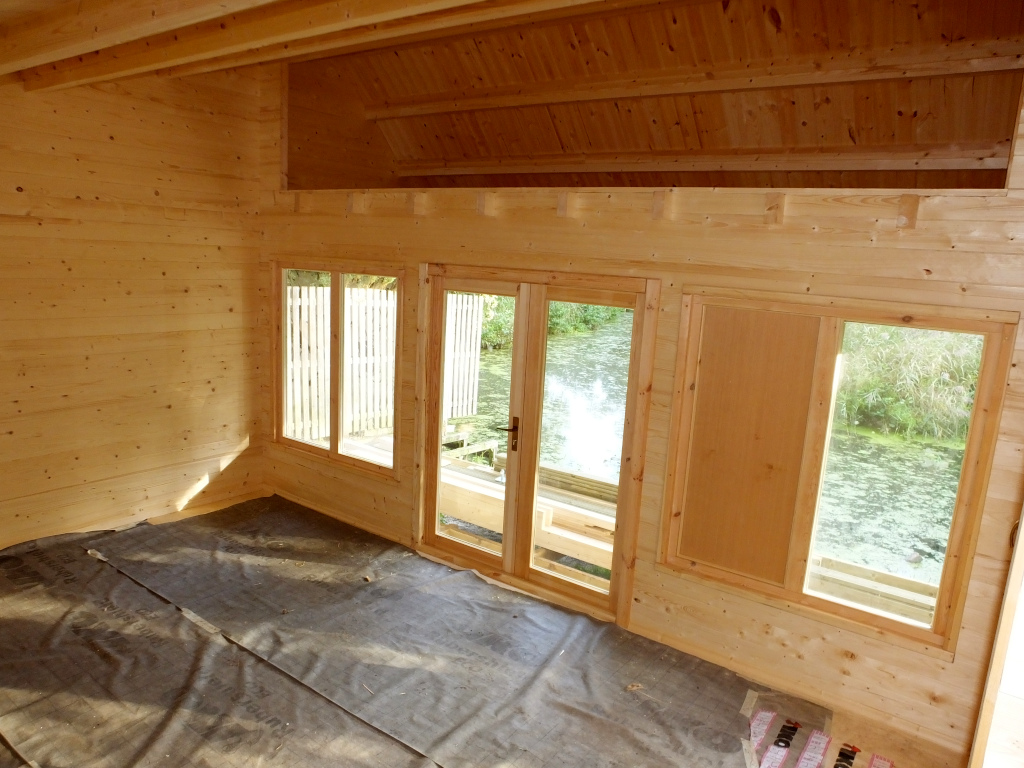 Once inside you'll notice the plywood in one of the main windows. Apparently the double glazed unit for that pane arrived damaged. They promised a replacement within the week. 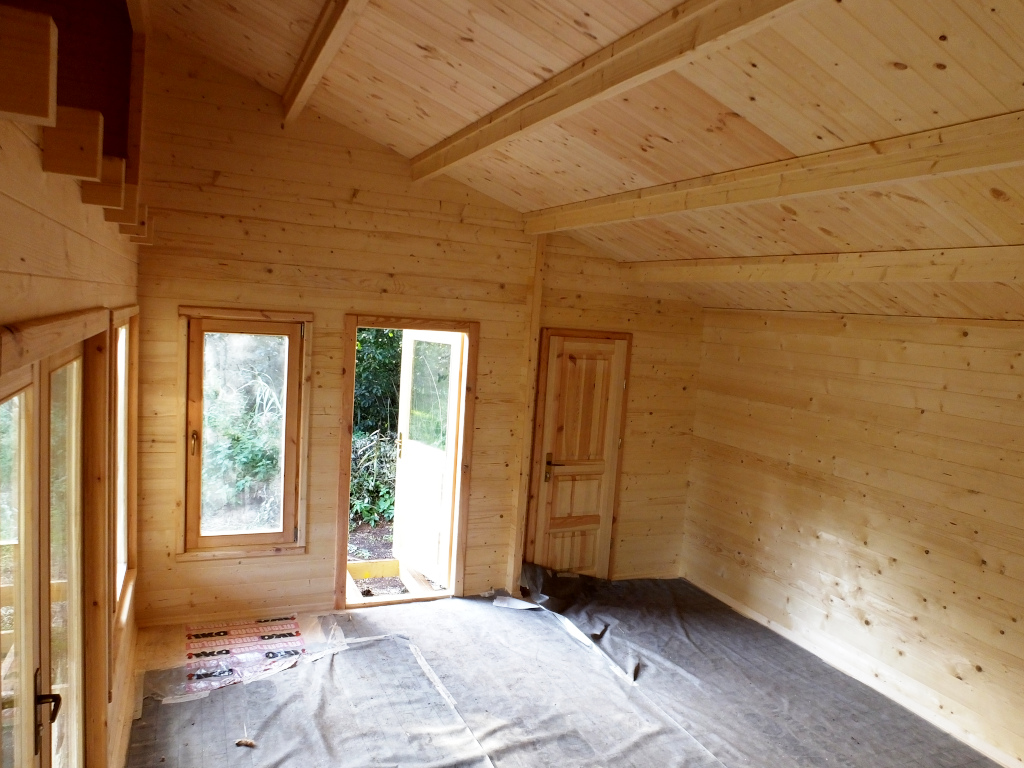 something that may not be immediately obvious when you look at the ceiling is that the depth of the beams inside the cabin does not match their heigh when viewed outside. That's because there's a lot of insulation been installed between the roof and ceiling. In should help keep the room cool in summer and warm in winter. 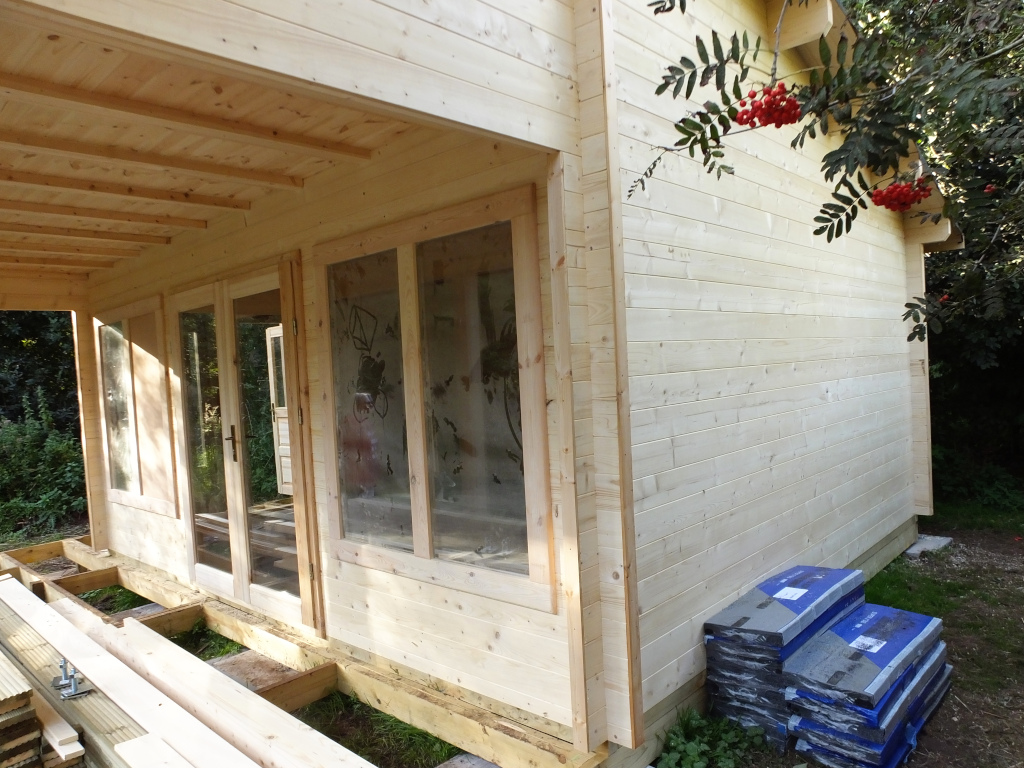 Outside you'll see the few packages of insulation left over from that brought to the site. 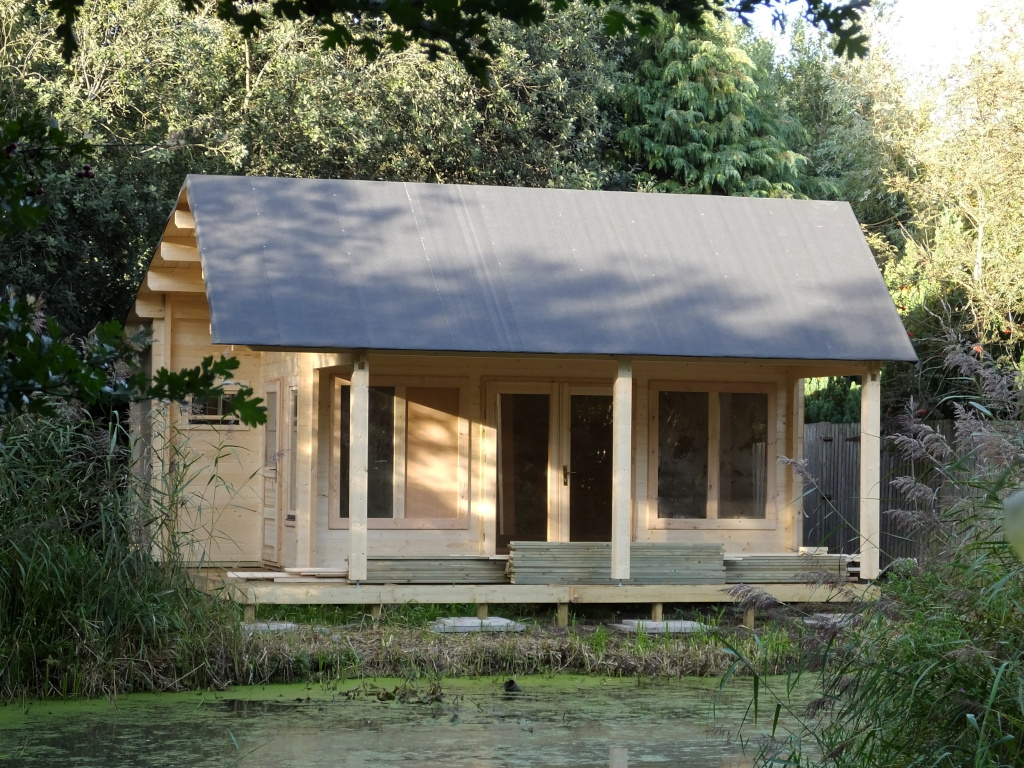 My final photograph was taken as I walked away from the site. Once finished it should be a really great addition to Ruston House, not just for us but for anyone who follows us.