This year I have a much better spread of images for the month with photos taken on 2, 15 and 28 May. It's definitely worth comparing the related posts for 2018 and 2019! 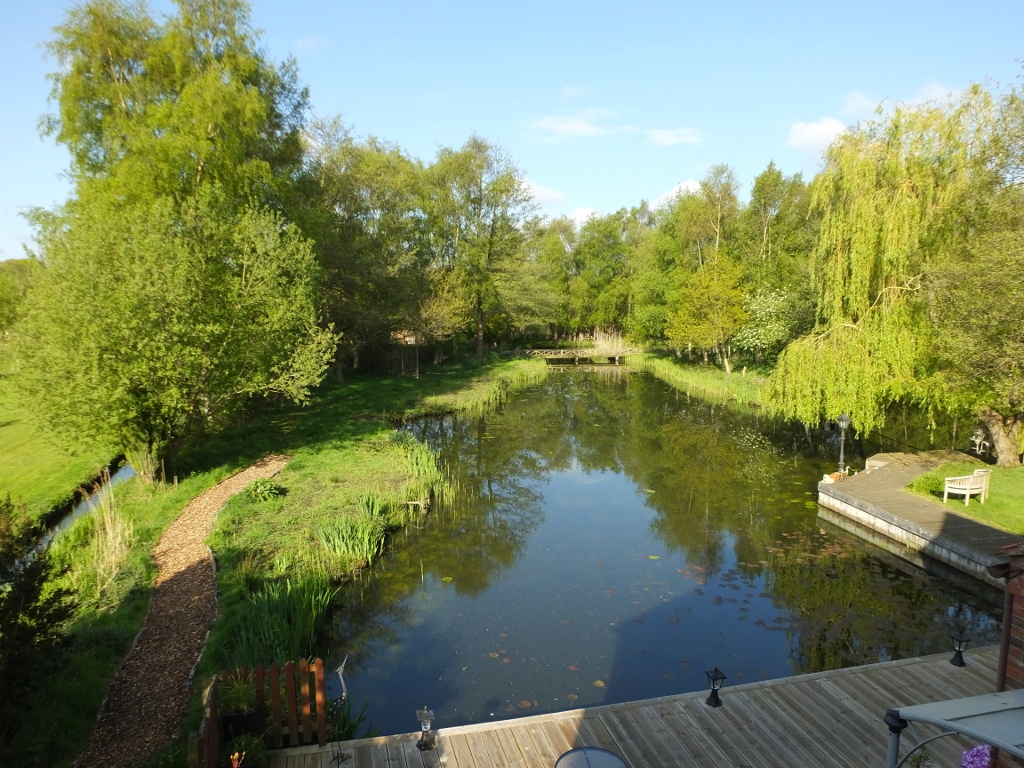 The first shows barely a lily breaking the surface. 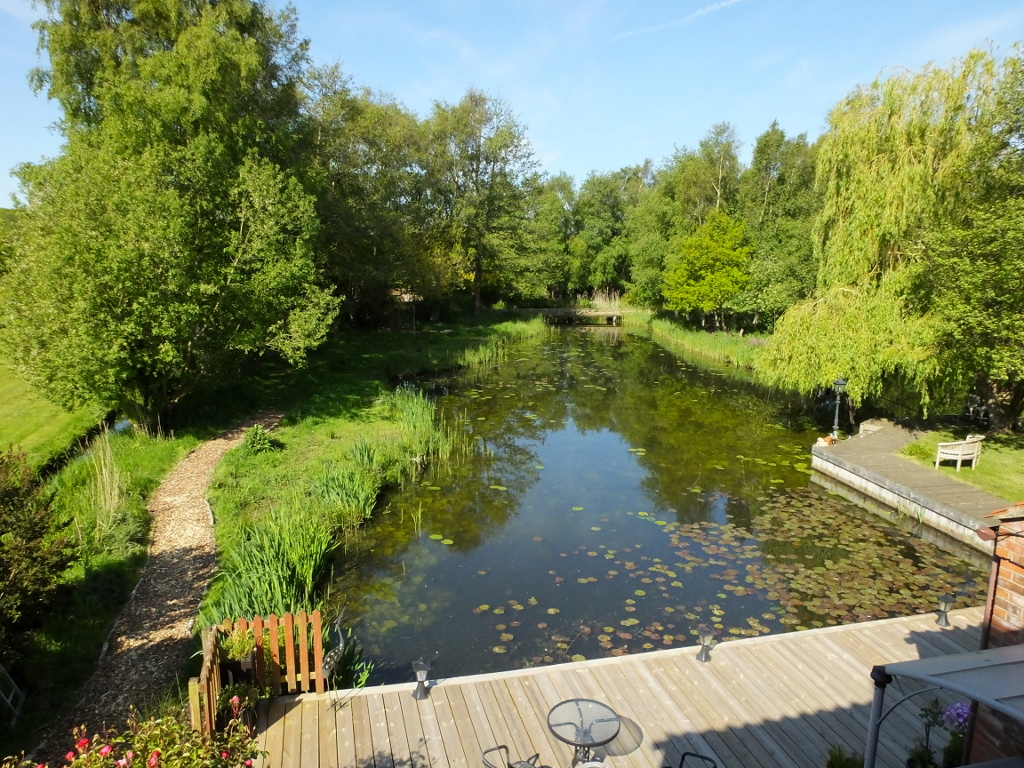 A fortnight later and the pink lilies are massing on the right hand side near the house. however, there are still very view on the left where the white flowered lilies are due to appear. On the rest of the lake there is just a scattering of leaves to be seen from the yellow flowered lilies. 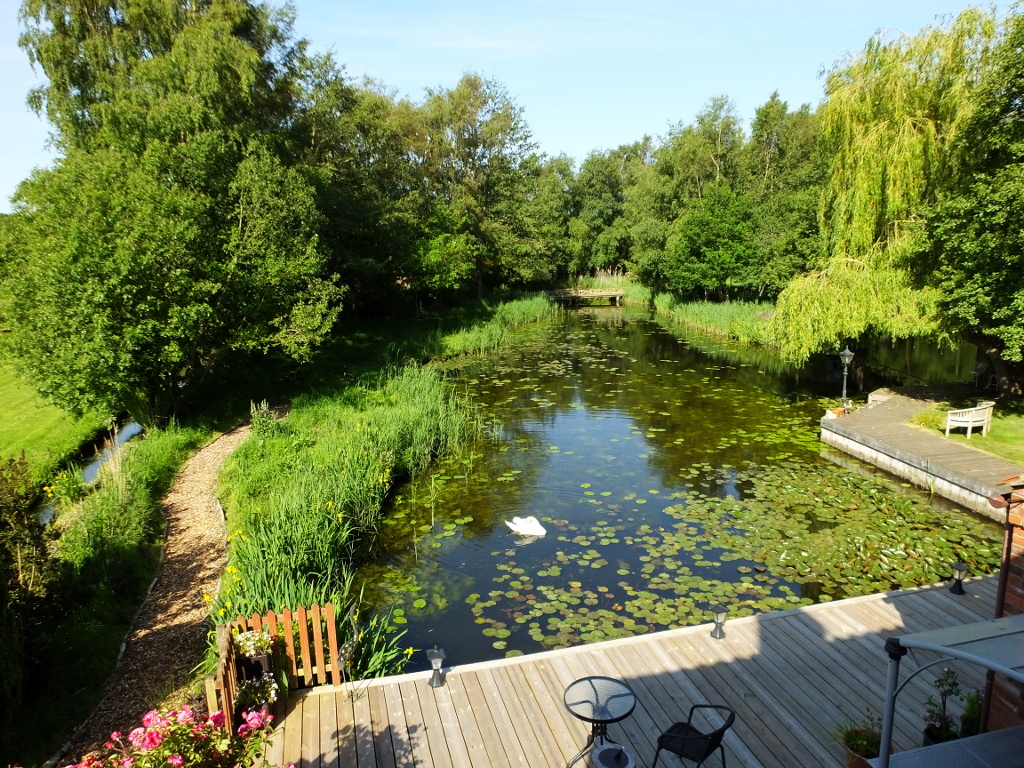 As they have matured, the pink lily leaves have lost their distinct dark colour and there are now many more leaves from the white lilies on the surface.

However, the yellow lilies which normally appear in profusion by this time are much reduced in numbers. It looks as if the work done to try to reduce their number has produced the results hoped for. There is more to be done, but it looks as if we now have the technique in place that should, over the coming years, reduce their numbers.