There's two images this month. the first was taken on 20th and the second on the 30th.

While I often make comparisons with previous months, in May the lake changes more quickly than at any other time of the year, so I'll make comparisons with last year instead. That was before I adopted the policy of a month of Lake Views and you'll find two relevant posts made on 13 May 2014 and 23 May 2014. The first includes pictures from May 2013 and that two year comparison certainly shows some changes. 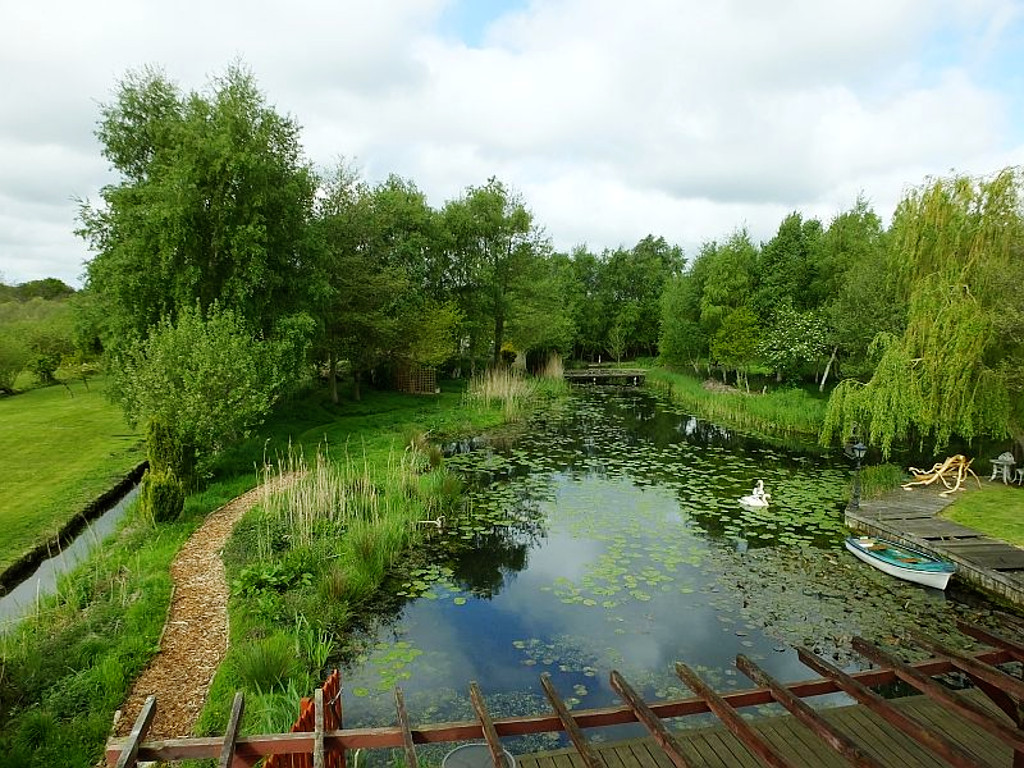 This is the image used to introduce the Swan Family posted earlier this month. 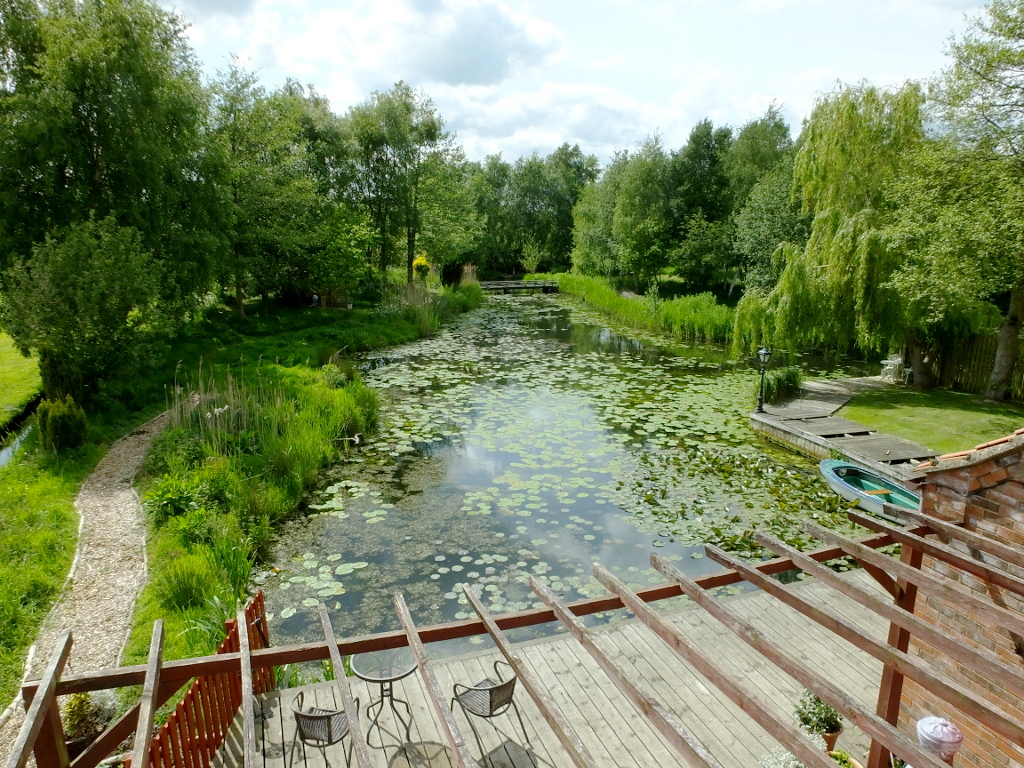 And this one, isn't quite the full wide angle I normally use, but was taken to show how much of the lake is filled with lilies.

The other things that I notice in these images is how the vegetation on the bank of the island has almost entirely obscured the "long barrow", which might otherwise be called the compost pile from all that was cut back on the island in December last year. You'll also see that between the two images the "Ruston Bench" has been moved to it's new location - but I haven't taken a photograph of that yet!