Apart from the vegetation, on which my comments normally concentrate, there are other changes to note this month. You'll see that the first photo, taken on the 3 July, is the last I took with the pergola under the bedroom window still in place. 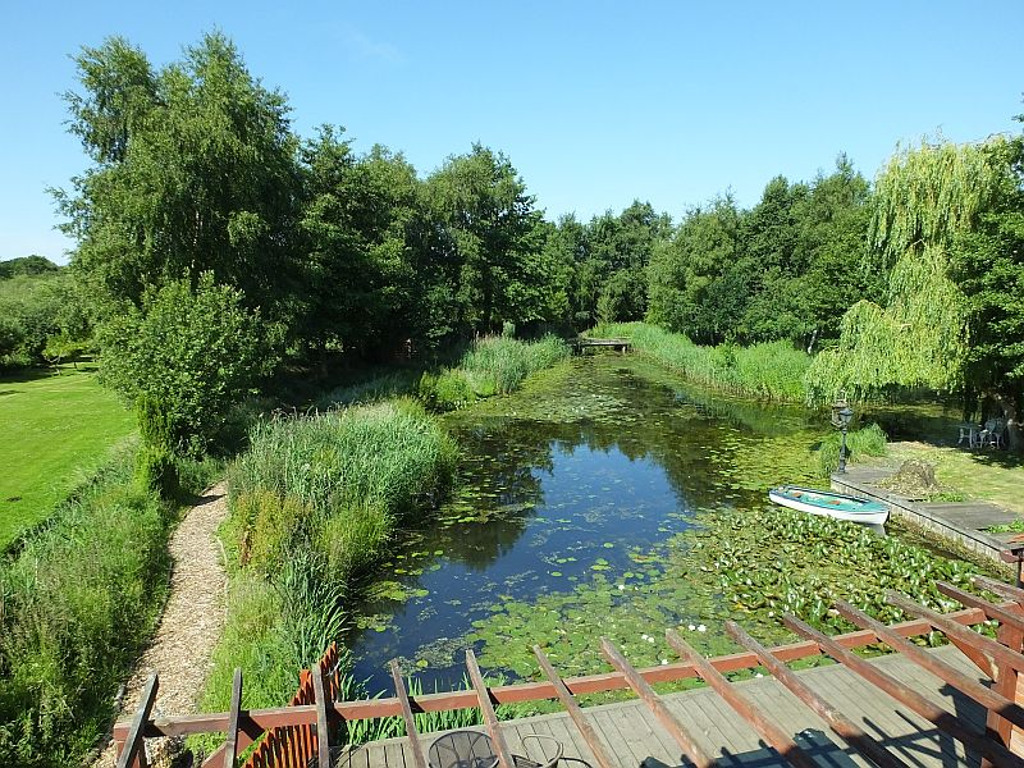 Looking back I realise that it is strange that although you can see the signs, in the last of the photographs of the Lake in April, I have made no reference to the way the decking was beginning to disintegrate.

Nor have I in May or June, but, if you check, you can see that we were pulling up planks that could no longer take the weight of someone walking on them by mid-May. By the end of June weeds were appearing in the gaps and now, in early July, the weeds are very obvious. 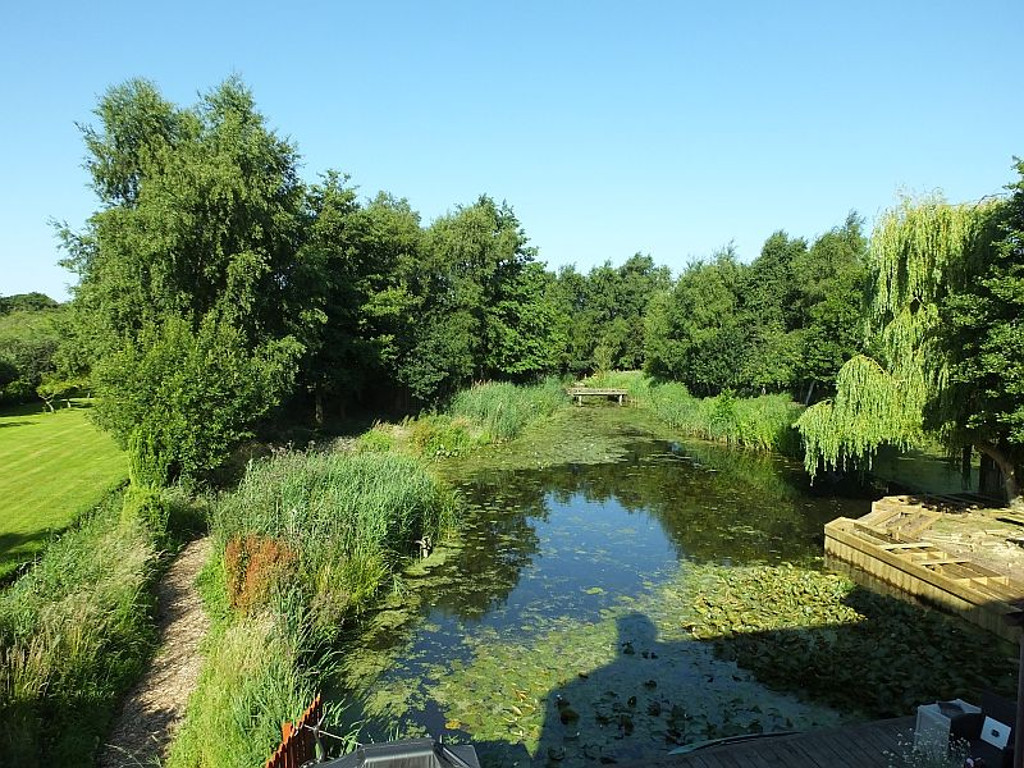 If you've been following the other posts made during the month you will not be surprised to see that work on the new quay heading and decking was well advanced by 21st. Rather than further work to clear the lilies the only work in the lake has been the general clearance of weed around the new boat access step that is being constructed within the new decking. 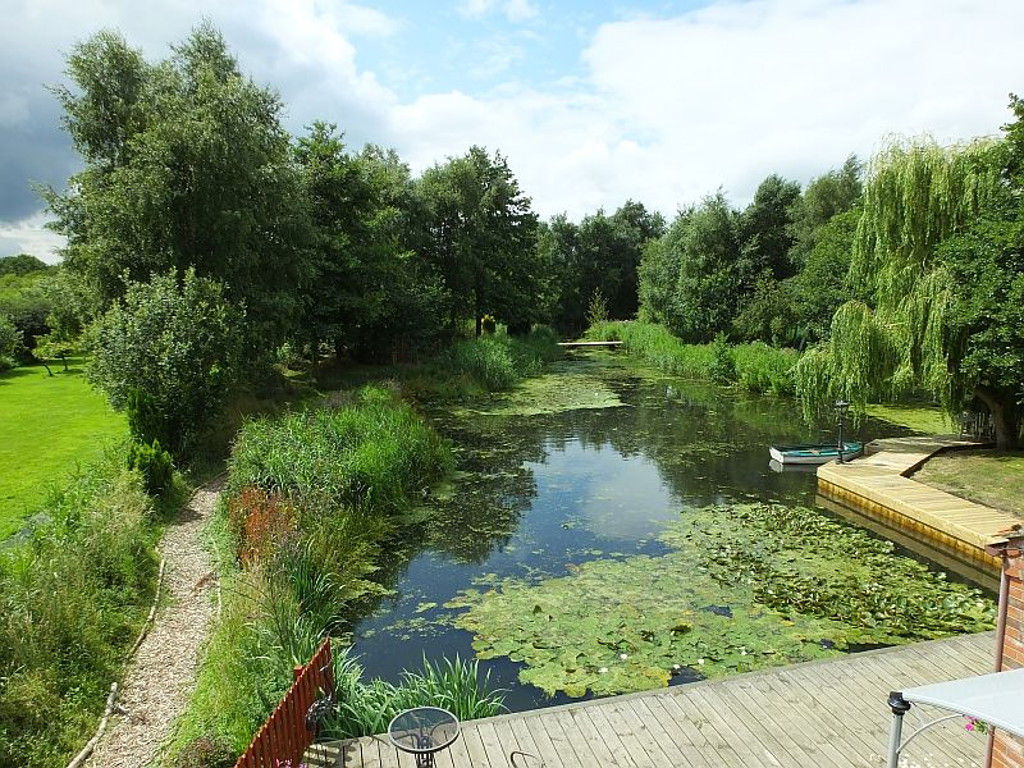 By the 27 July, the new decking is complete and the lamp standard, in its slightly changed position beside the new decking step, is back. Work on the removal of more lilies has re-started and, in the foreground, the roof of the new "Grill Gazebo", a replacement for the pergola, can be seen. The other thing I notice is that there is no longer any trace of the dredgings on the bank of the dyke that had been so visible in earlier months. 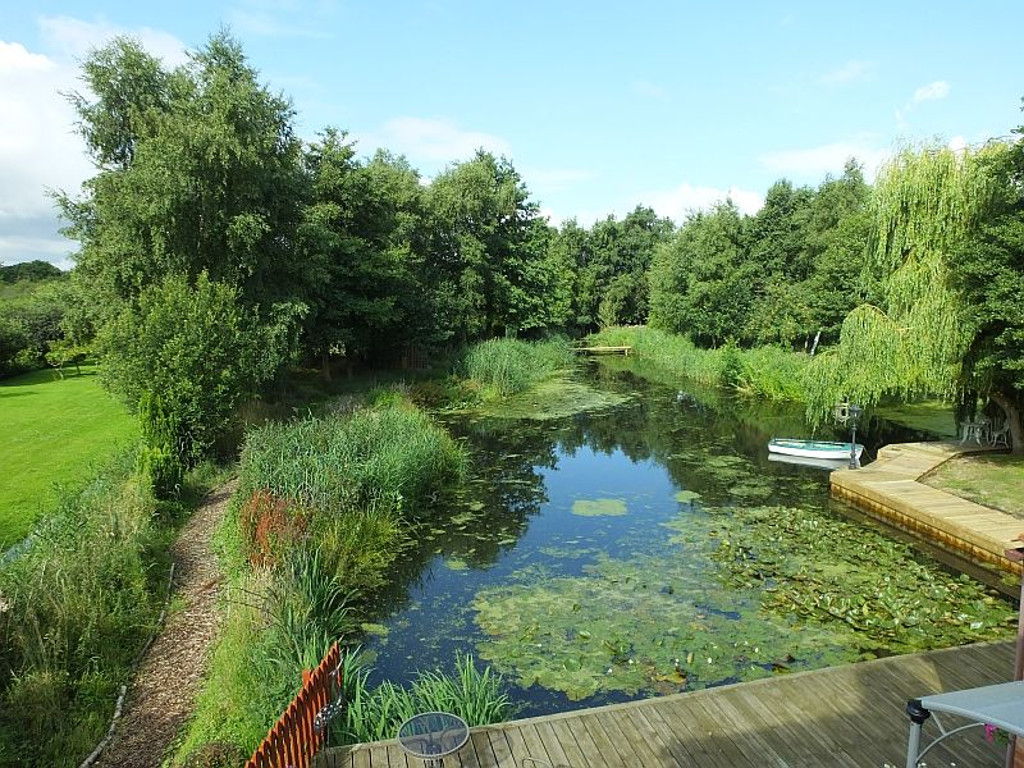 Two days later, still more work has been done to clear the lilies towards the bridge, but it seems to have left clumps of floating leaves nearer the house.

It's always interesting to see the difference having light fall from a different angle. In the last photo you wouldn't imagine that we had any concern with the level of the ground around the new decking, but the shadow, seen in the photo taken later in the day two days earlier, clearly indicates the difference in level. It is planned to add soil there and re-seed the area.