There's very little difference between this year's first photo taken on 9 January with the one taken a day earlier last year. 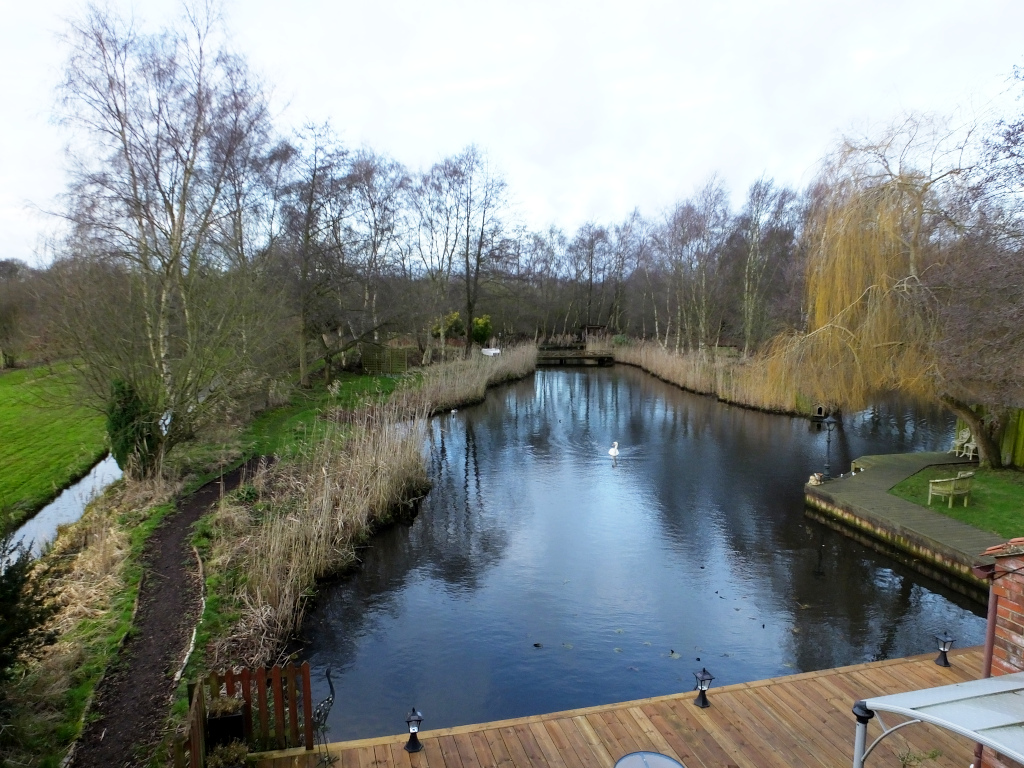 Scanning from left to right you'll notice the last year the bank had been left to grow and you can't see the dyke. The nearest conifer has gone, bringing one of the smaller ones behind into view. Last year we had lots of duckweed stacked up against the decking. This year there's the new decking. Near the bridge you'll see the dinghy which last year was hidden behind another conifer that has been taken down. Finally, there's more duckweed piled up against the boom running across to the Duck House. The remaining difference is the swan cruising towards the camera. 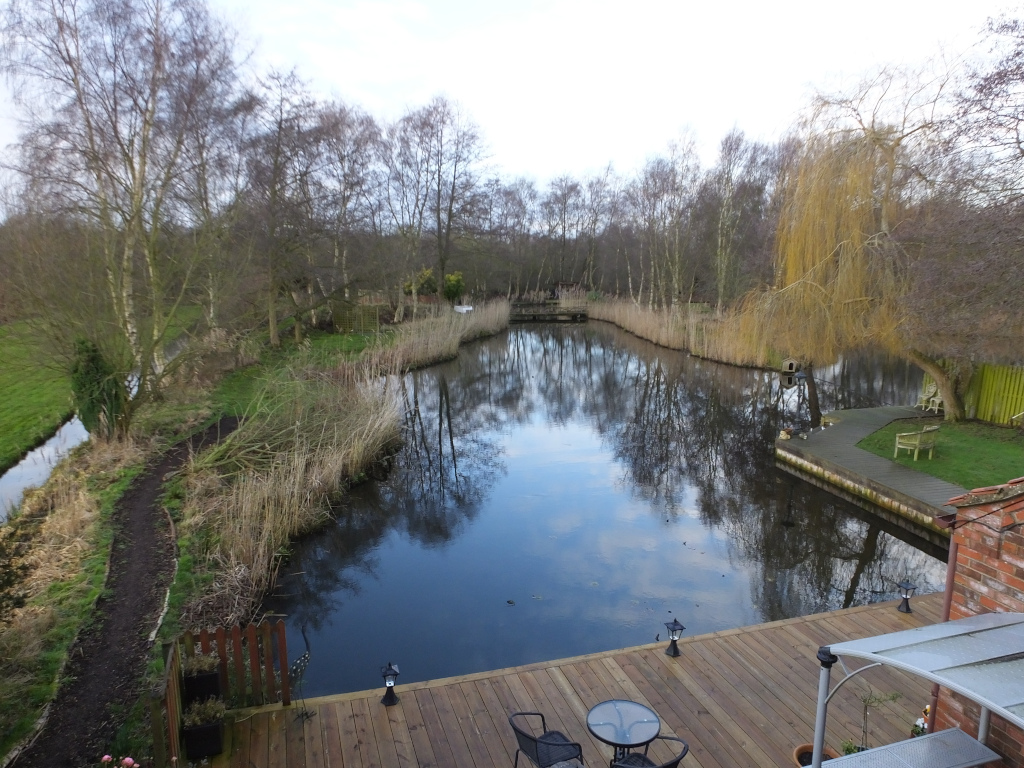 Moving on five days and the wind had dropped, indicated by the much clearer reflections of the trees on the lake surface. 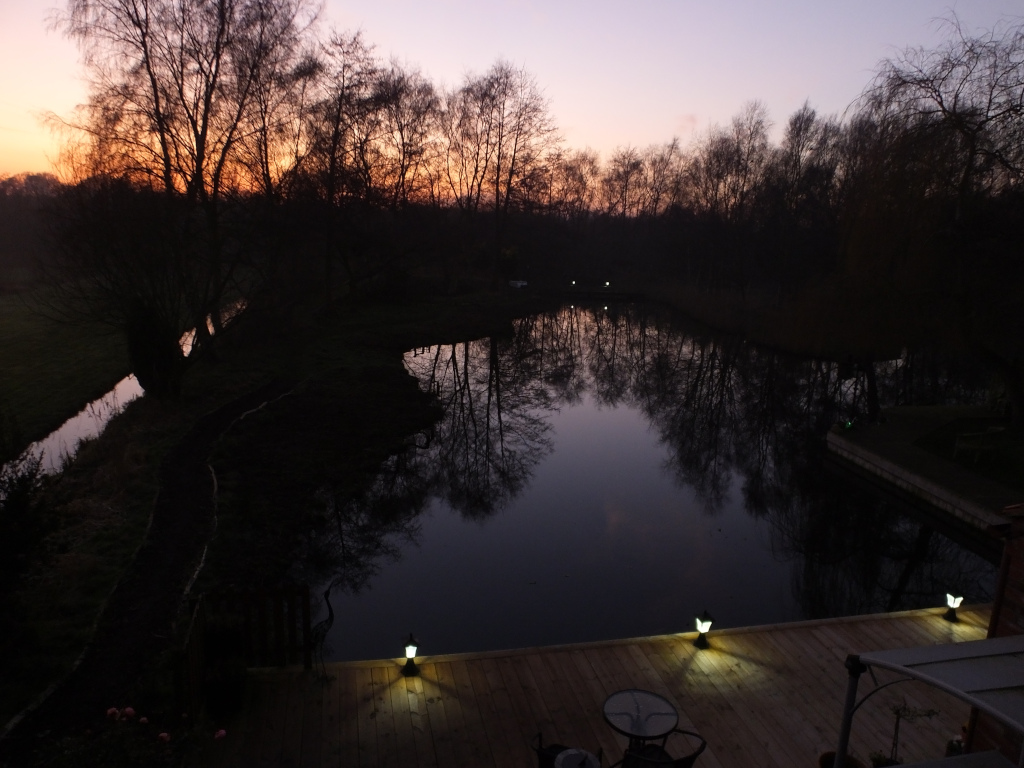 The final picture is a bit of a cheat as instead of being taken in the morning it shows sunset on 21 January.