I became distracted in January as we were away for 10 days and none of the usual views of the lake were taken. Looking back through my collection of photos for this month I realise that it was not until Sunday 19 February that I took my first picture of the year. 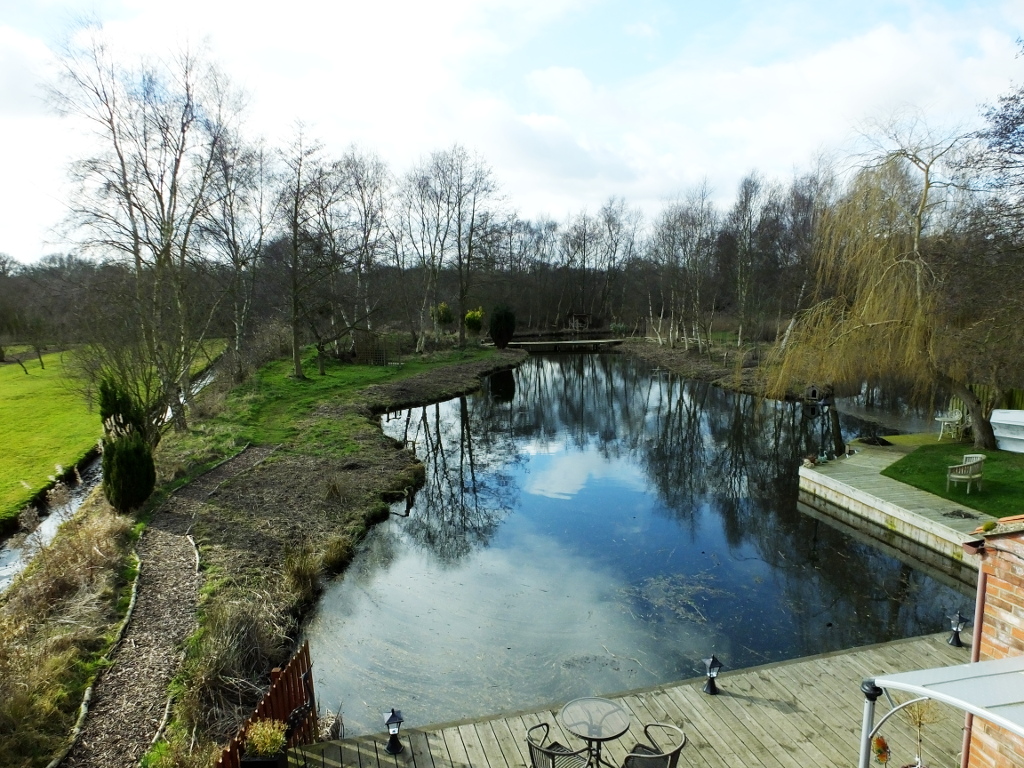 The photo was taken at around 13:25, which means that the sun had already moved to the point where the trees in the distance are unlit giving the whole image a much gloomier look than those taken in the morning with the shadows of the shrubs and trees nearer the camera pointing towards the camera rather than away from it.

The most noticeable change from the last of the images taken last year is that all the banks have been cleared of vegetation. Obviously, the Christmas decorations have been removed from the bridge as well!

The other thing that you may notice is on the extreme right of the picture. The hull of the dinghy, while still resting between the trees against the fence it is now clean, without the black growth that forms on it after a spell in the water.

Also on the right of the picture you see piles of muck on the decking which have been lifted from the lake and left to dry. What is more difficult to spot in the reflections on the surface of the lake is how much more muck there is in the lake still awaiting lifting out. 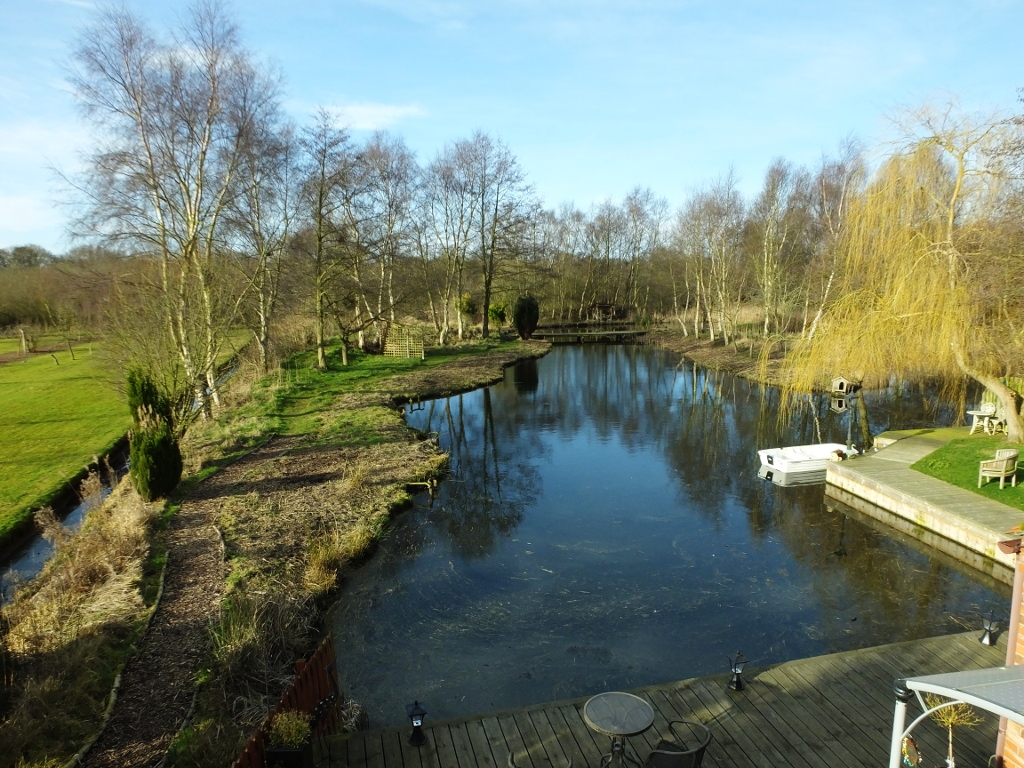 The only other picture taken in February was shot at 09:26 the following day. Now the muck piles have gone from the decking and from the left bank and the boat has been launched. In the water, the muck seems to be spread more evenly across the whole width of the decking behind the house.