There are three pictures this month, taken on the 2nd, 19th and 25th. Each is taken a little later in the day, the first at 07:38, the second at 07:46 and the last at 08:06. It is still a surprise to me how much the light can change in the impression the light makes. 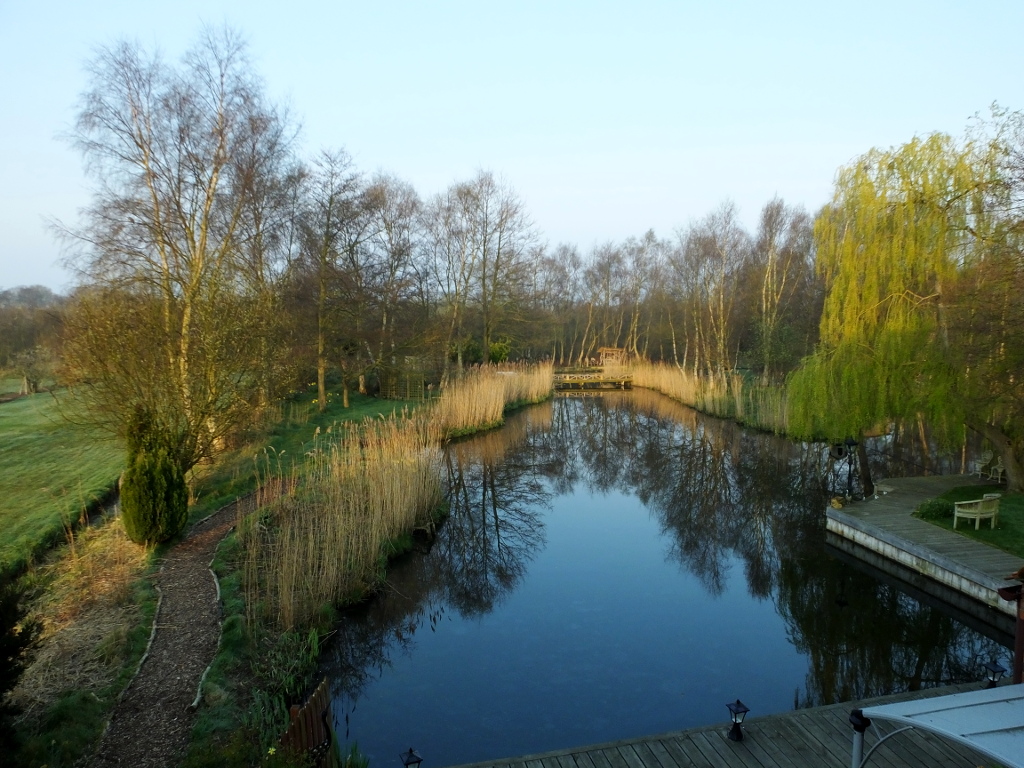 We start, as always at the beginning of April, with only the large willow in anything like full leaf. But for the first time, when looking at April lake views, the crack willow, on the other side of the lake, just beyond the two dark conifers that seem to be a single bush, is also just breaking into leaf. As yet, nothing can be seen of the pink lilies, always the first to have its leaves break the lake surface. 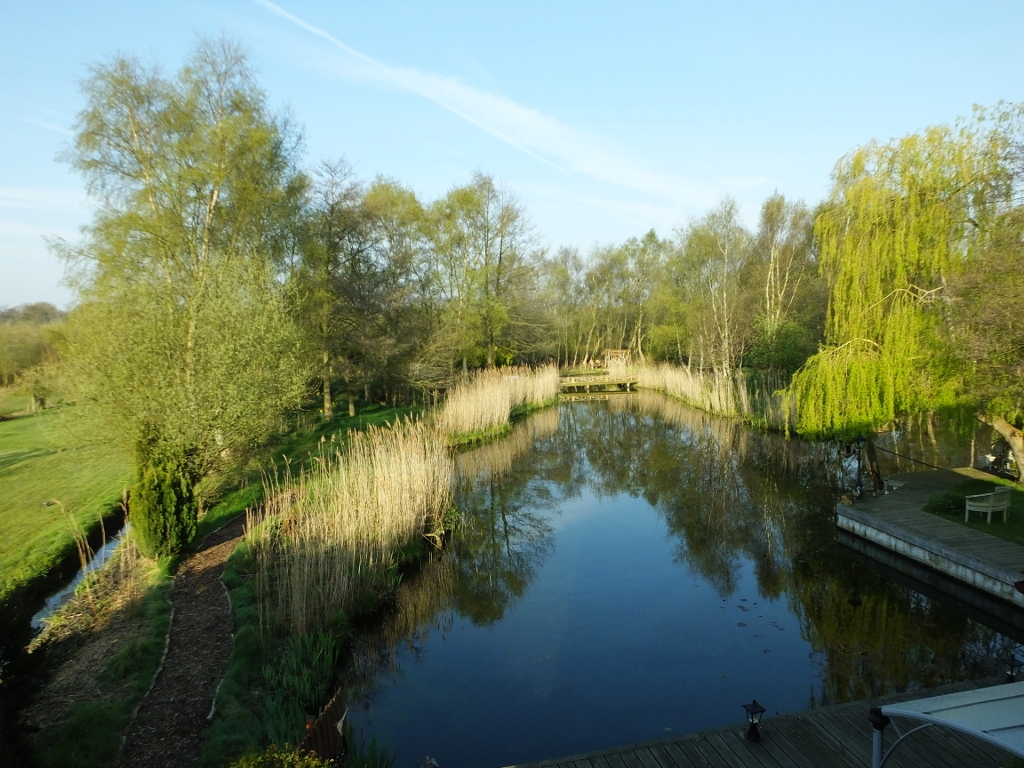 Just over a fortnight later and the trees seem to be almost in full leaf with the further conifer almost hidden by the crack willow. On the surface of the lake you can see that the leaves of the pink lily are just braking the surface of the water. 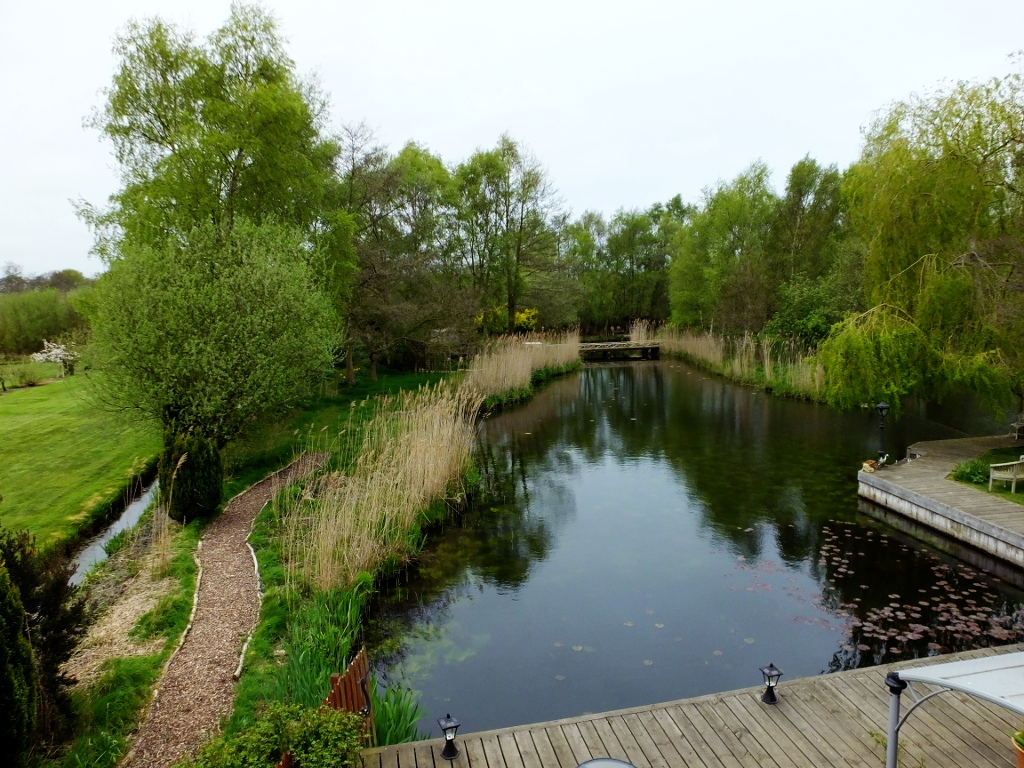 Now, just about a week later again, There must be at least fifty of the pink lilies leaves clearly visible. on the surface. While on the other side, there is only "cabbage" beneath the water with just one or two of the native yellow lilies on the surface.

Unlike last year the reeds completely hid the daffodils that you can see easily in 2017 when the banks behind Ruston House had their three yearly cut back. They were visible in in 2016 but in a year when the vegetation had been allowed to grow for two years a little less so so that the following year.