We're still suffering the after effects of the strimming of the lake banks. Here's a collection of photos taken since I reported on The Messy Lake on 25 February. 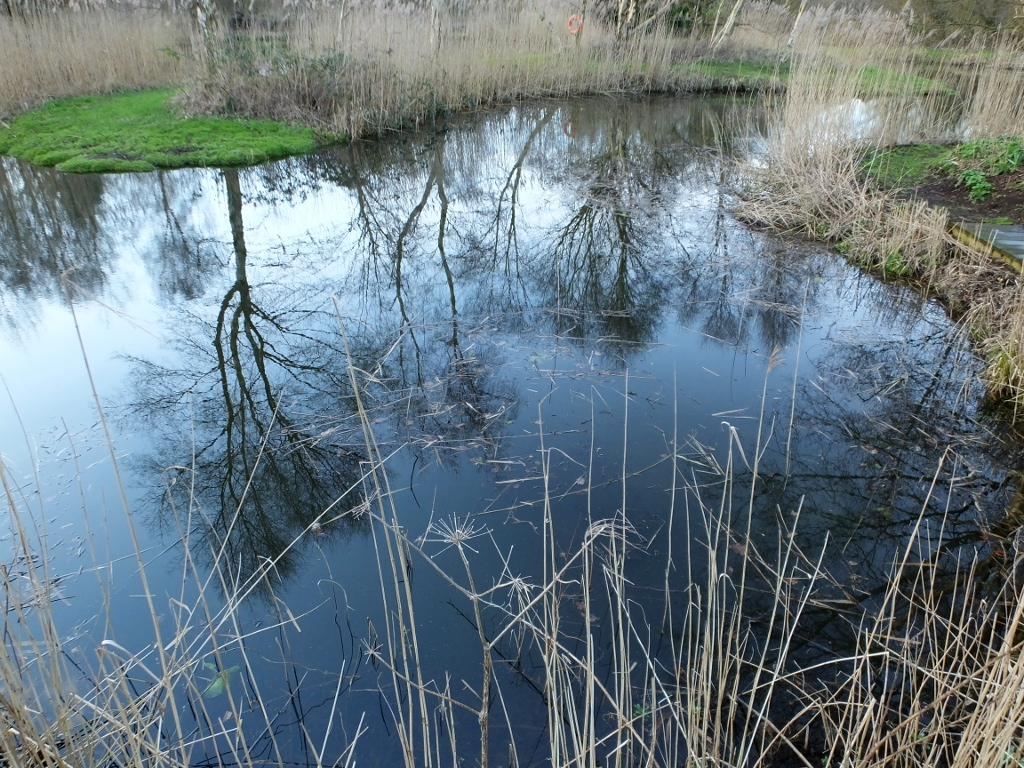 The first photo was taken on on 28 February from the boardwalk on the main island. This is the area we call "The Pool". The following two photos were taken the next day. 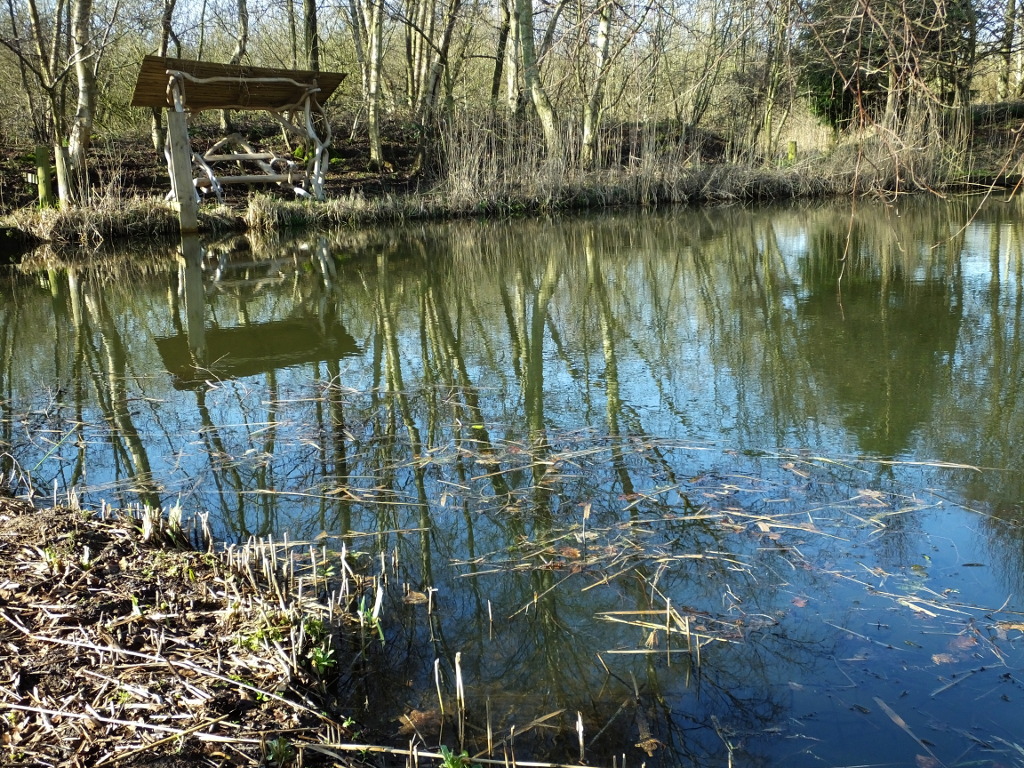 The Pool is overlooked by "The Ruston Bench", the grassy area at the tip of the peninsula, accessible from the cottages next door to Ruston House, and "The Tree House" on the main island. 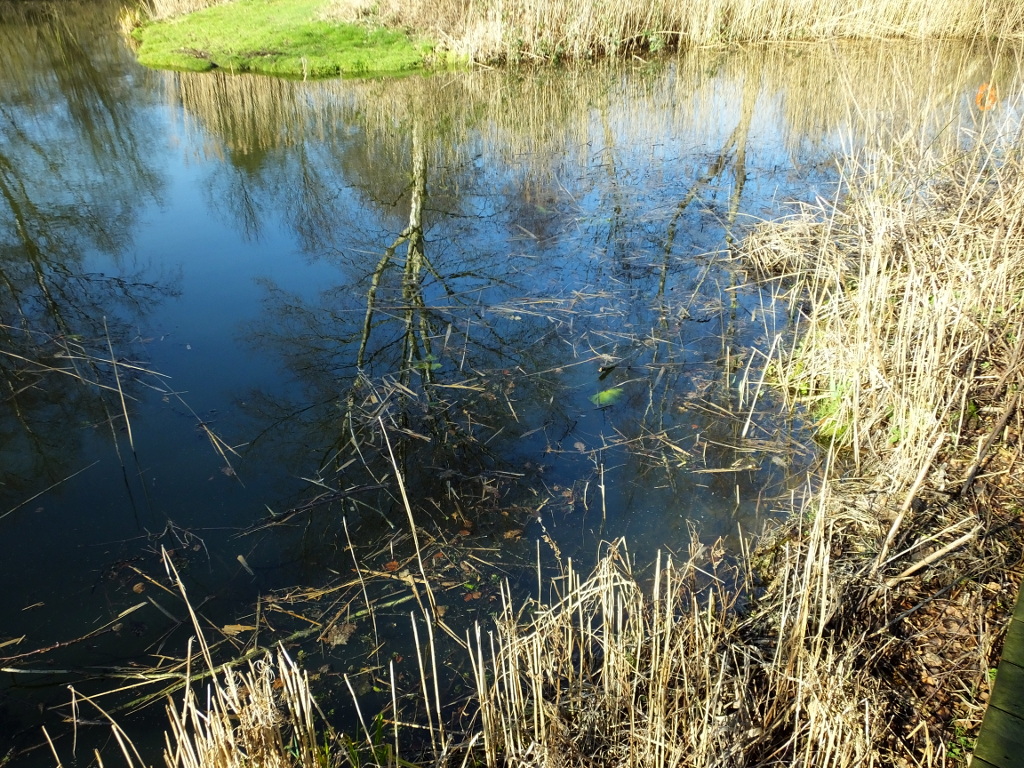 As can be seen much of the mess cut from the tip of the main island remained in the area. 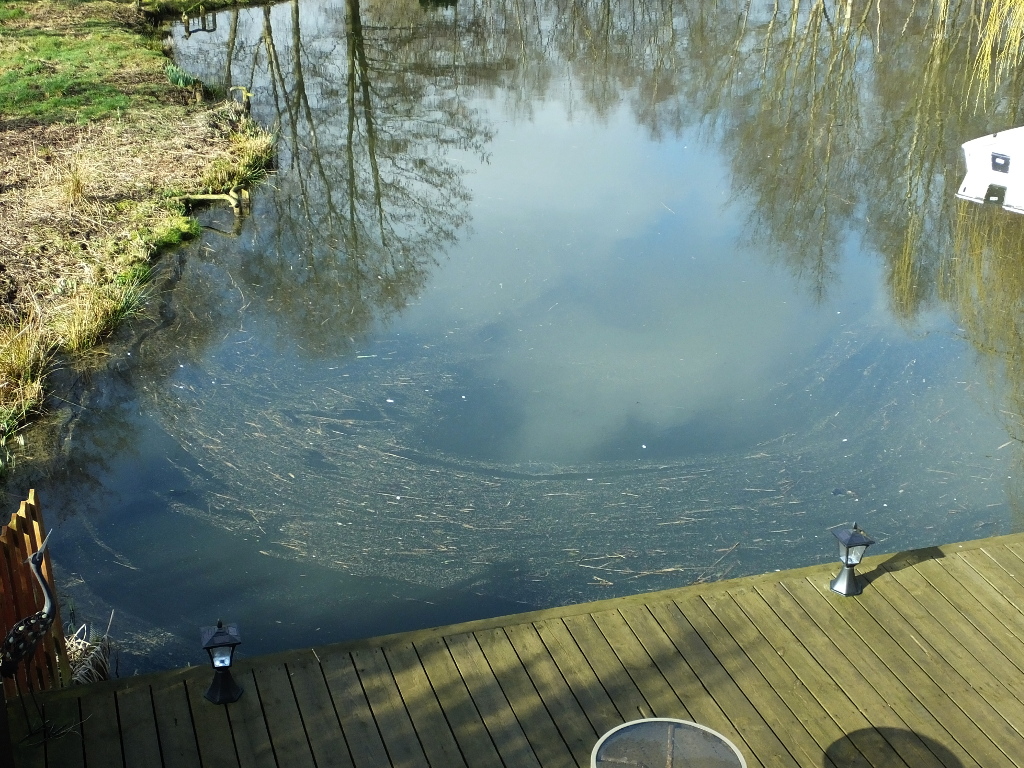 The final photo, taken today shows that we are still suffering the results of the lake of care in how the reed was cut.