After discovering the great beetle last week, yesterday once again tackled more of the pond weed that accumulates around the edges of the lake and particularly under the lilies. Compared to last year, which may have been abnormal, growth this year has been phenomenal.

Once again I piled up on the decking all I pulled out of the lake, so it could dry out a little before carting it round to the composting area near the reed bed. So, this morning, I took the photograph below showing the pile after it had shrunk a little after drying out overnight. Over the last month I reckon to be extracting about this amount every four or five days and only just seem to be keeping on top of it. 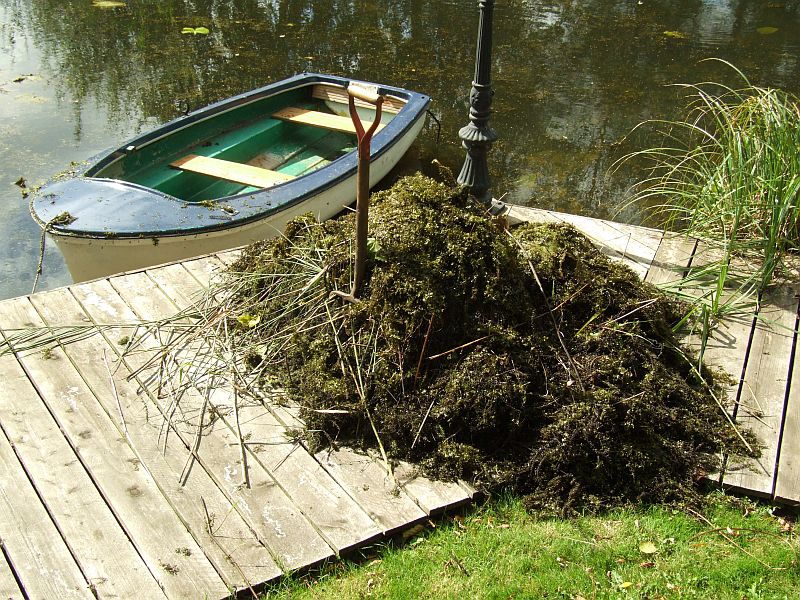 While I had my camera out I took a further walk around the grounds. I mentioned, Last Month, that I have become concerned about the area beyond the peninsula around the small island in the north west corner of the lake. Today, I took another view of the same area, this time from the peninsula on the side the holiday makers see, rather than the fishing stand in the grounds of Ruston House. 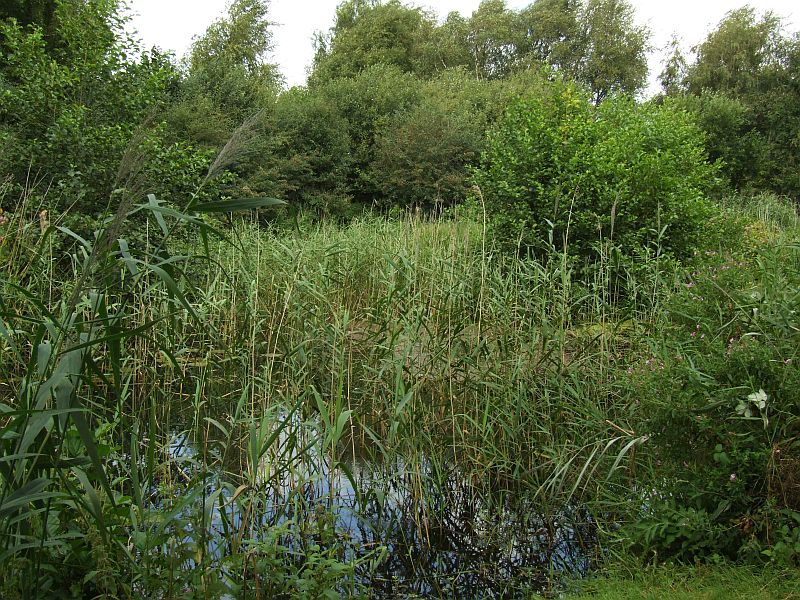 To show how quickly things are growing, while on the peninsula, I took another picture of the tree that was cut back last November during the cottage owner's annual work party on the site. I last recorded the state of the tree on the 3 May this year when it looked like this: 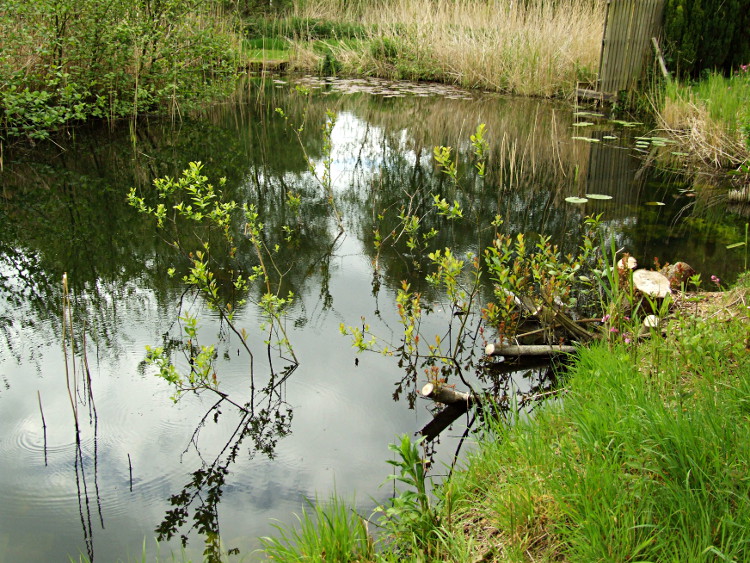 Now the tree has re-grown and is a bushy ball approaching six foot in diameter. In May I said, "It looks as if it needs some further attention to keep it under control". Now I think that is confirmed! The other thing the pictures shows is the excess of pond weed that appears to be beginning to rot on the surface of the lake. 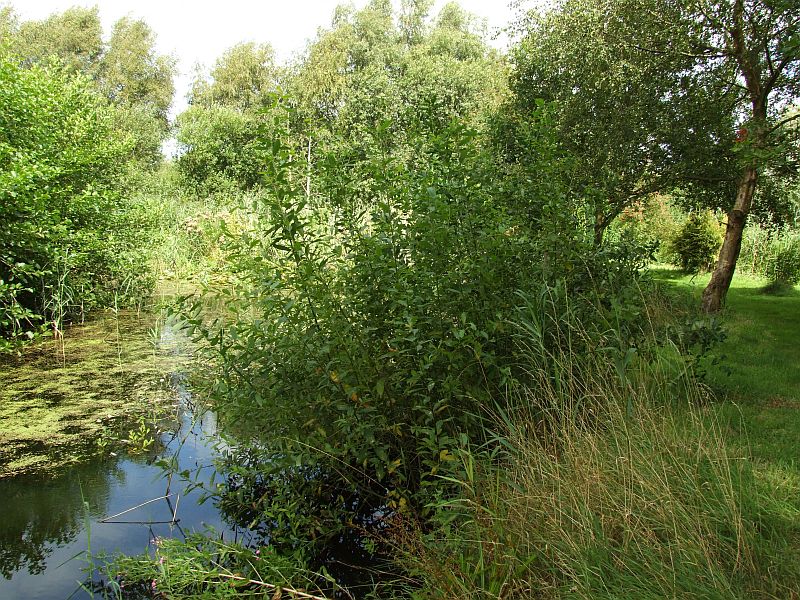 Apart from the need to dispose of the pond weed, the other thing that had tempted me out with the camera was the remarkable sight of the lake behind the cottages. We had severe winds yesterday and a remarkable fall of seed from birch trees as a result. 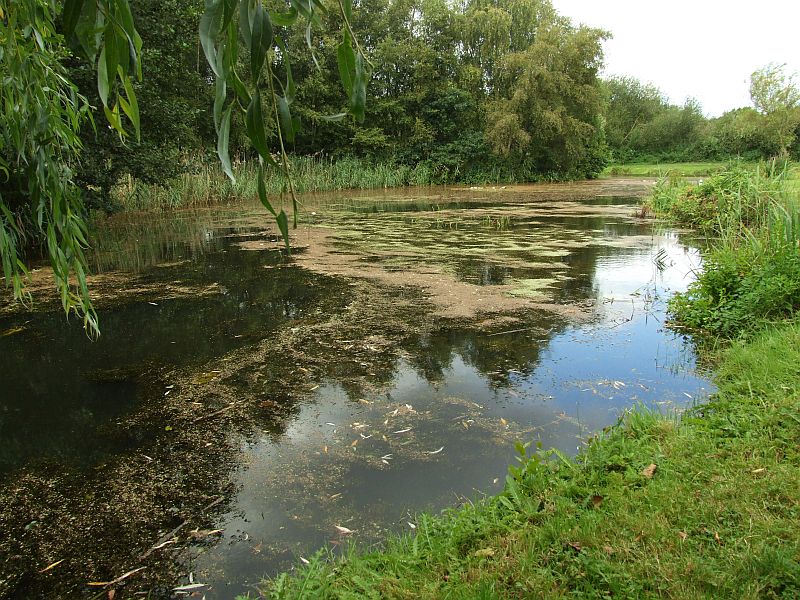 Much of the seed seems, in part, to be supported by the weed growth reaching to the surface of the lake. In the more open areas the seed has either sunk or been blown and become stuck against obstacles on the water surface - more seeds or the underlying weed. The fact there is so much seed right across the lake suggests it is in need of a fair bit of weed clearance, in much the same way as the lake behind Ruston House has needed it this summer.

I first time I recorded something approaching this on 14 November last year (in a photo seen on my post of 1 December last year)  when I reckoned there was a significant fall of willow leaves. I now wonder if the majority of the cover wasn't birch seeds. I wish I had looked closer at the time.