Yesterday I began work to improve the main path from the house towards the bridge.

There was more to the job than I had originally foreseen and I was so distracted that I failed to take any pictures of what was planned as completion day for the cabin. 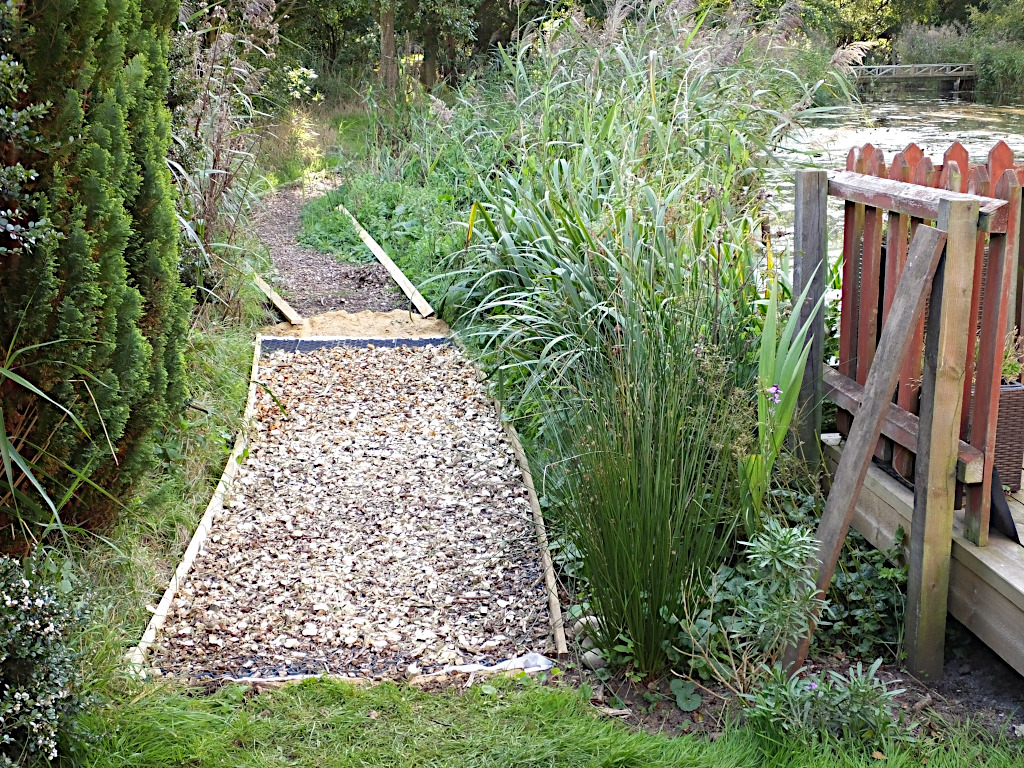 We'd long wanted to create level paths round the grounds and while some work was done at the beginning of the year at various places around the site, I had recently discovered a much cheaper version of plastic grid that would help do the job.

We had a mass of 6" and 9" planks delivered in February to help with the task in other areas of the grounds but these were too wide for the purpose here, so the first task was to cut the 6" planks in half. They then needed to be pegged into place to hold them in the required gentle curves. It took till the end of today to lay the first five metres. 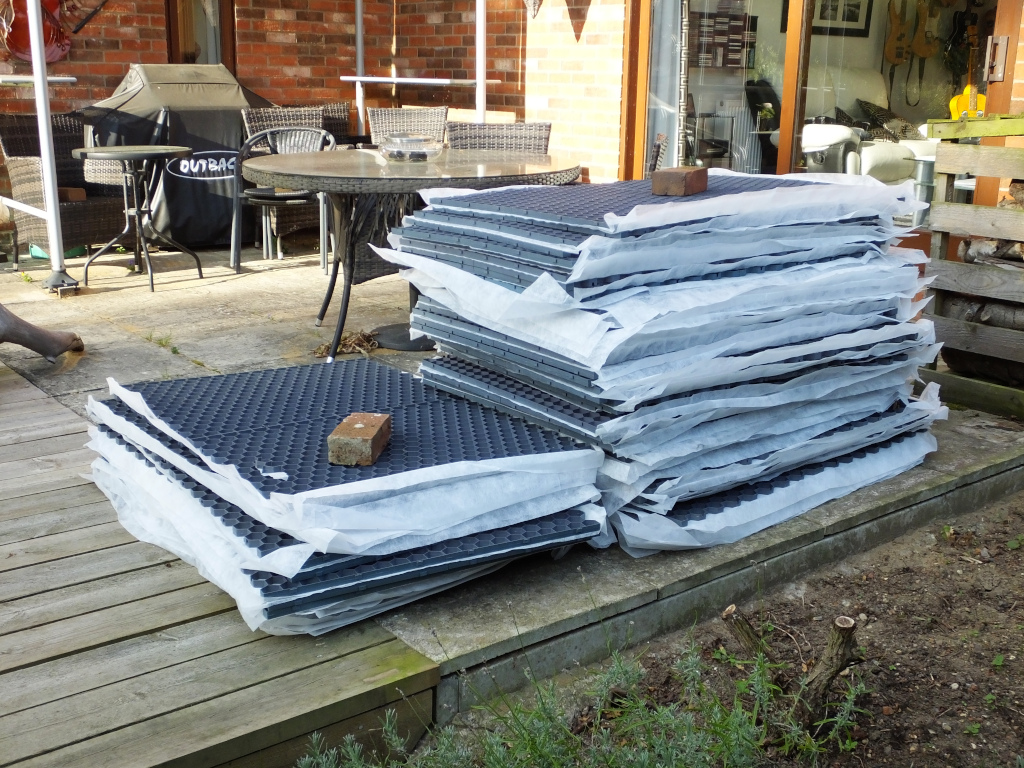 Here's the stock that is left over. Each panel consists of four interlocking "tiles" held together by welding a sheet of permeable membrane that allows rain to soak through. There's enough in the pile to create another 50m of path 1.2m wide!