There's been four days since I started work on the chippings path. Today I remembered to take some photos of the progress made. 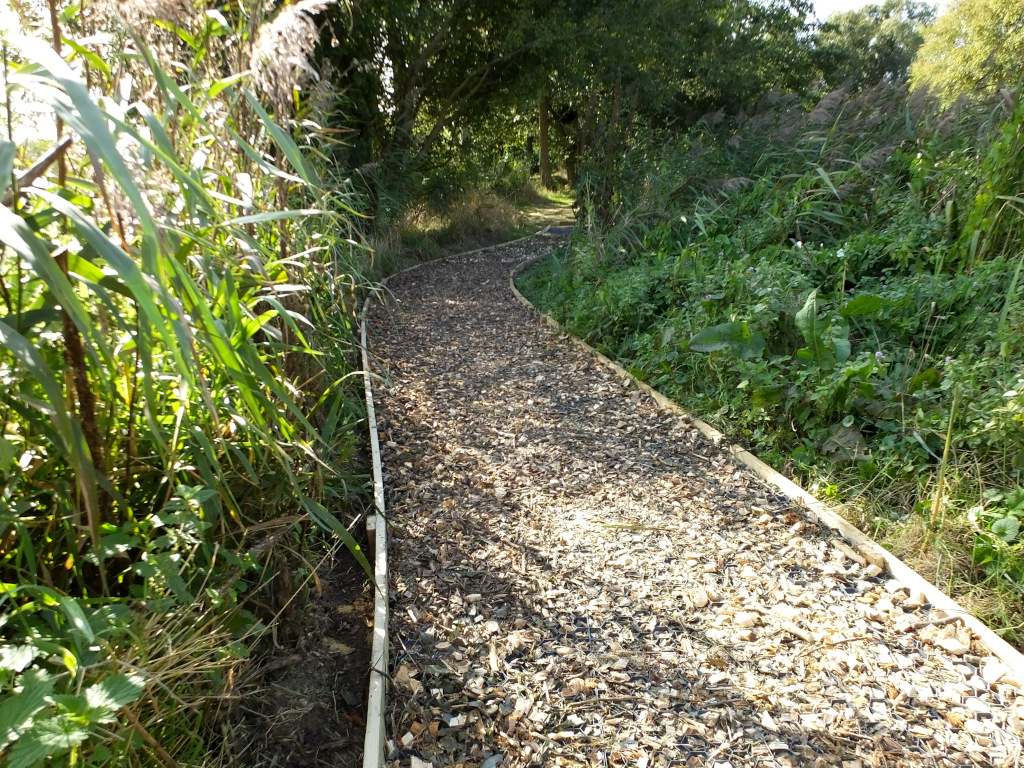 Just before 14:30 I took these first two pictures. The first shows the area which was at the limit of the photo taken on Monday. At the point where it sweeps to the right the path had stepped off-line by the full width of a tile and it had proved a bit of a struggle to get the bends in the edging strips and to have the ends line up neatly. 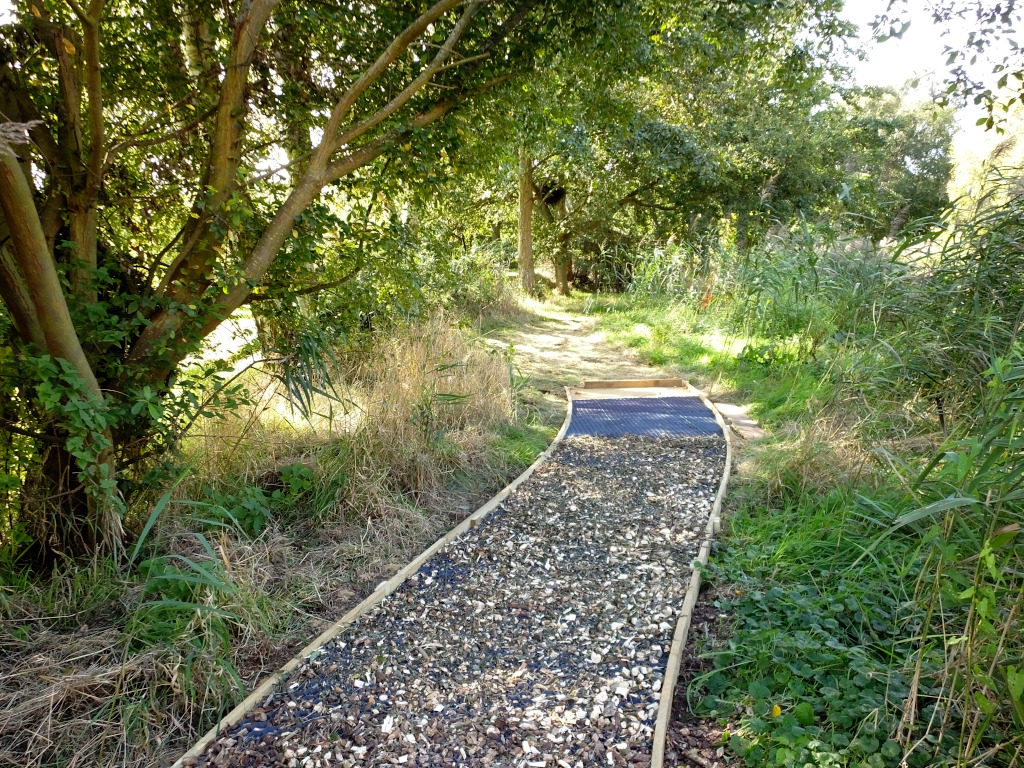 The second picture shows the limit of the work after I'd taken a break from laying the edging and fitting the grids and spent some time producing the wood chips from the various bits of old tree that had been stacked behind the old reed bed for most of the year.

The end of the path is level with what we call the "Swan Crossing". It's at a low point on the path and needed more soil under the grid that earlier parts, but ahead the ground climbs slightly and most of the afternoon was spent deciding how to approach that gradient. 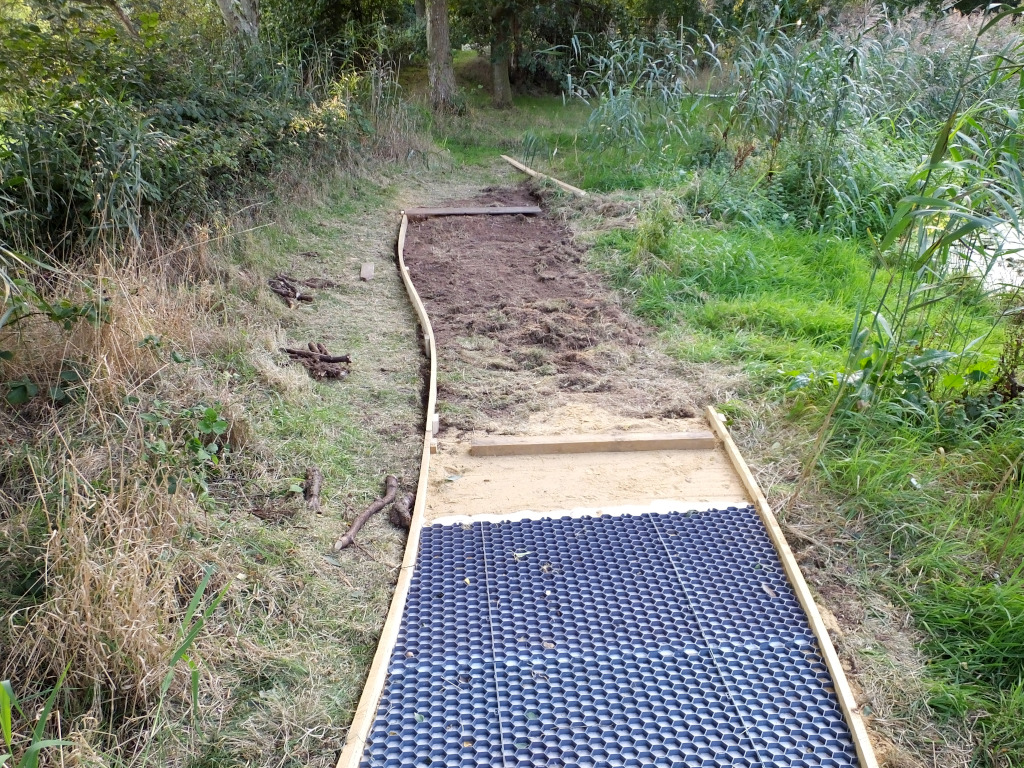 I wanted to continue with a sinuous route yet not have a sudden changes in gradient. That's because a dramatic change in gradient requires a cut in the edging planks. But keeping the planks at the maximum length makes it much easier to get pleasing curves. Eventually, I satisfied myself that I had found the best route. Having cut away at the ground, removing bits of tree root on the way, a slight cutting would be created to one side as we approached the high point at junction with the "High Road". That path would be level across its width with all the soil cut away and only the minimum of sand required on which to bed the grids.

The ground was left in the state seen here at the end of the day!