It has been becoming apparent that weed levels in the lake behind the cottages were unusually high this winter. In previous seasons, I had come to expect all weed to disappear from the surface of the lake. Last summer, because of staffing issues, very little had been done to keep weed growth under control and it seems we are now reaping that legacy. 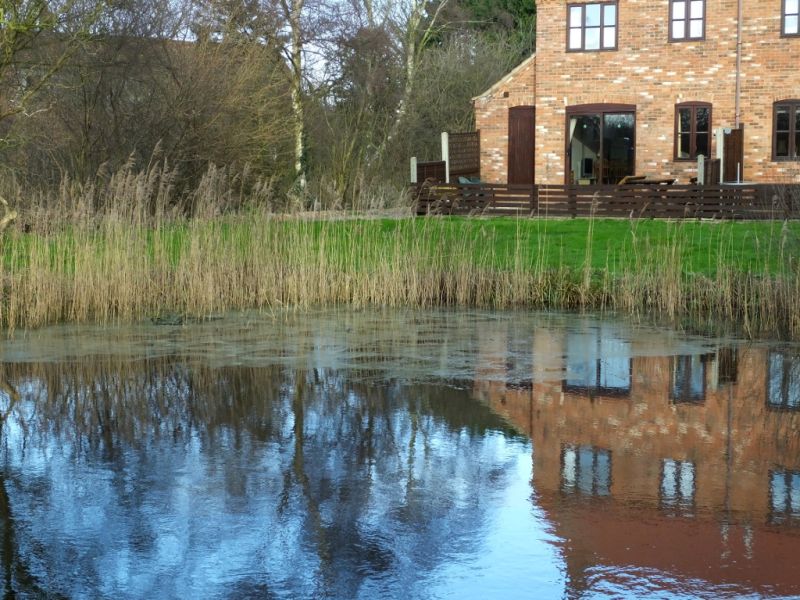 Here, in a picture taken from the main island, you see the weed caught in the bay behind the furthest cottage from the house. It's not unusual for some duck weed to get pushed into and then trapped there by the wind - but not at this time of year. 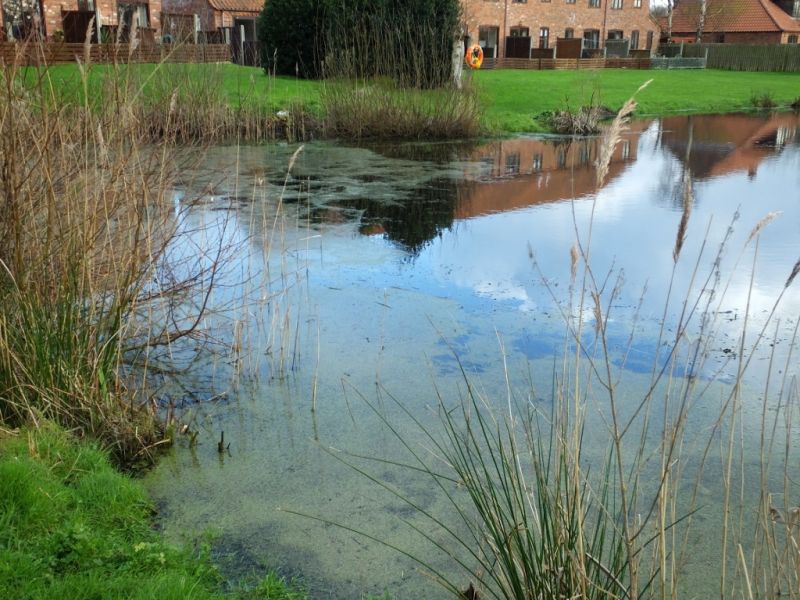 Here's another view of the same patch of weed, taken from the cottage grounds, showing how the weed is not just caught in the bay but stretches down most of the northern fringe of the lake. 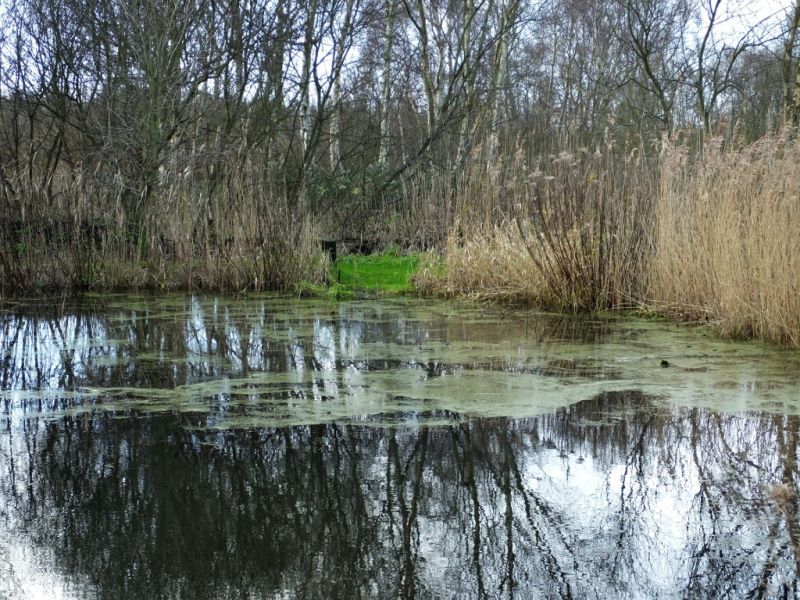 Now we see the other northern extremity of the lake, with the small island just out of sight to the left of the picture. 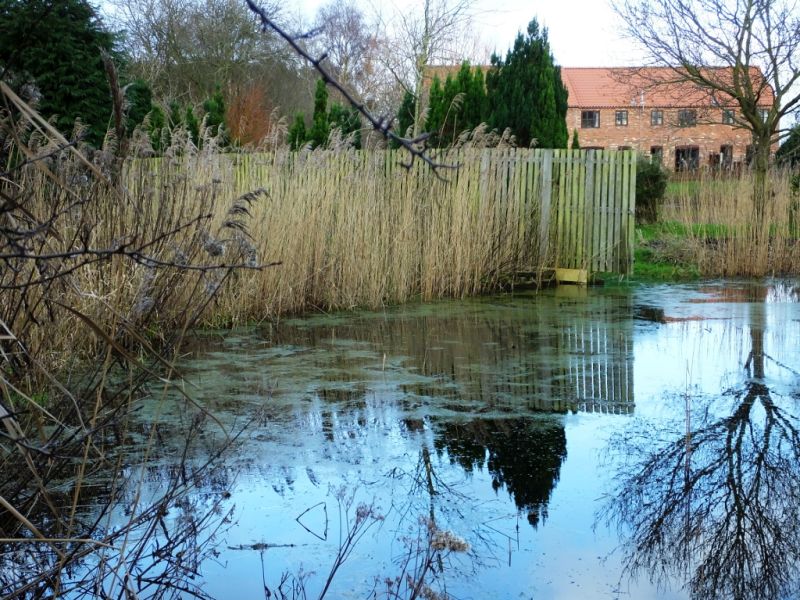 Again, another view of the same area. There is no doubt that, since Diana and I came to Ruston House, we have ever seen such volumes of weed on the lake surface at this time of year. It is an issue that will have to be discussed the next time the company directors meet. The group that represents the cottage owners. 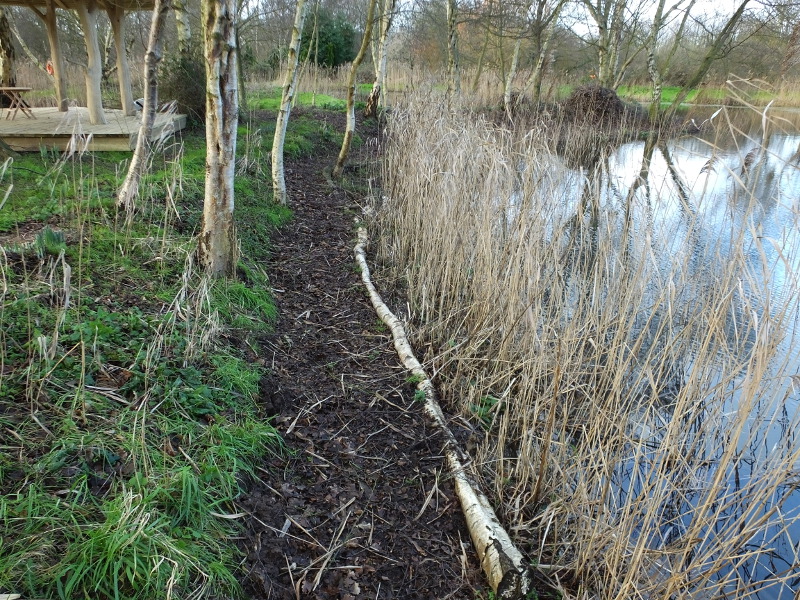 While leaving the island after taking the first of the pictures above I stopped to take a picture of the part of the new path round the island that was created last year. Looking back I realise that, what with everything else going on - the building of the cart shed, the tree surgeon coming, a wedding - I took no pictures of the path while it was under construction and this is the first there is. 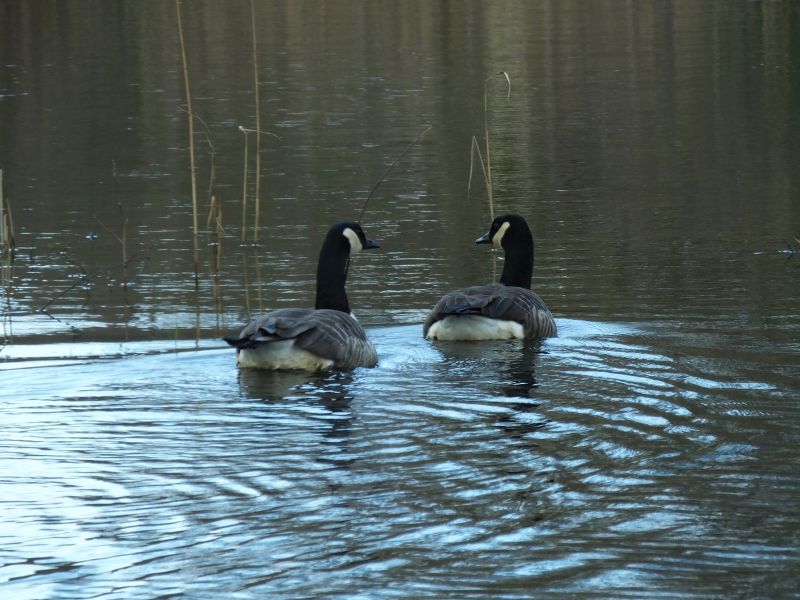 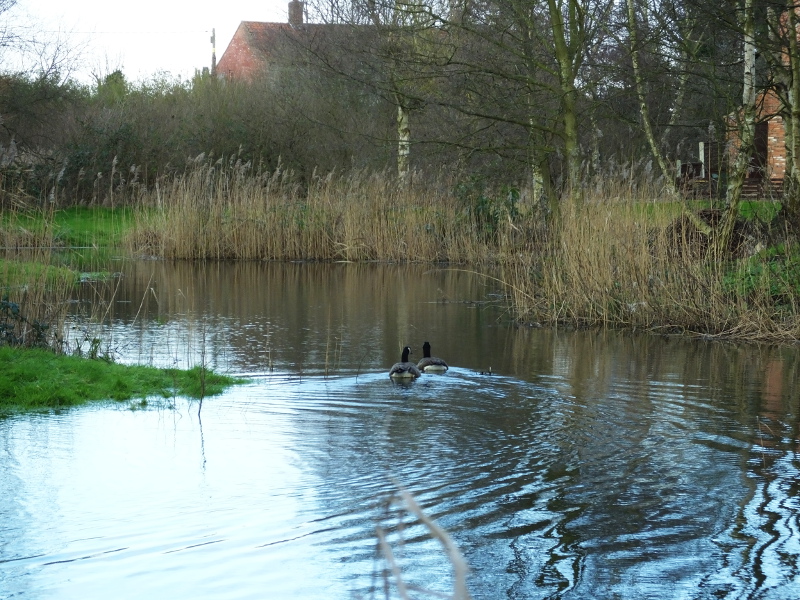 On leaving the island I take a couple of pictures of our resident geese, before moving round the site to get to the cottage grounds to take the other pictures of the weed. The more general view shows how high the lake level is, with the grass at the tip of the peninsula awash. 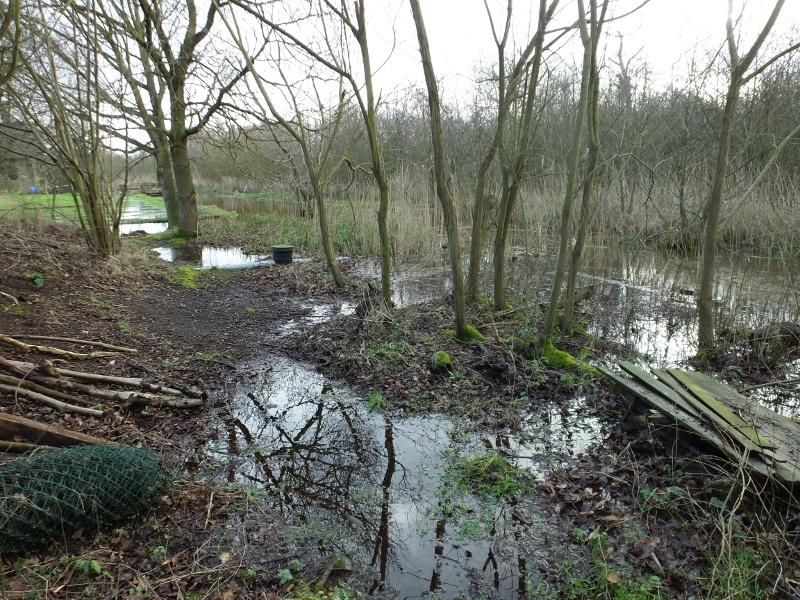 Once at the south western corner of the site I realise that it is not just lake levels that are high. I don't recall ever coming down to this corner of the site while the dykes have been so high. I certainly didn't realise things get quite this flooded. I guess I may have been misled, as my neighbour has slightly raised the dyke banks after many years of dredging the dyke so when I look out of the house I see the water well contained in the dyke. While I recognised that his "field" does hold shallow pools of water when the dykes are high, for some reason I had assumed that the land in this corner of our grounds was as high as the dyke bank and unlikely to get flooded. 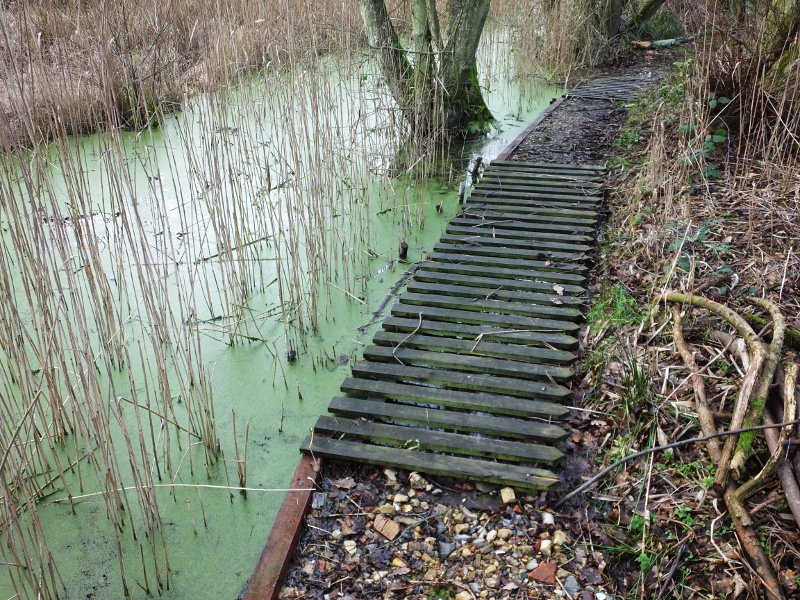 Apart from showing the amount of weed that is also found in the ill dredged dyke, and that is there throughout the year, this shows a much higher level than normal. The line of the tips of thicker stakes showing just above the water are there to retain logs laid horizontally that normally define the bank of the dyke. 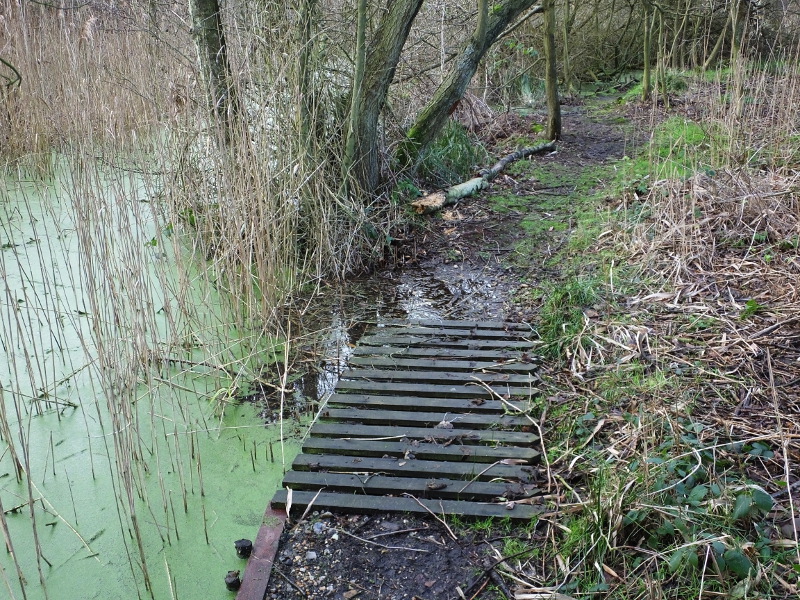 Now moving on to the second panel of old fence that is now used as boardwalk you see that the flood has inundated the width of the path. The rotting birch trunk that you see was laid there to define the edge of the path once everything starts growing again in the spring. 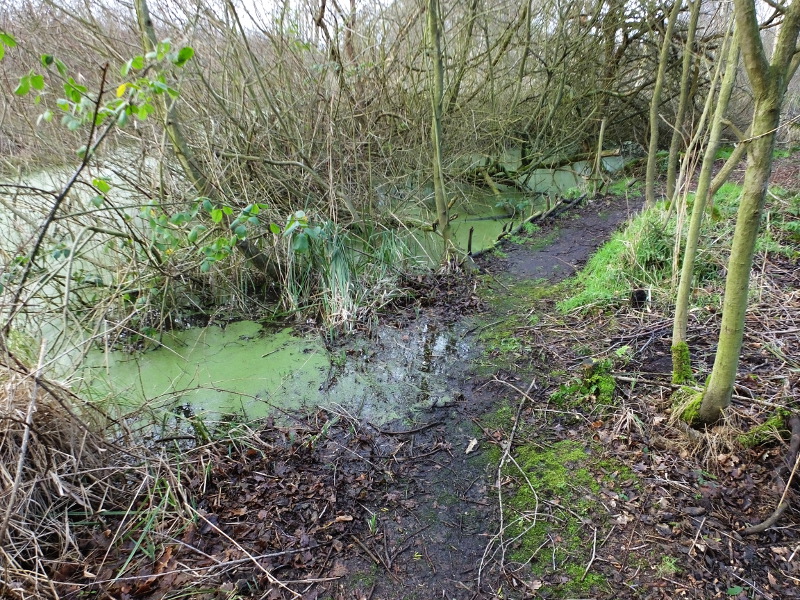 Finally, I move to the north west corner of the site. To the left you can see the main dyke that continues on beyond our grounds, while in the centre is the second dyke that is cut at 45° to join the dyke that forms the northern boundary of the site. I have never been bold enough to attempt the crossing to small triangular island formed by this short dyke. Maybe one day...