This evening Diana and I took a walk round the grounds and I took my camera with me.

I had read that after raising their brood the adult Canada Geese go through a moult and lose their flight feathers. During this period when they are flightless one can expect them to move onto the water for protection and rarely be found on shore. It seems that our residents are not like that! They don't appear to spend significantly more time on the water than they did before although it's clear that the geese are now well into their moult... 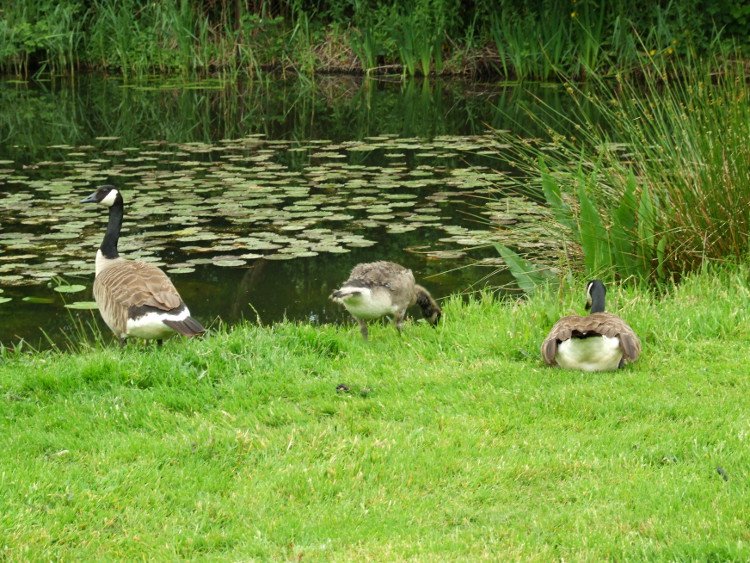 Tonight it can be seen that the bird on the left has a clear white band round its tail having lost the dark feathers from its wing-tips. Compare the tale with the photo taken a month ago.

The bird in the middle is the youngster. It now has adult plumage although the white areas on the head are rather grey compared with the adult birds. 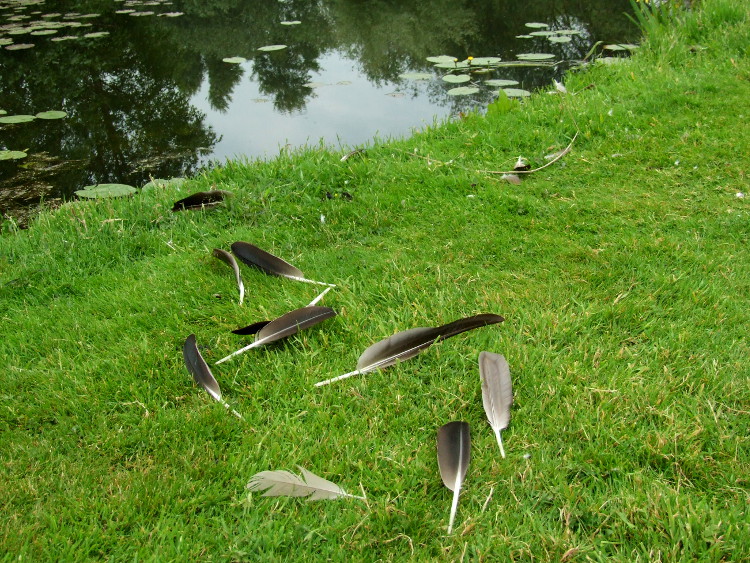 The feathers found nearby do rather prove that the moult is in progress. 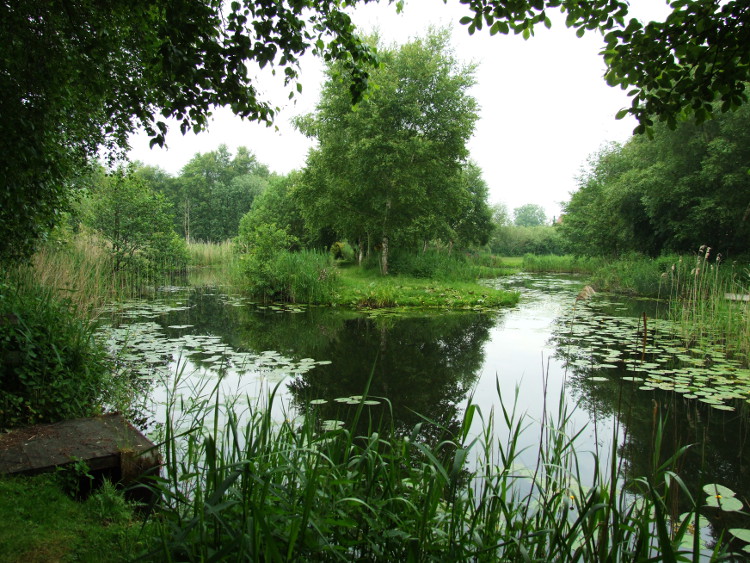 As I think I have mentioned before, perhaps my favourite view of the lake is taken from the south-western corner, looking towards the tip of the peninsula to which the cottages owners have access. One of its attractions is that has no buildings in the background, although tonight, an overcast evening, it certainly is not being seen at its best. 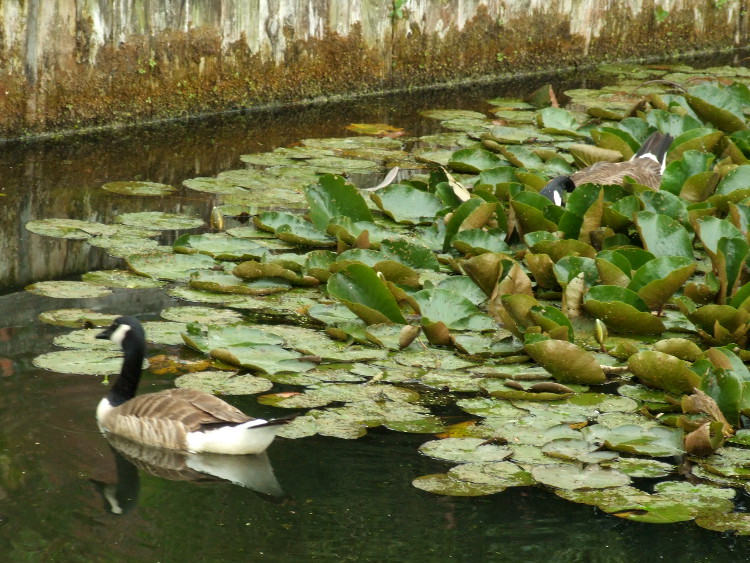 Having taken around twenty minutes to circle the lake, we got back to the house. It was to find that the geese had indeed taken to the water and were now behind the house. I have never seen them that close to the house before. Nor had I seen them fighting their way through the lillies and seemingly nibbling the various muck that now clung to the upper surface of the leaves.