It was a warm dry night a week ago and for some reason Diana decided to pop outside and walk down the path beside the lake. When she came back she asked me to come out with her again. We took a few steps down the chippings path beside the decking and then she got me to look in the undergrowth to left and right. 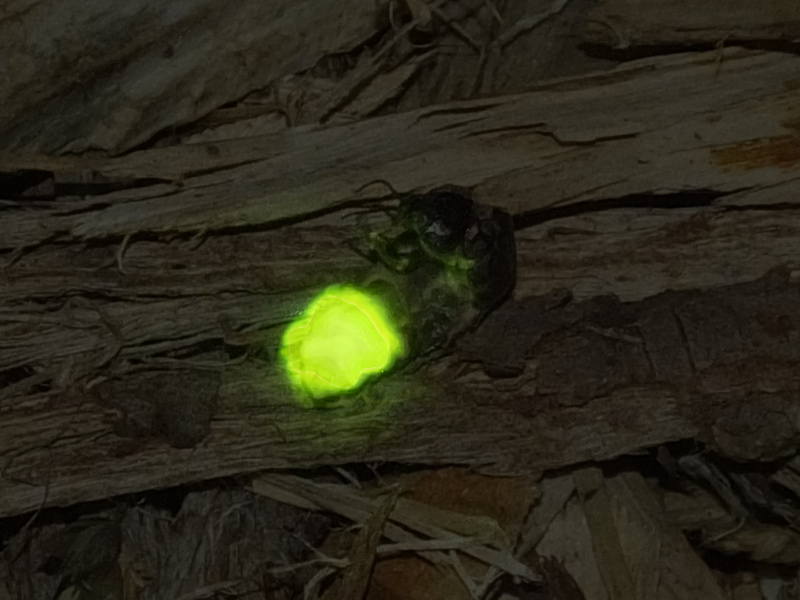 We counted eleven greenish lights glowing in the dark, like the LEDs you might see on electronic equipment. Further down the path and round the back of the lake we could see more, but not packed as tightly as the dozen nearest to the house.

Tonight conditions were much the same, so this time I went outside with my camera and tripod. There were several glow worms visible, though not as many as on last Friday. However, close to the edge of the path was one in the chippings, so I set up the camera and took a shot.  You couldn't see much except a rather over-exposed green light so, without moving the camera, I set it to flash and took another shot.

The image you see here is a combined image, in which I have superimposed the original image on top of the flash version and then reduced the brightness of the image with flash, so you can see the chippings on which the glow worm was lying and put its light in context.