Last year I reported Sighting a Heron on 15 June and mentioned, at the end of the report, having seen kingfishers but not had time to grab my camera before it was gone.

This year is much the same, although I can't believe that I have been seeing kingfishers since as early as June. However, today I did manage a blurry shot through the lounge windows of one perched on the fishing stand near the house. 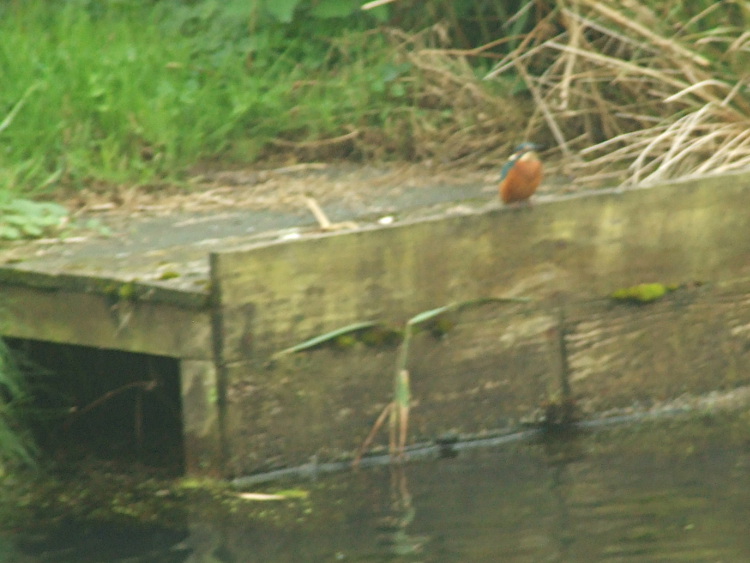 At least it proves they are around this year. Moments later it flew down the lake and perched on the balustrade of the bridge. With the bird at that distance I felt bold enough to go outside to take a further photograph, but in my hurry to take the shot I allowed the camera to focus on the lamp in the foreground, instead of my intended subject. 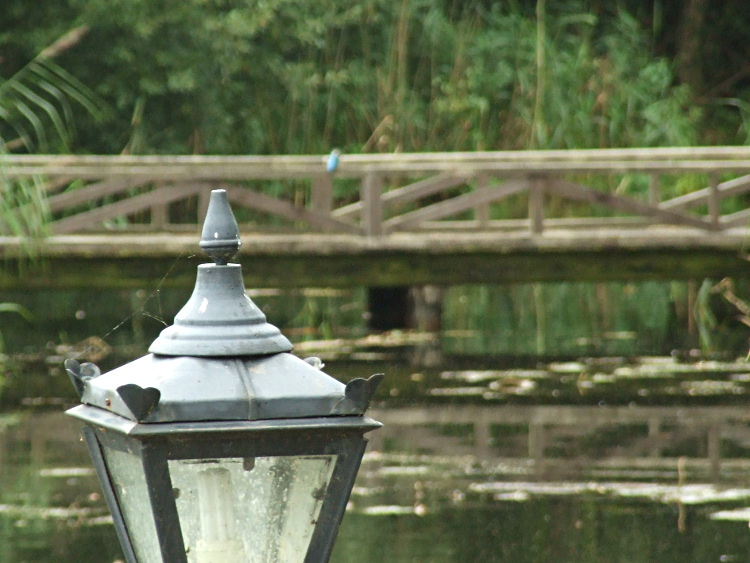 Moments later it was gone and I had no chance of better images. Both of those here come from small portions of the total image captured by the camera. Hopefully, I will get something better soon.