I guess you should expect it. Clear bight days in December usually lead to chilly nights. It had been such a good day on Wednesday that a night cold enough for ice was inevitable. 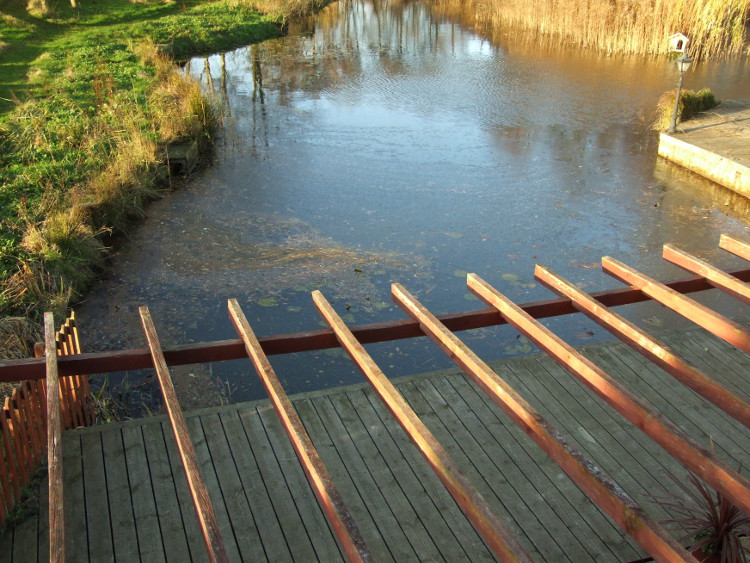 I took these pictures shortly before 11:00. They show the whole of the bay behind the house covered in a sheet of ice. The more open water, beyond the shelter of the quay heading, remains ice free. Any trace of frost had long since gone, if indeed there had ever been any.

I say that because I associate frost with still nights and last night was not a still one. It had been a windy enough to blow down a branch from high in one of the trees close to the house. 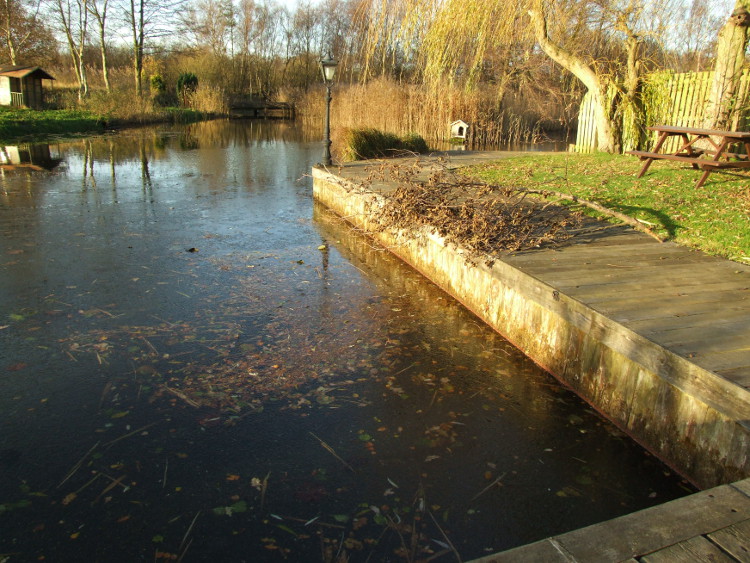 Although you can't make it out on these photos the surface of the ice was unusual. It appeared as if the ice had formed, then broken apart, then frozen together again with slightly overlapping "tiles" of ice. I might have said it was just the effect of all the leaves that were trapped in the water, but the irregular ridges appeared in the clear areas of water too. My best guess it that the wind did spring up after the ice initially formed. That then made the ice break up. As the ice then moved around, water from below lapped onto the edges of each piece of ice, which instantly froze, producing a ridge around each piece. Then the wind died down and the whole surface re-froze as a solid sheet, but now with a pattern of random ridges over the surface.

Re: First Ice of Winter!