Back last year when we were viewing the house and considering purchase, one of the photos that the owner showed us was of a Kingfisher sitting on the decking outside the lounge.

For the last few weeks we have been seeing what, initially, I was sceptical was a Kingfisher. With wings folded on its back they would appear black. I also thought the bird was a little bigger than it ought to be.

A couple of days ago I had got up to see the bird from our bedroom window. I grabbed my camera but as I opened the window it took off, so I missed it. This morning I saw it again, undeniably a Kingfisher, and took a hurried shot through the glass. Unfortunately, the camera appeared to focus on the bars of the logia above the patio rather than the bird, and the image I got was quite blurry. 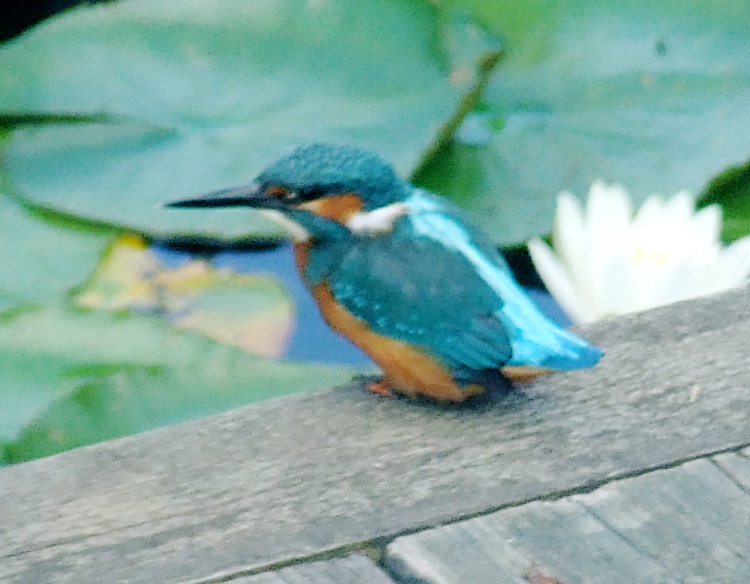 Again, I went to open the window and again that was enough to put the bird to flight. As before, it flew down the lake and landed on the railing on the bridge to the island. However, once it turns sideways, you lose the sight of the bright blue plumage on its back and the wings appear to go dark and it disappears into the background.

Re: Finally - A Kingfisher!