In front of the house work continued on the construction of our "cart shed" or garage to those of a less rural persuasion! As the time for an afternoon tea break arrived I brough the drinks out to the side of the house near the newly constructed decking and spotted perhaps the biggest caterpillar I ever recall seeing. 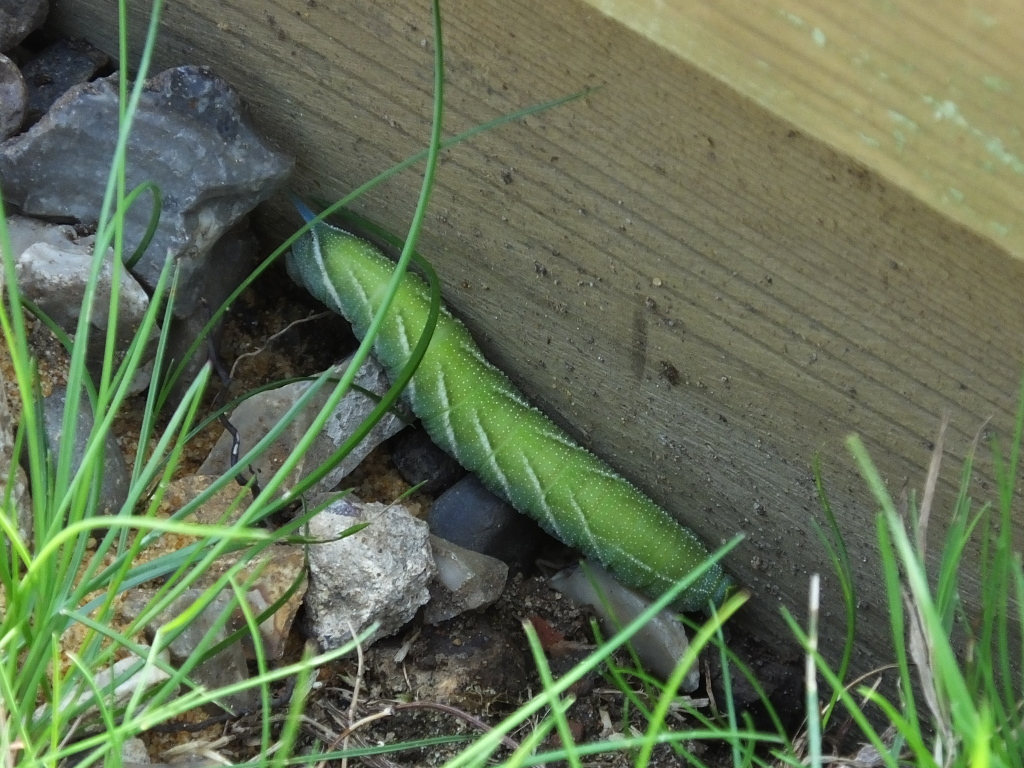 After waiting for it to move from the place where we first noticed it, David, our builder, placed his ruler beside it, showing as being over two inches long. 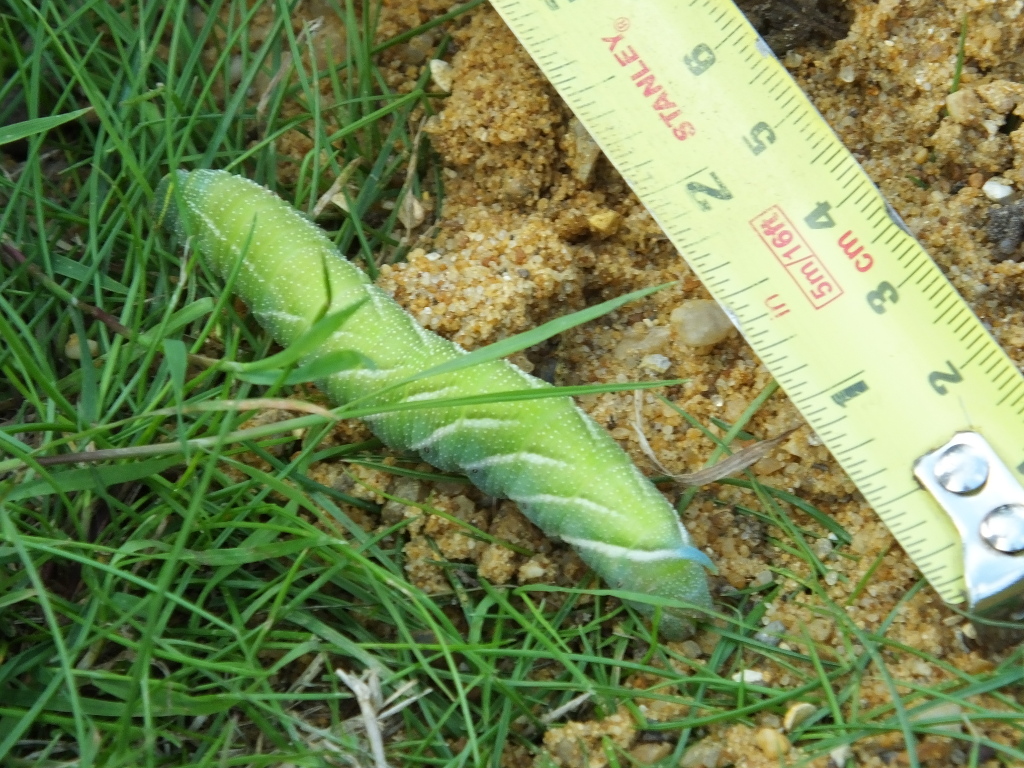 Then David got bold and picked it up. It was only later I looked it up and after searching for images  of large green caterpillars decided that the bluish spike on its tail identified it as an Eyed Hawk-moth. 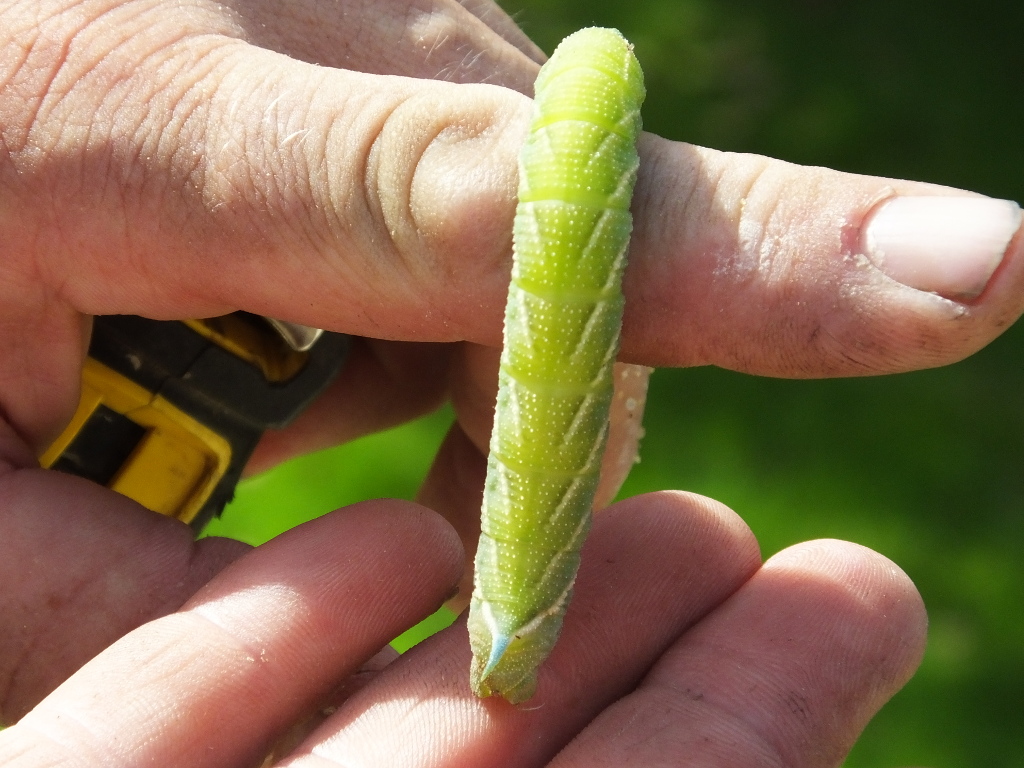 What confirmed it for me was that its main food plant was described as willow and the closest trees growing nearby were just that!