Ducks, A Swan And A Kingfisher

Returning to the bedroom after breakfast, on my way to brush my teeth, I noticed a family of ducks, making their way down the dyke that borders the grounds of Ruston House. The sight reminded me of the Motor of Swans that we'd seen last year - although ducks don't appear as attracted by the weed as the swans and don't make that distinctive rapid chomping sound as they lap it up from the surface of the water. 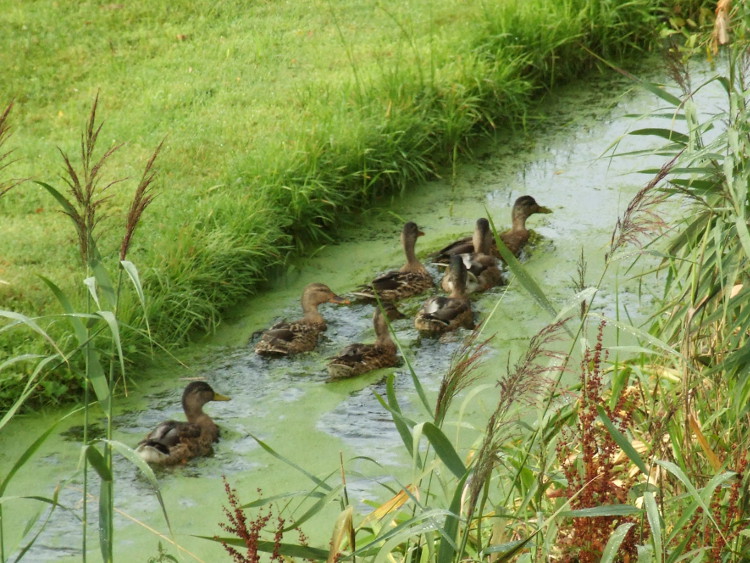 Once they had passed out of sight, panning round, you could see our lone swan. This is the near adult cygnet that when I last photographed her, on 4 July, I was debating whether she had become a Resident Bird. 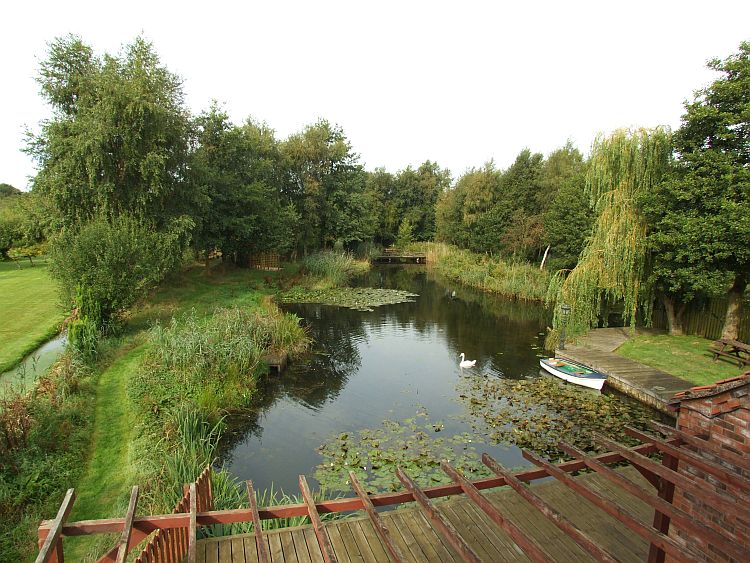 Six weeks ago you could still make out the brown feathers of a young bird, but now she appears fully white. Only the bill remains rather more brown than the adult bird we still see from time to time. 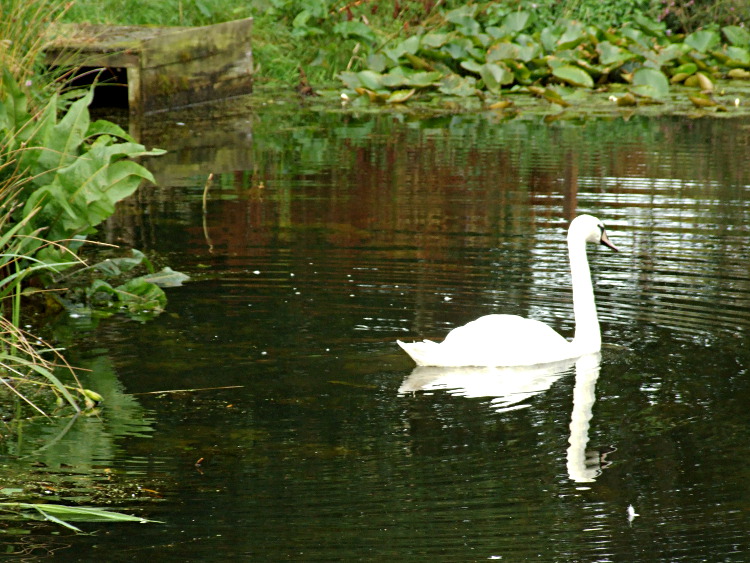 Ten minutes later the swan is still behind the house, so I pop outside to get a different view of the bird. They are a frustrating bird t attempt to photograph. As these images show, it is so easy to over expose the feathers and leave non detail at all of the plumage. 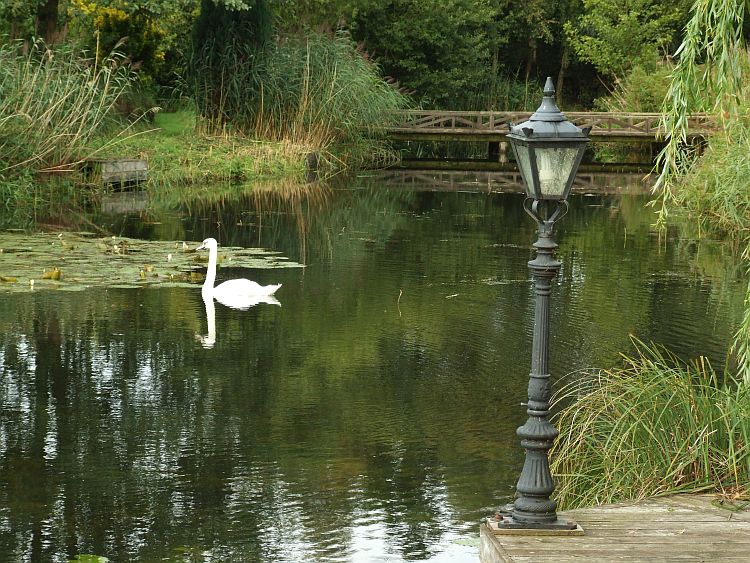 Three hours later and I spot a kingfisher on the edge of the decking under the willow tree. As ever, I find it tricky to get a sharp image of such a small bird at that range. 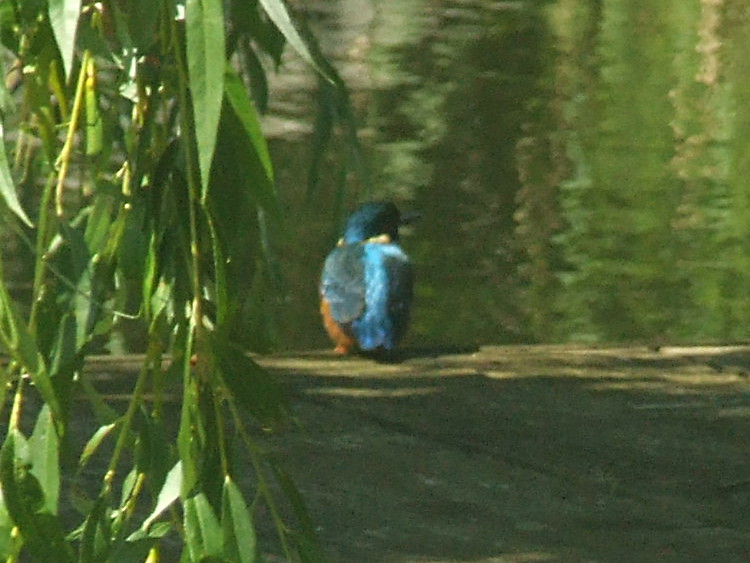 The next two images are from the same photograph. The first is an attempt to set the other in context. 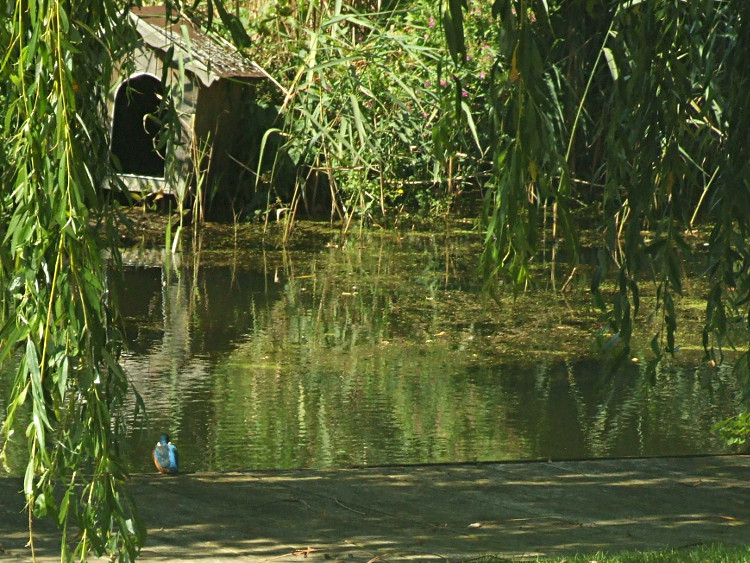 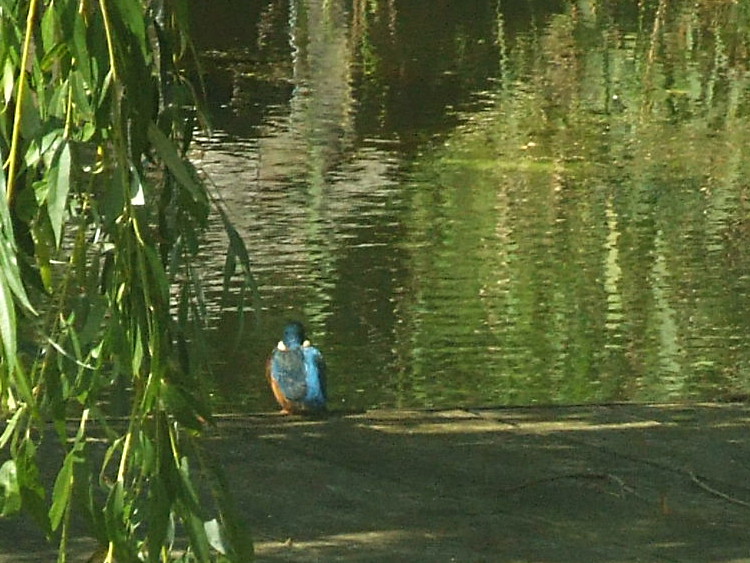 While the second is cropped about as tight as you can go without beginning to make the subject too blurred. At least these are my first reasonable photos of a Kingfisher this year.