Dragonflies, a Toad, Butterflies and Blackberries

Inspired by yesterday's attempts at better photographs I made two excursions round the grounds today about an hour apart. First, I stood and waited just outside the house for the various dragonflies flying round the lake immediately behind the house to land. As usual on a sunny afternoon there were plenty patrolling the lake. 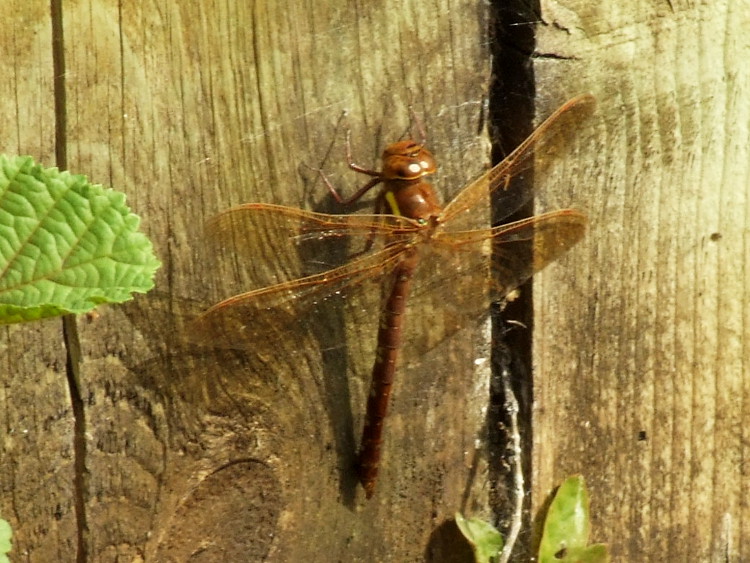 All my previous efforts have been attempts to take them in flight. I confess that was more to do with lacking the patience to wait for them to land in the right kind of position, relative to me, to get a decent shot than it was to photograph them in flight. It took a few minutes but eventually I managed a reasonable shot at what I later identified as a Brown Hawker. They are as brown as their name suggests, but lacking the green eyes seen in the Norfolk Hawker that I had got excited about seeing a couple of months back. 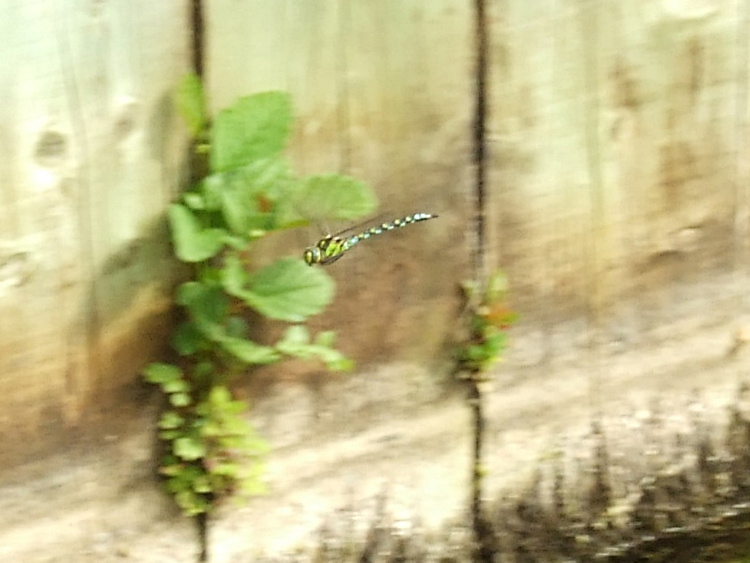 After success with the Brown Hawker I waited more than 15 minutes before giving up waiting for another species to land. Once more I turned to taking blurry photographs of them in flight. The best of the images I got turned out to be a Southern Hawker and I can't say I'm proud of that one. 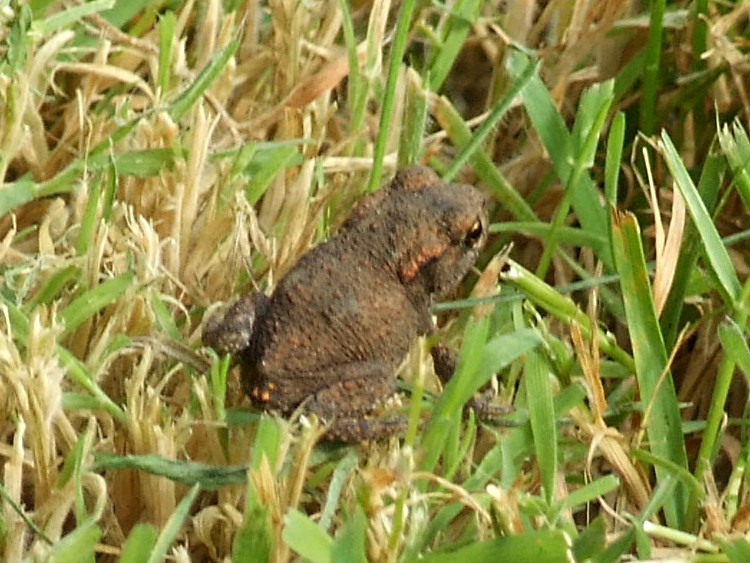 The next creature I was pleased to spot was a toad. I nearly stood on it. I was on the area we call our lawn, that adjoins the cottages. The first frogs we had seen were about a fortnight ago. They were little more than the size of my thumbnail. This toad was significantly bigger than them, perhaps one and a half to two inches from nose to rump - you can't really call it "tip to tail" when talking about a toad, can you? This was the first time I'd seen one when I had my camera with me.

After examining the pictures and, not having got more that twenty feet from the patio doors at the back of the house, I felt I really ought to try a little harder to get some more decent images and made a second trip. This time taking Diana with me and going onto the island. 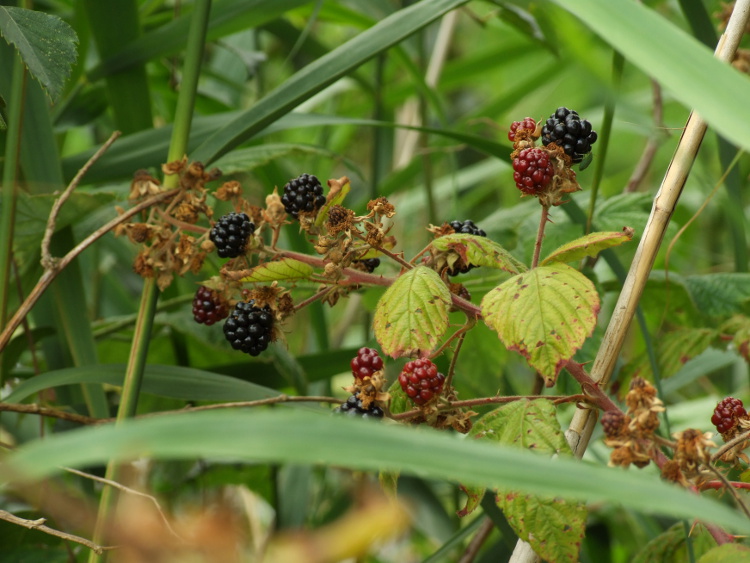 As you cross the bridge you come to the first of a number of brambles - a very large number on the northern half of the island. It really was time to show a indication of this year's crop. It really has not been so good. Most of the brambles in the grounds of Ruston House are in deep shade and that together with a lack of rain and the exceedingly light peat soil seems to have meant that the berries have not had enough moisture to pump up. The bush found as you reach the island is one of the few that get a lot of direct sunlight. At least its berries are beginning to ripen. 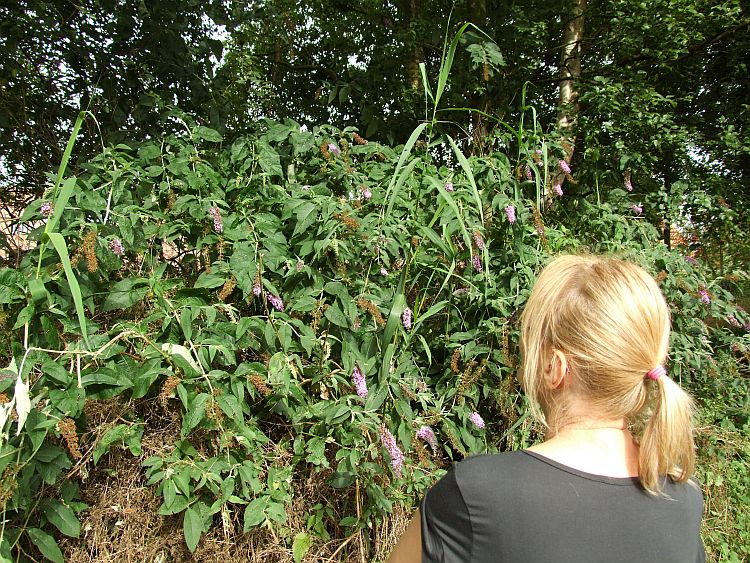 As ever I was tempted to try for photographs that I shouldn't have bothered with - at least, not without a tripod. Simply, zooming in and then expecting to get enough light in the lens and to be able to hold the camera steady enough for a decent shot of the fleeting movement of butterflies landing on a buddleia bush just does not work - so this time all you see is the back of Diana's head! There are some butterflies there! Honest!