If you've been following the Lake Views for July you'll have seen that the work on the decking had been completed by 27 July. However, it was not until today that we might have called the work complete. 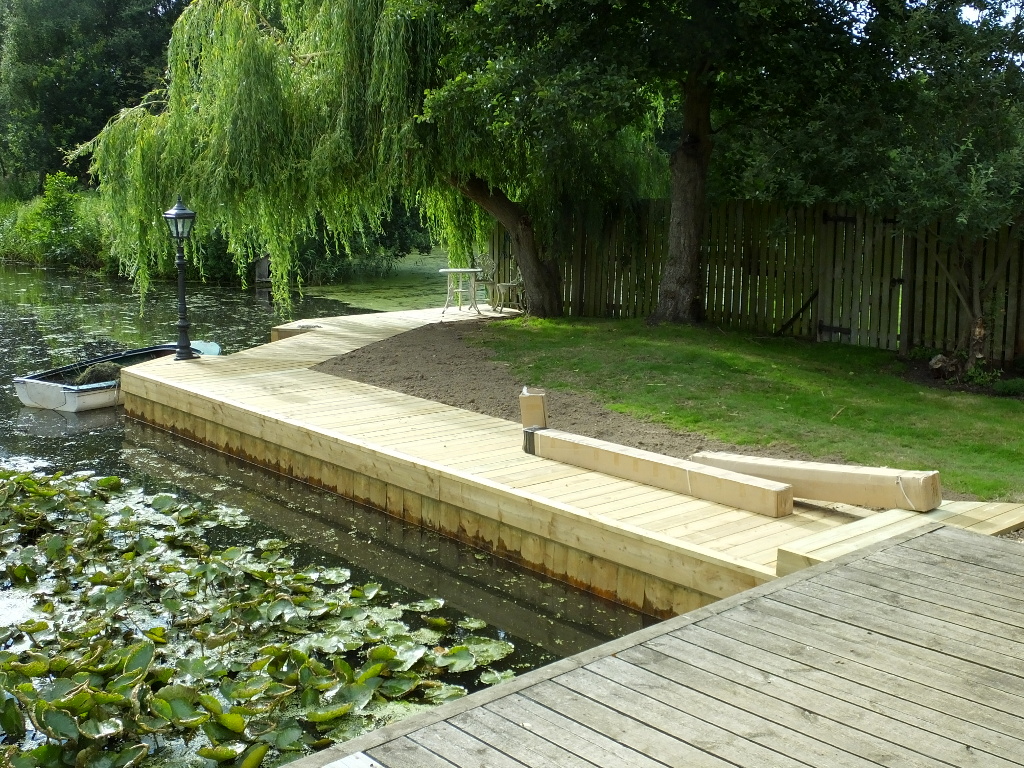 It's not just that the timber is all in place, but extra soil has been brought in to fill the area behind the decking to bring it up to the right height. Mind you, it still has to be seeded and there's concern about whether it will be grown by 12 September, our wedding day.

The packages on the deck, which arrived yesterday, contain the gazebo that that is to be constructed and stand on the patio just out of sight to the right. 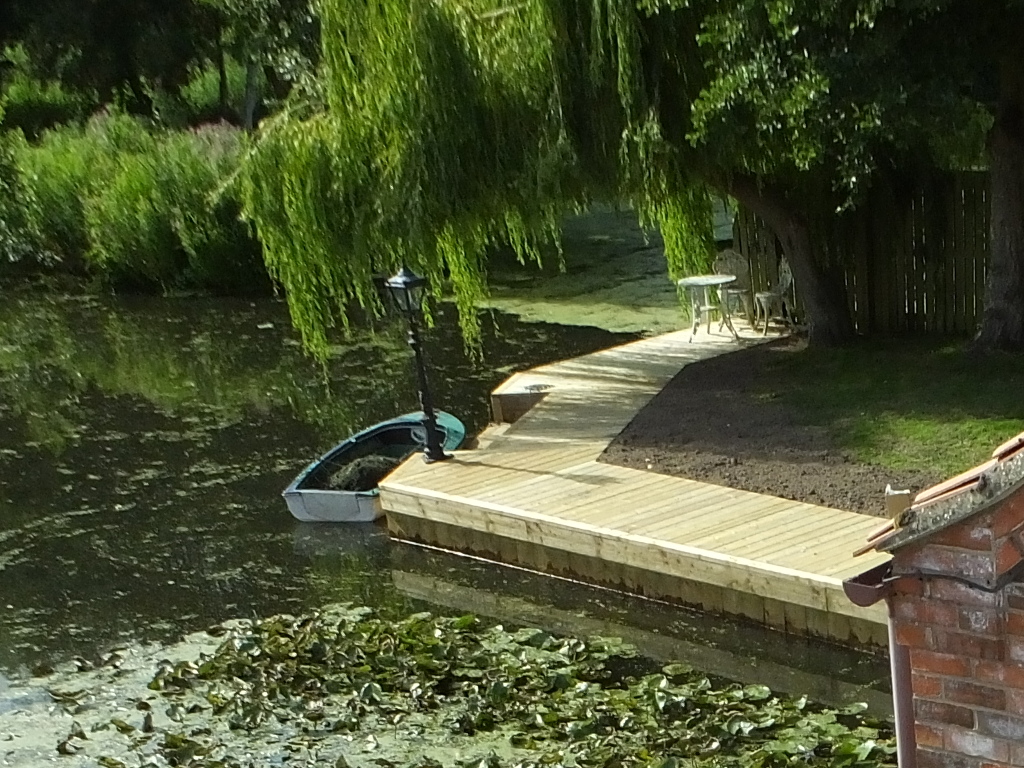 Meanwhile work also continues on clearing the lake of lilies and duckweed. There's lots still to do before the big day!