Daffodils And The Tree House

It was around 15:40 and a gloriously sunny day today and the daffodils around the site, especially on the island seem to be at their best. 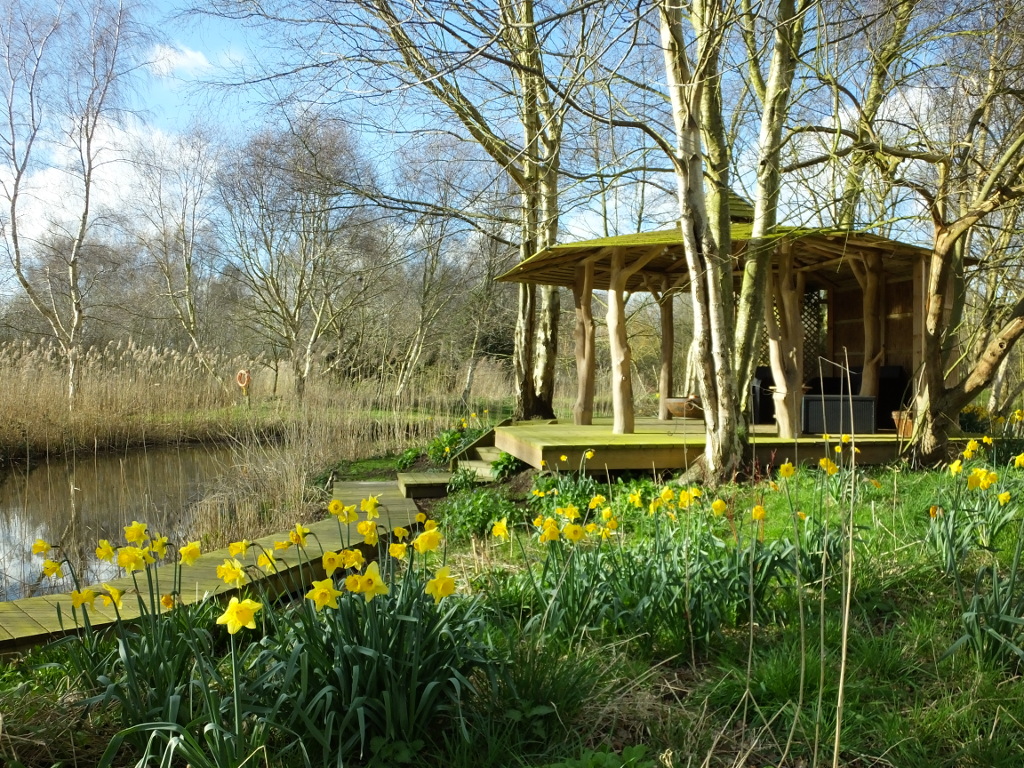 Having crossed the bridge to the island you approach from the south and get close to the tree house, but rather than approach directly along the boardwalk this sequence of pictures takes you around the circular path anti-clockwise so that you pass the cottage (eastern) side first. 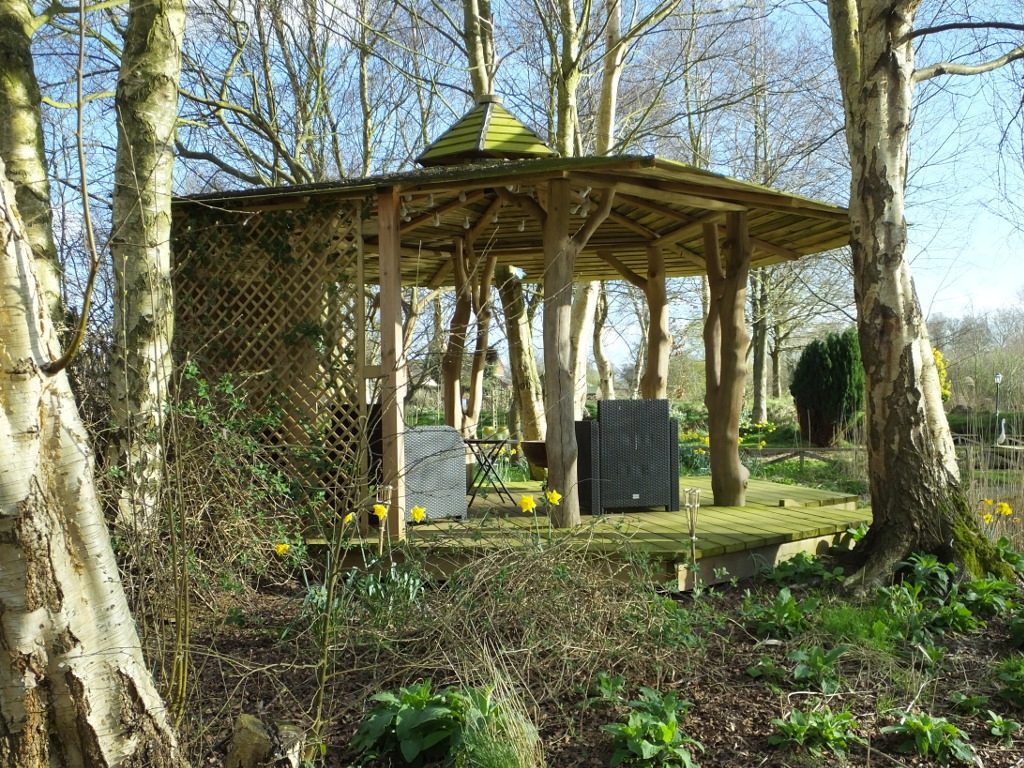 You then approach the tree house from the north. 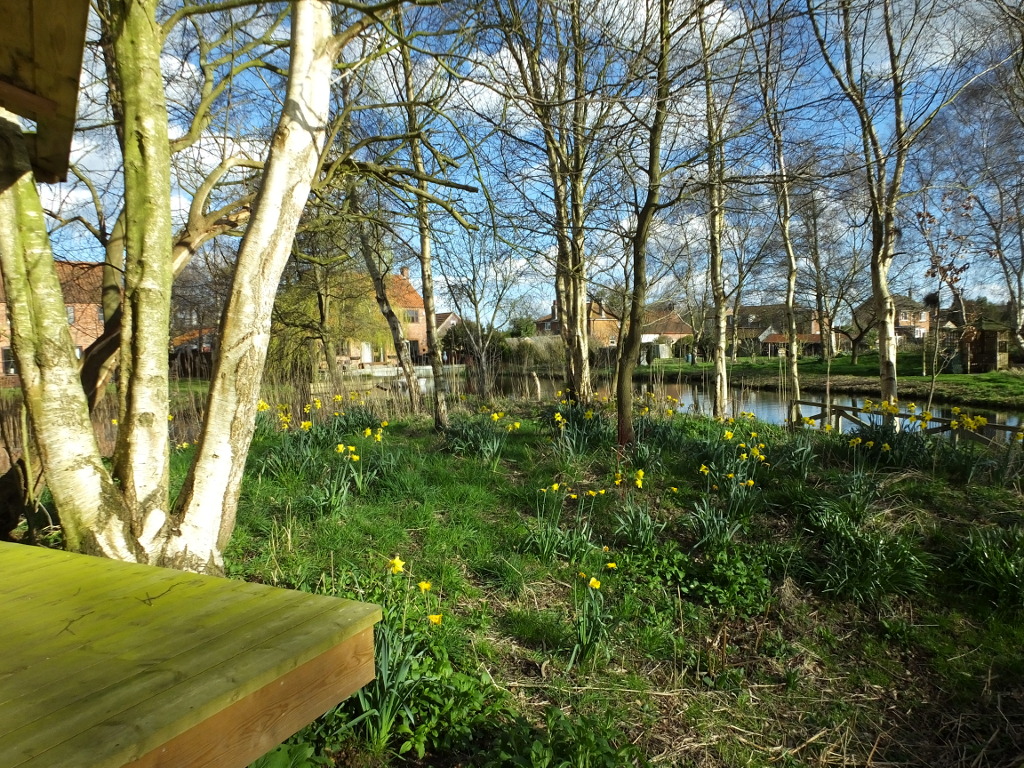 Walking just past the steps up to the tree house you can look back to the house where... 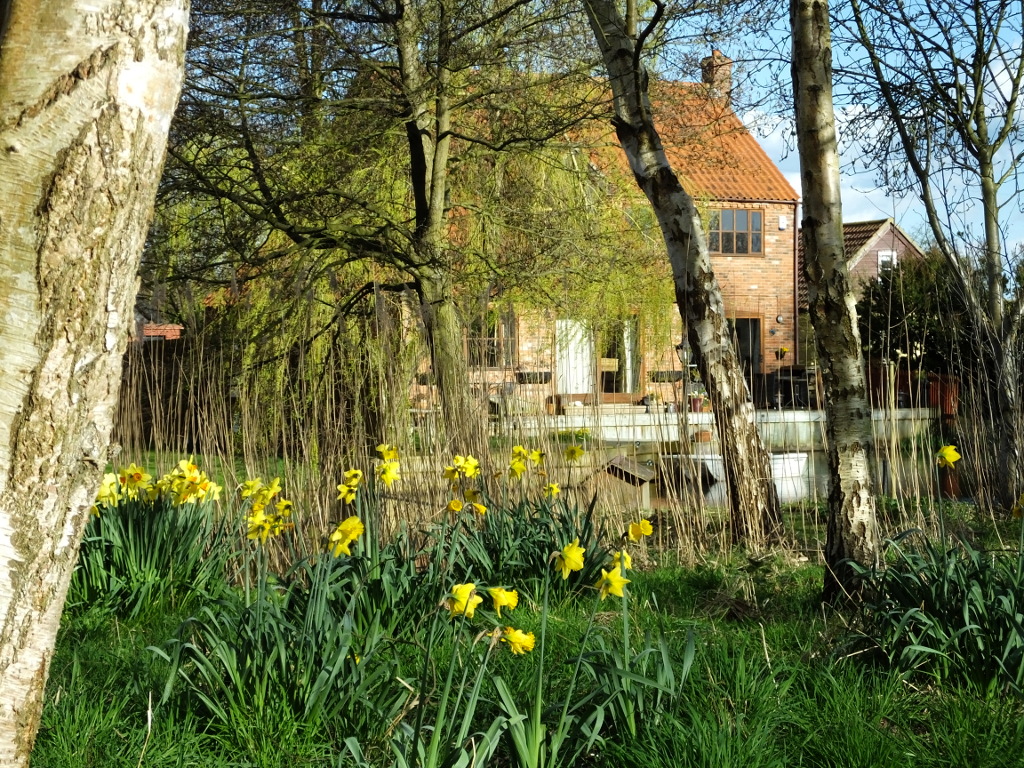 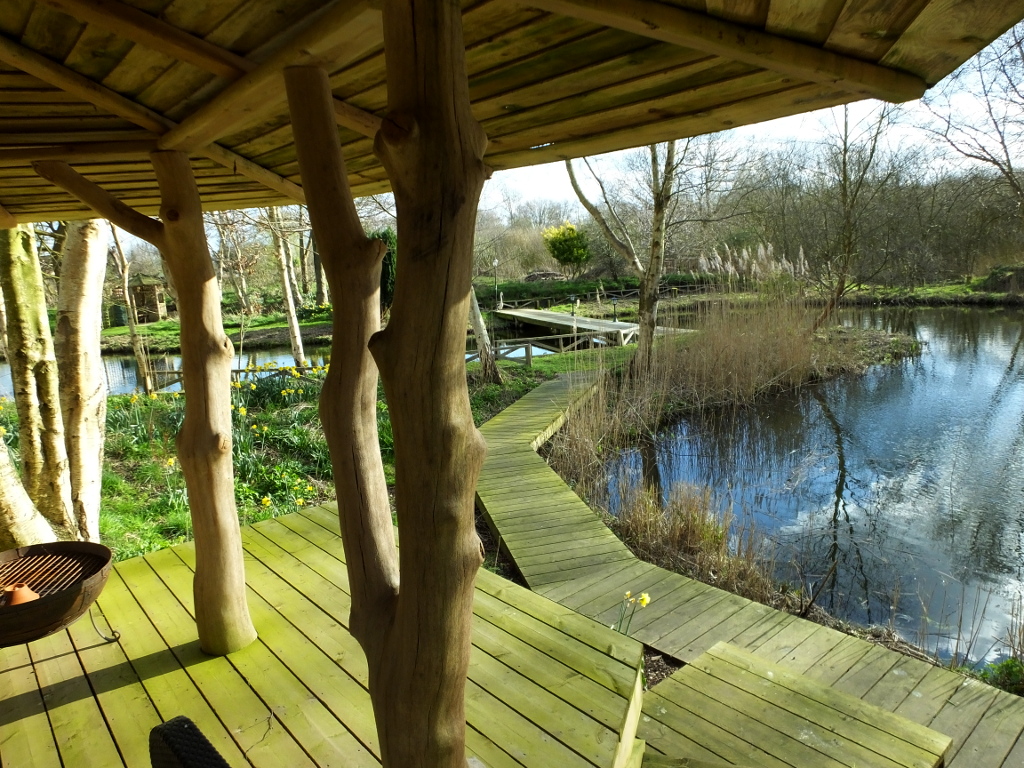 ...taking a few paces back to climb the steps to the deck on which the tree house stands.

It's not a tree house in the conventional sense, but its main supports are old trunks and branches of oak trees that grew on Hickling Marshes and had died rather than being cut as live wood. 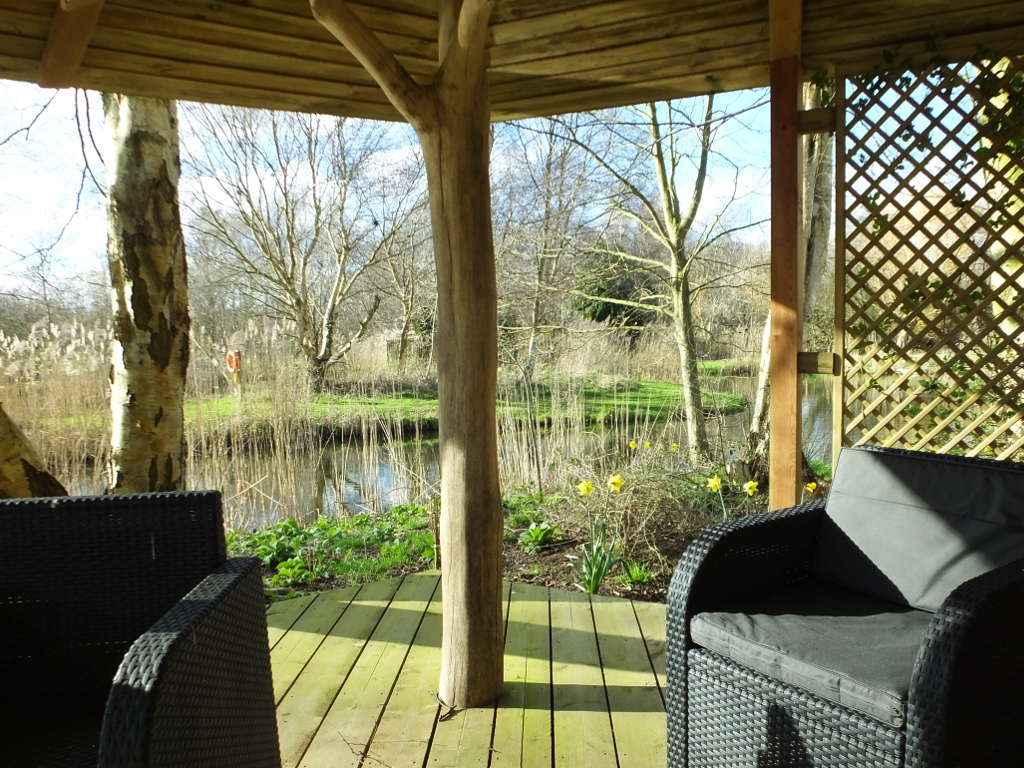 Here we have what in a lounge would be called a three piece suite, two chairs and a small settee with a matching coffee table. It is the coffee table that stores the cushions which we get out when the tree house is in use - often for barbecues! 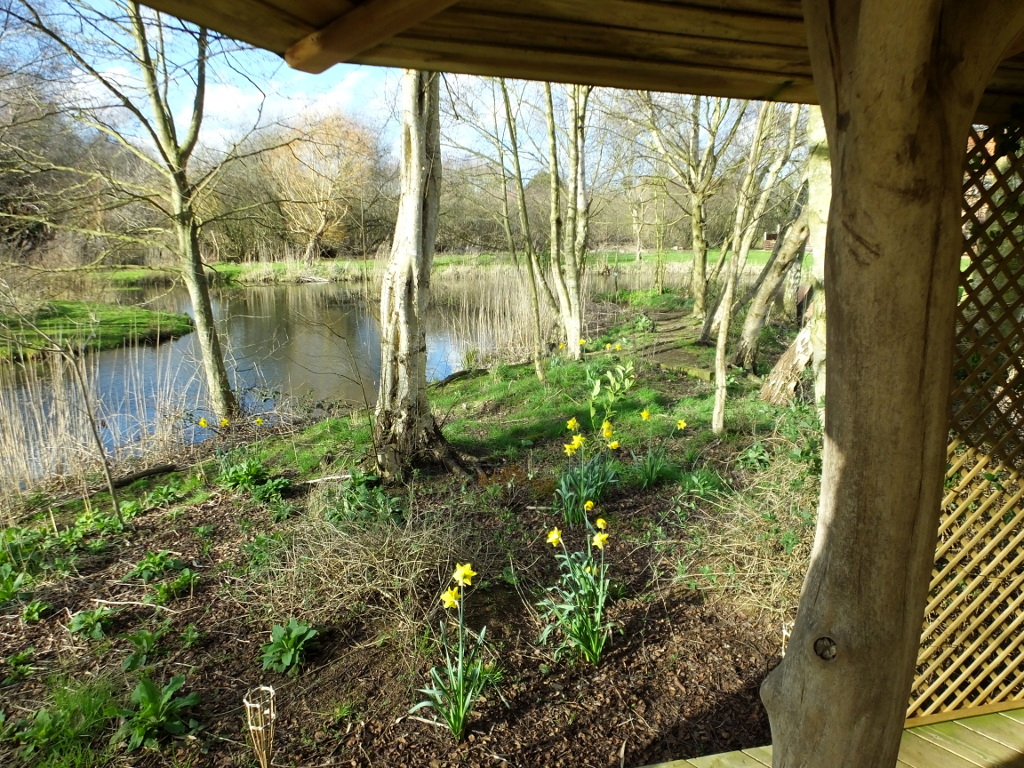 Standing on the edge of the deck this is the view to the north.