Last night I was captivated by a glorious sunset and couldn't resist taking a photograph of it. 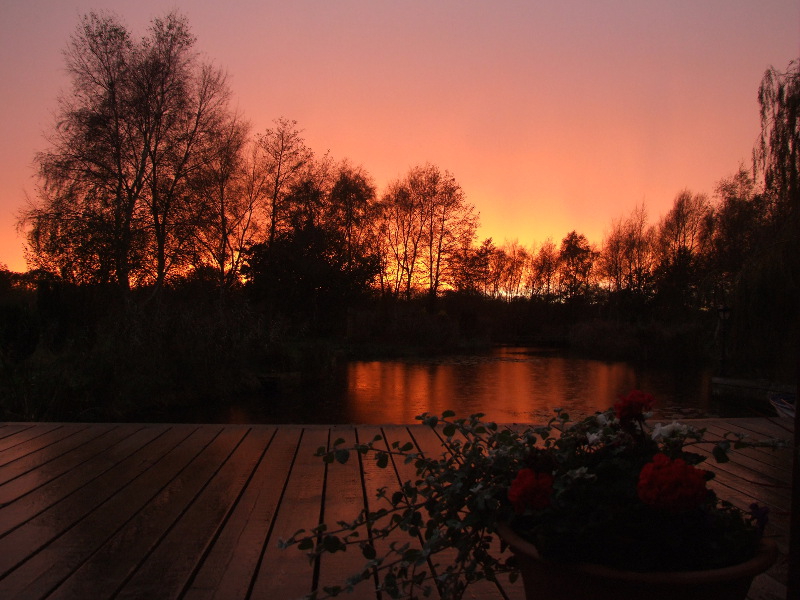 The sun sets directly behind the house on equinox days. That's around March and September 22ed. Because the trees have less leaves then than in high summer, it means that if the sky is clear we setting sun illuminates the whole wall at the back of our lounge and for a couple of weeks either side,  just before the sun goes down, we can get wonderful calming reflections on the lounge ceiling of the rippling water in the lake. 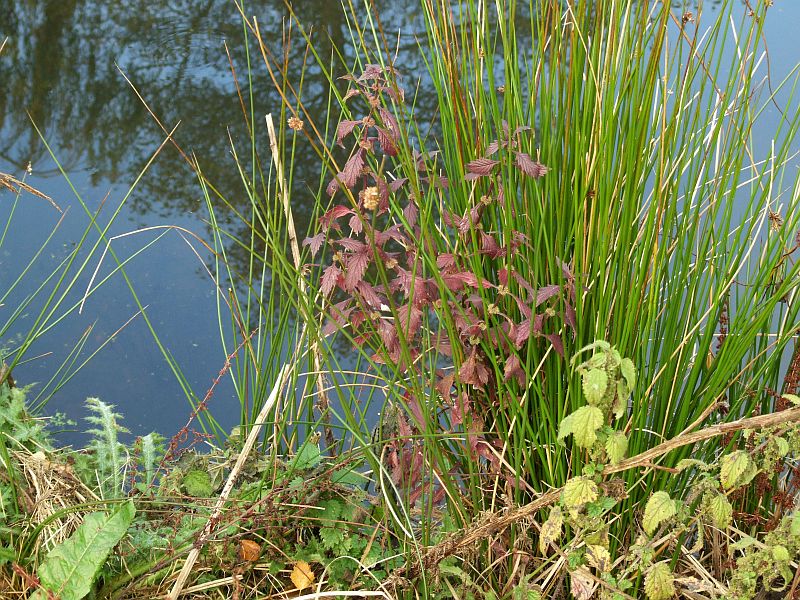 At lunch time today I popped outside to get a photograph of a plant that had been pointed out to me yesterday. I've now posted my photograph on iSpot and the consensus seems to be that it's Gypsywort (Lycopus europaeus), although the red colour appears to be a mystery as all photographs that you see of it in the usual places show it as green-leaved.

It was friend Andi that had noticed it. He and Bex, a couple we are calling "The Green Team", have come to help us get the grounds around the house under control. We hope they'll be with us on a weekly basis for some time to come.

Because he wasn't certain about the identification, Andi was vague about why the plant was of interest. However, it seems that apart from its flowers being of interest to a lot of insects it is used by some as an astringent, cosmetic, douche, narcotic and refrigerant and its name comes from the belief that Romani people would stain their skin with the juice of the plant, although that might be accidental as one writer suggests it was used to dye their linen.