Autumn's Not Over Yet

I've been taking photographs over the last three weeks wondering if, with hindsight, I'll be able to work out that point when I could say winter was here. 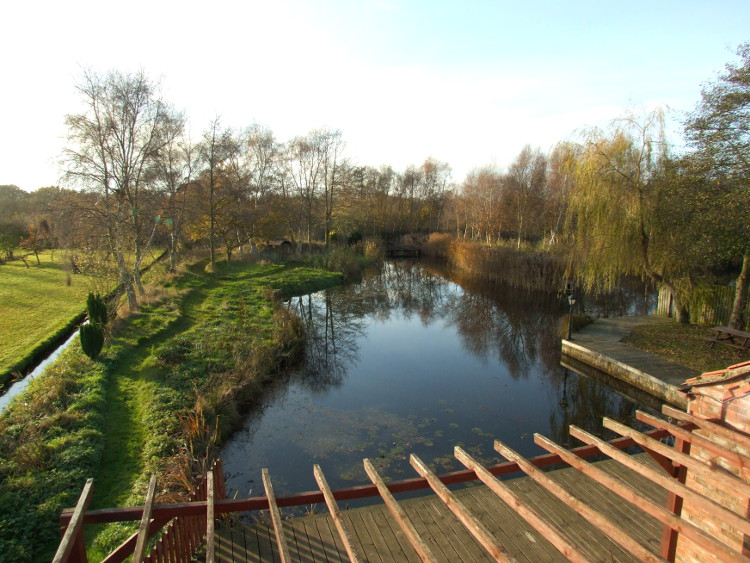 This morning's photograph (above) shows that all the birches are now pretty well shed of all leaves, although the willow still has a good proportion of its leaves in place. Yet the leaves on some other trees have not even begun to turn brown. It's difficult to make out, but the material floating on the lake in the foreground near the remains of the lilies are the leaves of the willow. The willow drop seems to have started in the last three days. 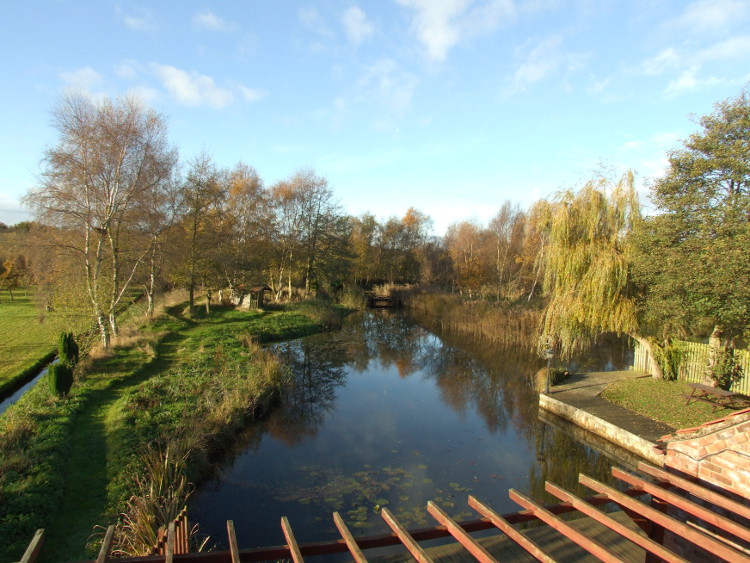 The previous picture (taken on the 23rd November) shows a few more leaves on the birch trees but very much less than four days before that (seen below)... 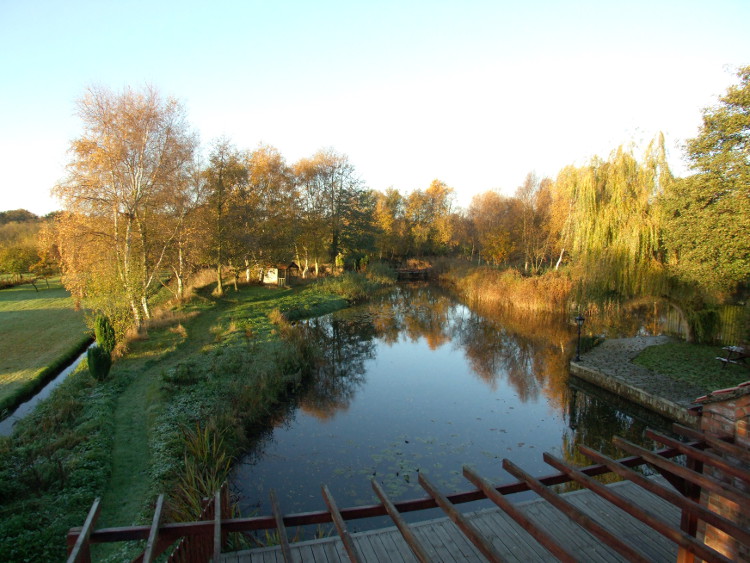 On the 19th I took the photo above. You may not notice it but the willow had begun its drop. That process had started another five days earlier... 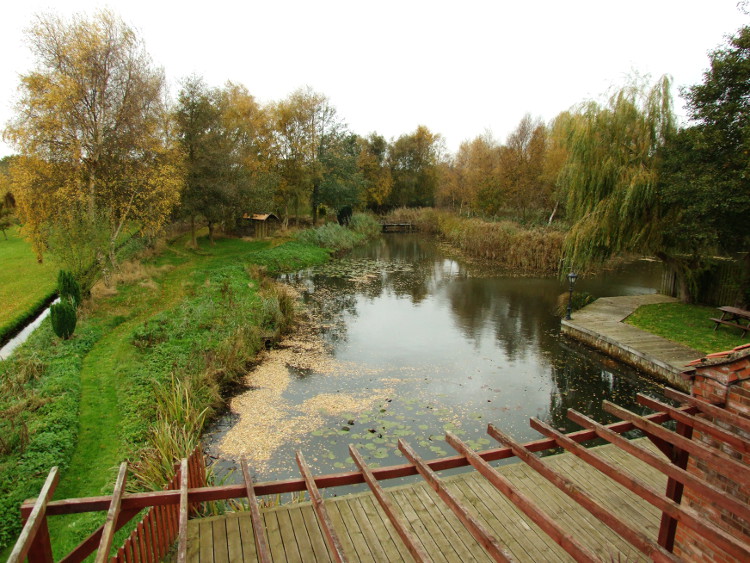 The photo above was taken just before 11:00 on the 14th November. There had been a fair bit of wind in the previous two hours and willow leaves were in abundance on the water's surface. That was different to the picture I had taken around 08:50 that same morning... 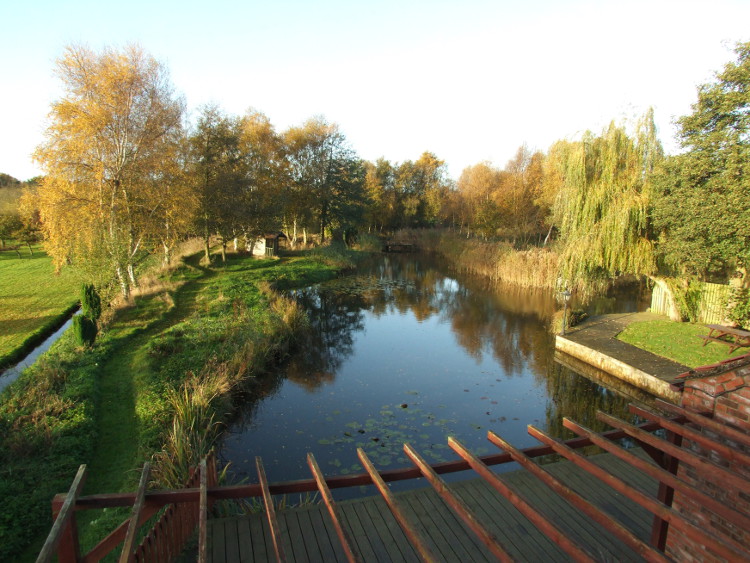 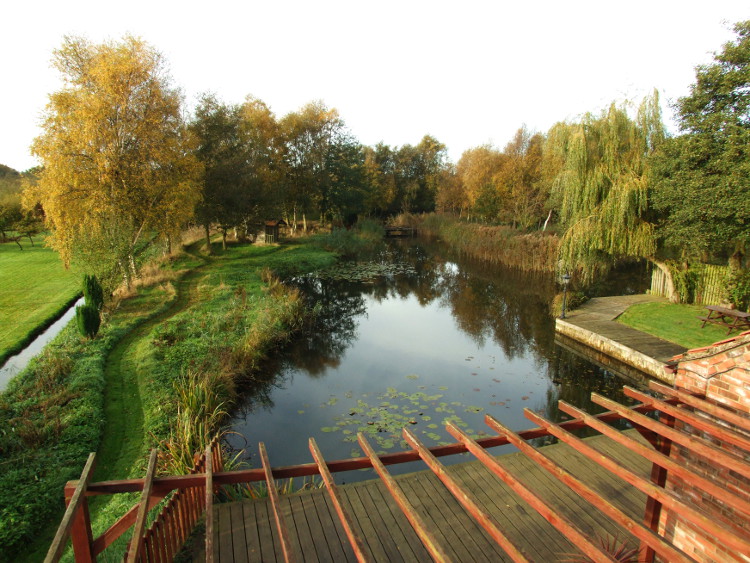 A week earlier, on 8th November, I believed the drop had barely started and every tree still seemed to be in full leaf, but if you look back at the same view seen in June, you'll see that's not the case! Apart from the leaves on the trees the other thing you notice that is dramatically different is the amount of lilies seen at the height of summer.

The next earlier photograph showing the same view is the one I took on the first morning I was to wake up in the house. Leaf cover then was much the same as early November, but then, of course, fresh and green. The other most obvious difference in May was the lack of reed fringing the island. then you could clearly see the pile of reed, cut the previous October, that had been piled high and left to compost. 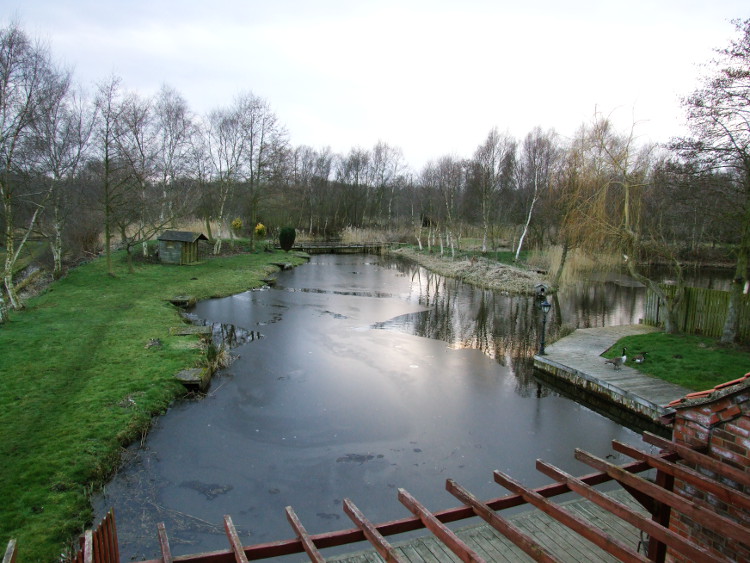 However, for a real contrast here's one I have not previously show on the blog. Taken the day I recorded The Ice Stays All Day. Back then there wasn't any trace of the reed growth that you see in May.

It's amazing how much you fail to recognise the changes that take place when you live with the steady day-by-day changes in the seasons. I can't wait to see the changes over the next three months and our first anniversary of ownership.