At Last! The Otters

Julie, had sent a text on Wednesday saying, "Thought you might like to know otters are in back lake". I had popped outside with my camera, only to be told that two had been seen behind the cottages but they had gone round the island and were round the back somewhere. I crossed to the island and thought I might have seen a head in the water making for the far bank, but it had disappeared and there was no more sign of it. Back home, I reported I had nothing on camera and Julie replied that she'd let me know if she saw them again.

I dashed upstairs. My camera is kept by the bed, ready to take anything of interest that I spot on opening the curtains. I was astounded to see one on the Duck House ramp and managed to get a blurry photograph. However, I was disappointed. The picture had the potential to be good, but the camera appears to have focussed on the fronds hanging from the willow and that's well short of the duck house. I cursed myself for not having been more aggressive when I cut it back. I took a couple more with no better result and then it was gone.

Forty minutes later there was another text, "They are back", followed by another which read "4 of them" although I didn't see that one until after the excitement was over and they had all gone again. 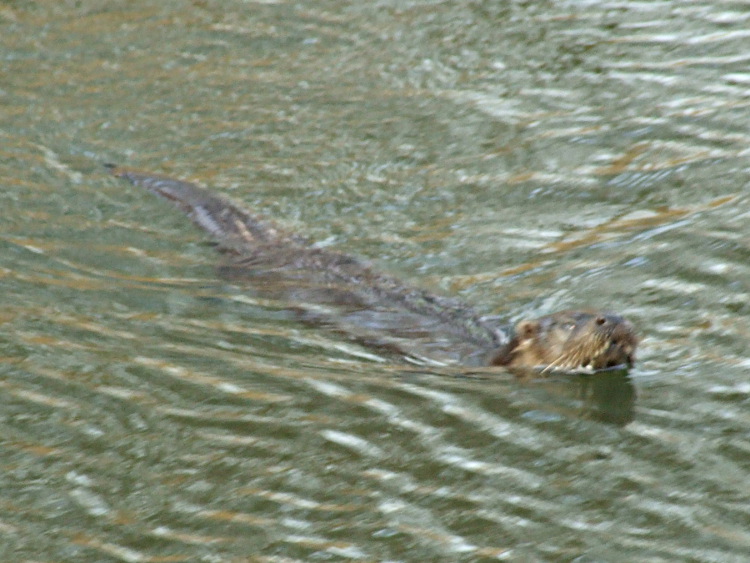 They certainly were back and all of them very lively. They were moving around at speed both on the surface and under the water. Behind the house they went down the lake as far as the bridge and they also occupied the whole of the area behind the cottages. At times you could see a trace of bubbles indicating where they were. And yards away you would sometimes see expanding circular ripples on the water, a sure sign that there were panicking fish attempting to keep clear, or so I reckoned. 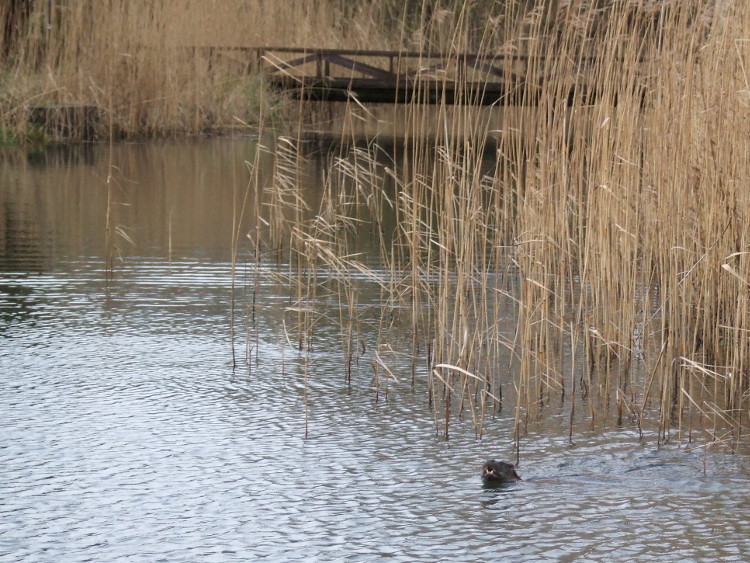 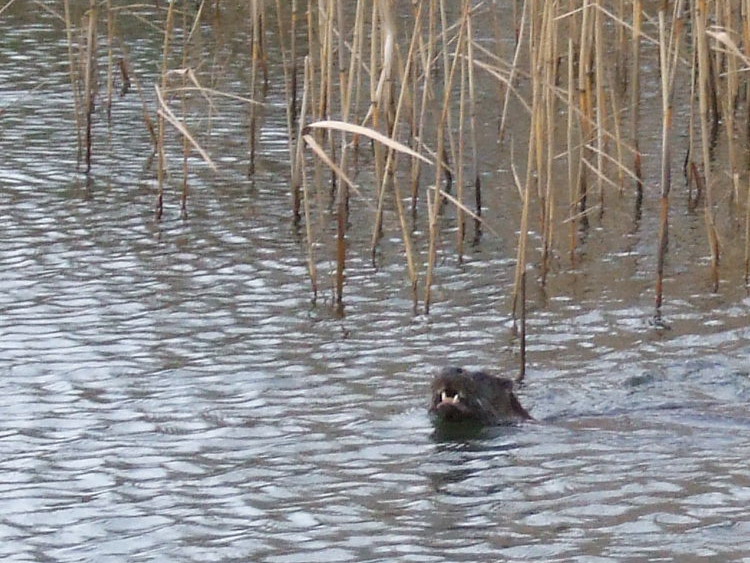 I took my camera and went outside. The otters seemed so consumed with their own activities that I doubted they'd be disturbed by me - and they didn't seem to be. Initially, I kept myself crouched behind the fence separating the house from the cottages but that seemed unnecessary and eventually I stood up, even when one was directly opposite me by the duck house, though that one did choose to stay hidden under it and spent a while peering straight back at me before submerging and disappearing. Those watching from other cottages later told me one spent time directly beneath me, hidden by the quay heading, preening itself.

I certainly saw three otters frolicking about, and almost certainly four. I don't remember ever seeing four on the surface at the same time but because they stayed under water for so long and came up so far from where they went down I couldn't be sure about the fourth. In any case I was spending my time trying to capture a worthwhile close up so didn't give any time to confirming the number absolutely. 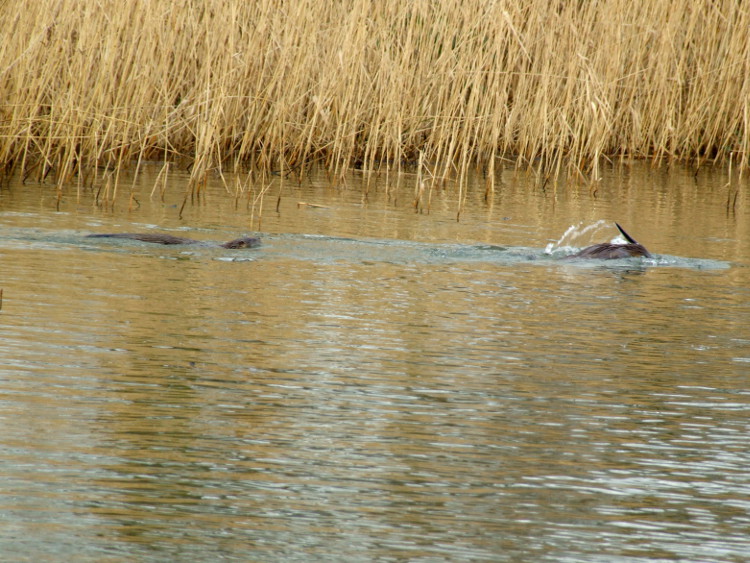 Then they were gone again, seemingly as suddenly as they had arrived.

Re: At Last! The Otters