At Last, A Squirrel

Seeing a squirrel will not take most people by surprise. However, after the misidentification of a Stoat in 2013, today is the first one that I have been able to capture on camera.

It had always seemed worthy of note that we did not see squirrels around the site. There's plenty of trees and a good number of oaks, which drop plenty of acorns, so you always suppose the place would be attractive to them.

It was only after living here for a couple of years that we saw our first one. It was running along the balustrade on the bridge from the island end, which suggests that we missed it crossing to the island. There was a another spotted once after that, but not again until today. 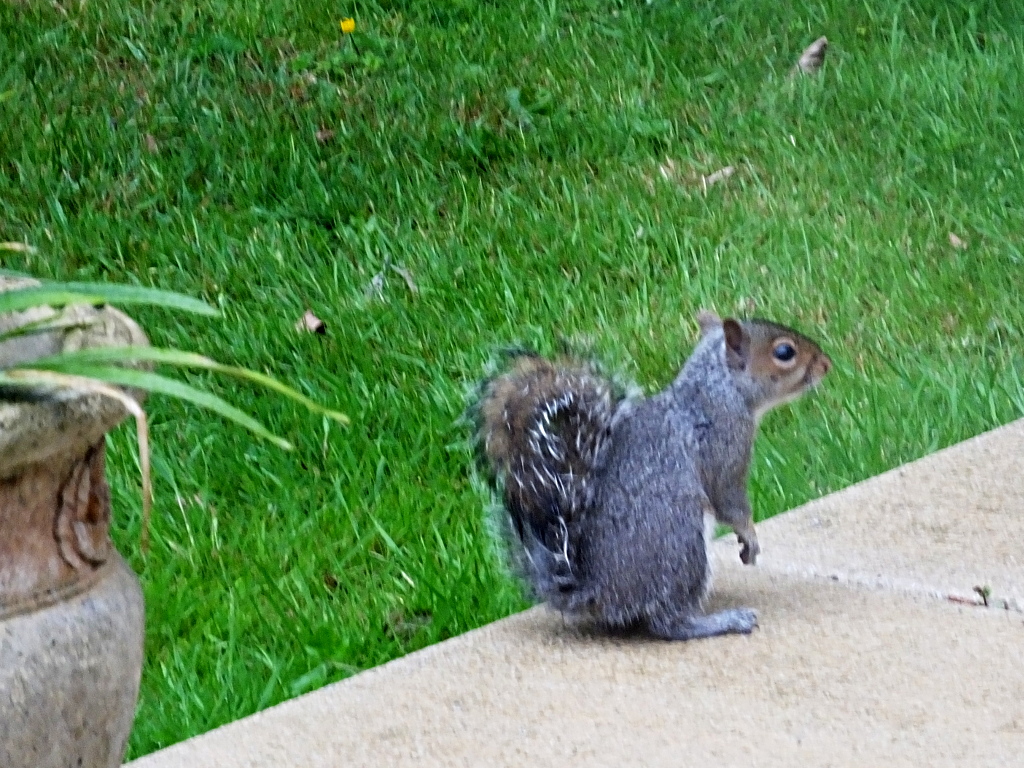 The further surprise this time was that it was so close to the house! It was raining, just after 18:50, and we were watching TV and it ran across the decking just outside the patio door. The first picture was terrible. It was dark so the flash fired which reflected on the glass. Luckily the creature stopped for a second on the patio and that was the only other chance I had. It's not the greatest picture, but sufficient to provide proof we'd seen it.