An Otter Has Fun

It was just after 13:45 when we spotted a otter in the lake. I dashed upstairs to fetch the camera, but looking down from the bedroom window saw it was now on the bank of the lake. 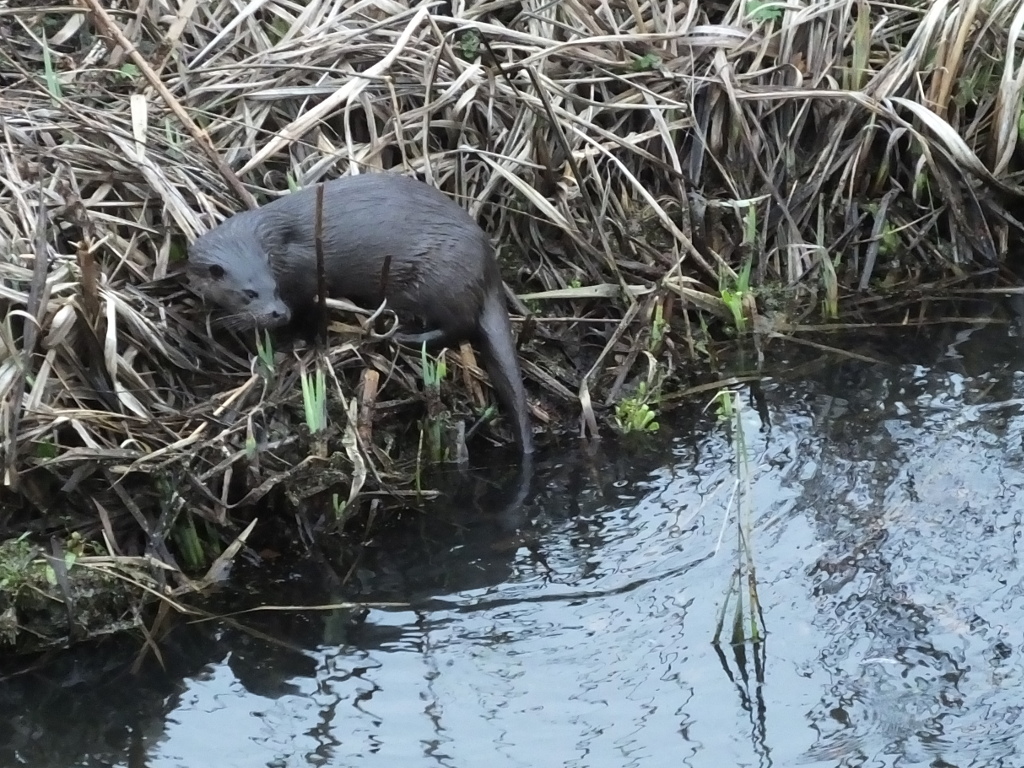 It inspected the ground around the path and then... 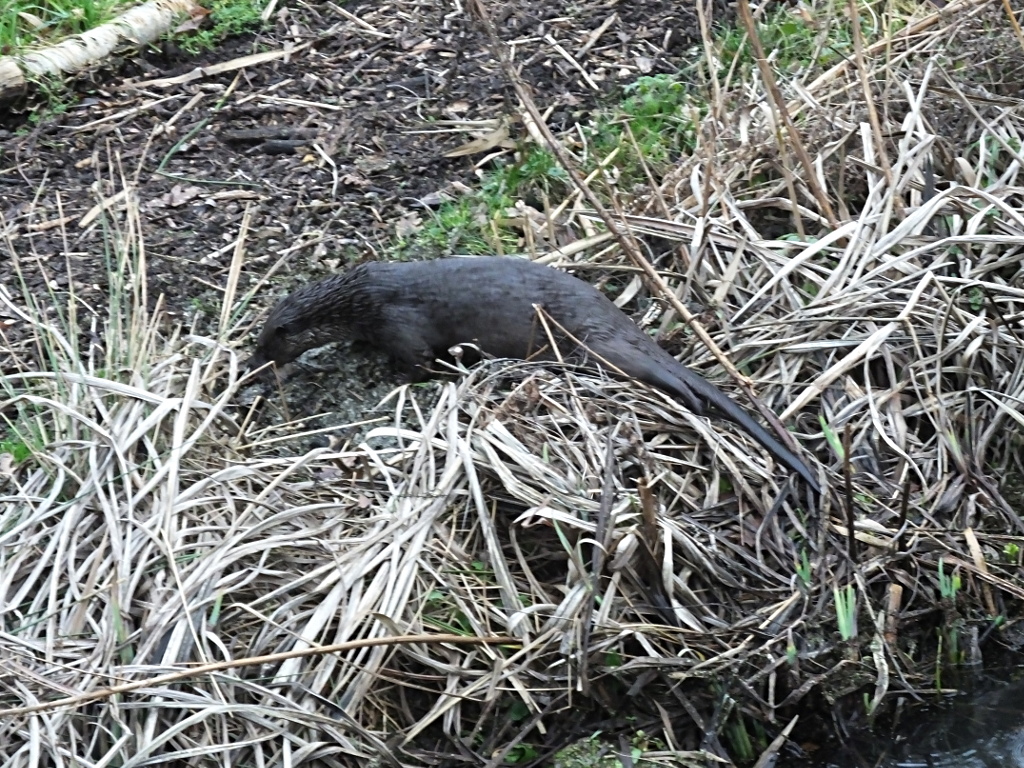 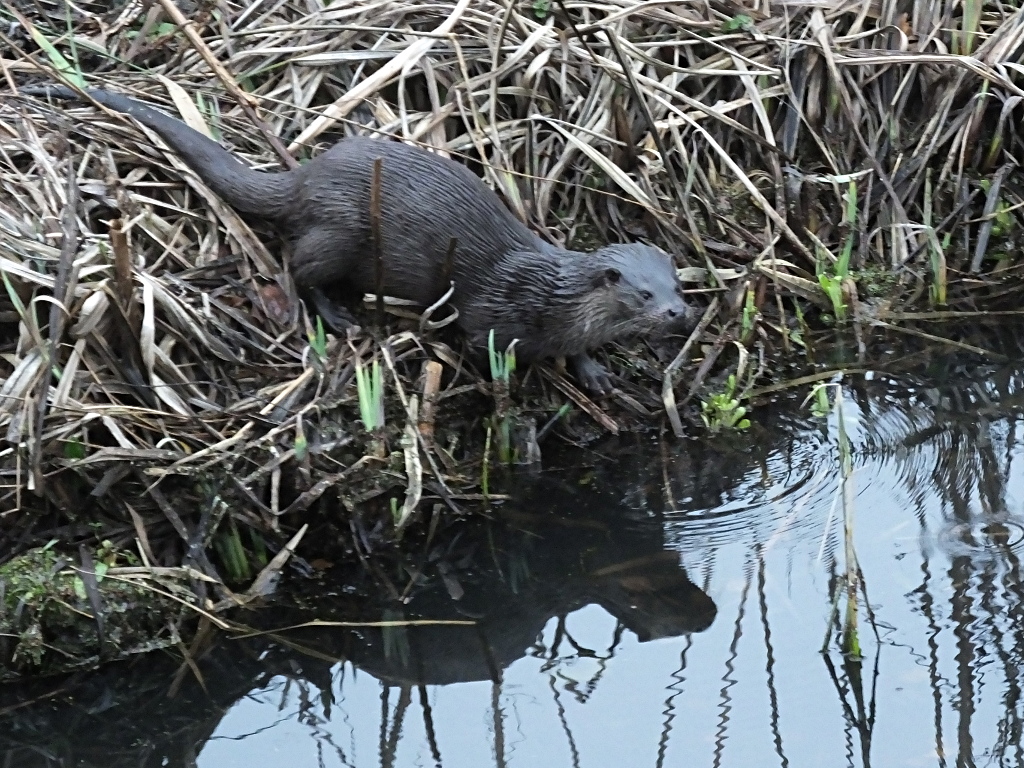 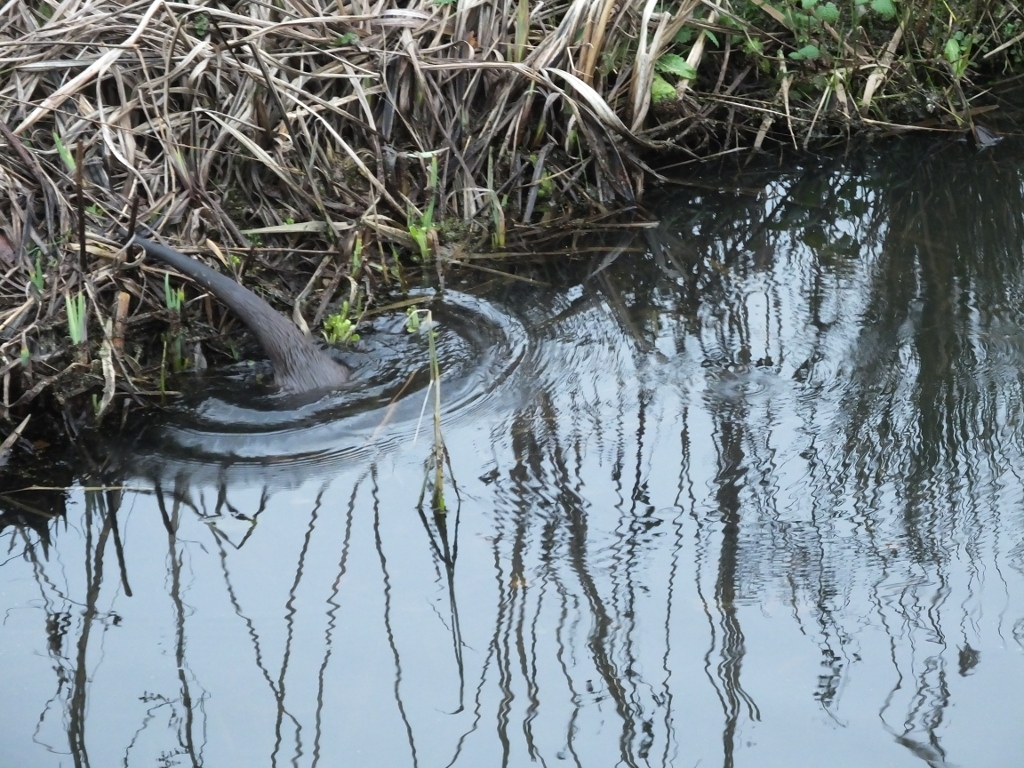 That all took around a minute. One could see movement under water but nothing that made a photograph. Six minutes later he was ashore, by the duck house appearing to be chewing on a fish. 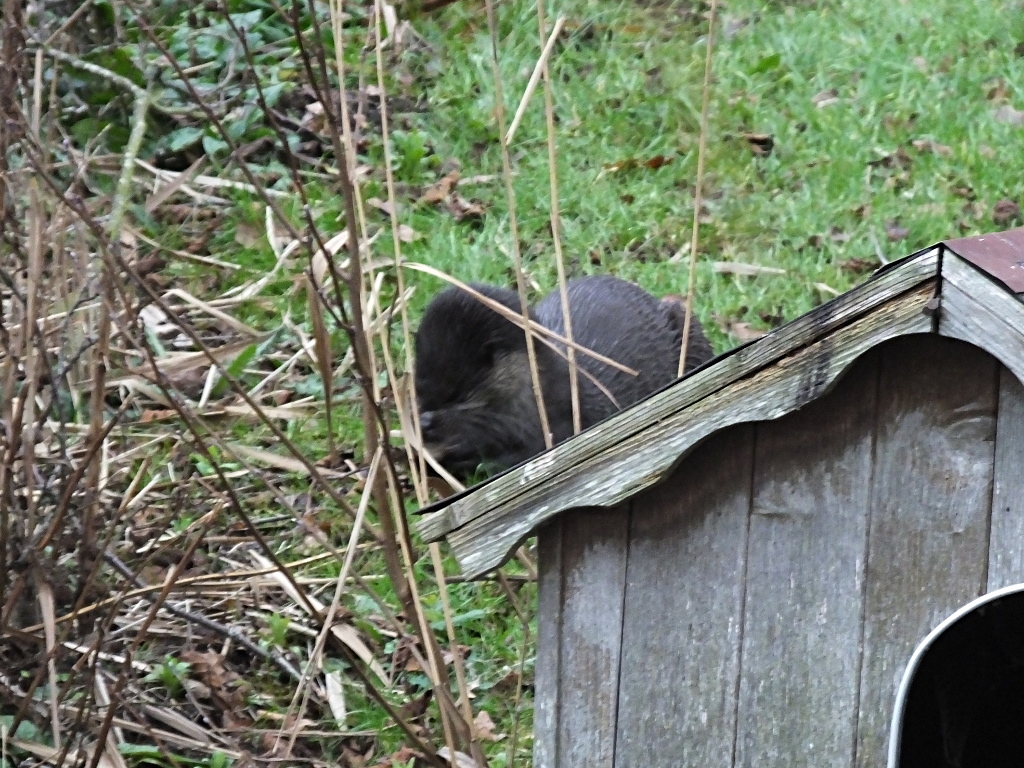 But something spooked it, and with half a minute he was back in the water leaving its tell tale trail of bubbles on the surface. 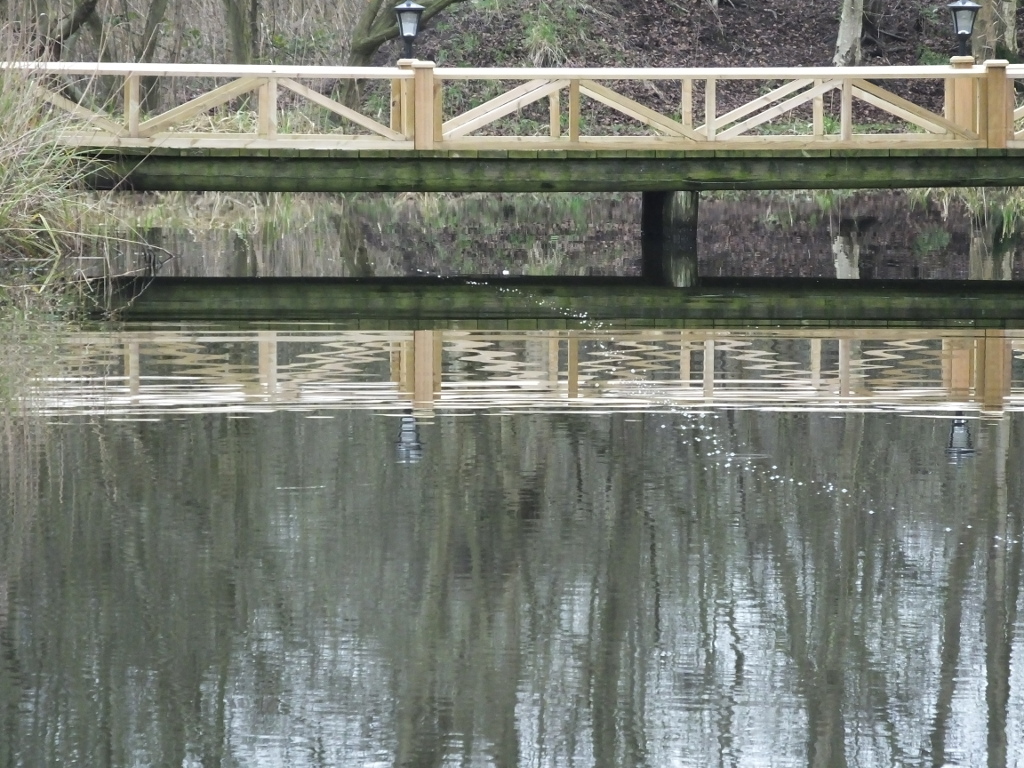 As soon as I was convinced that it was gone and not likely to return I walked over to the island to see what it had left of the fish. 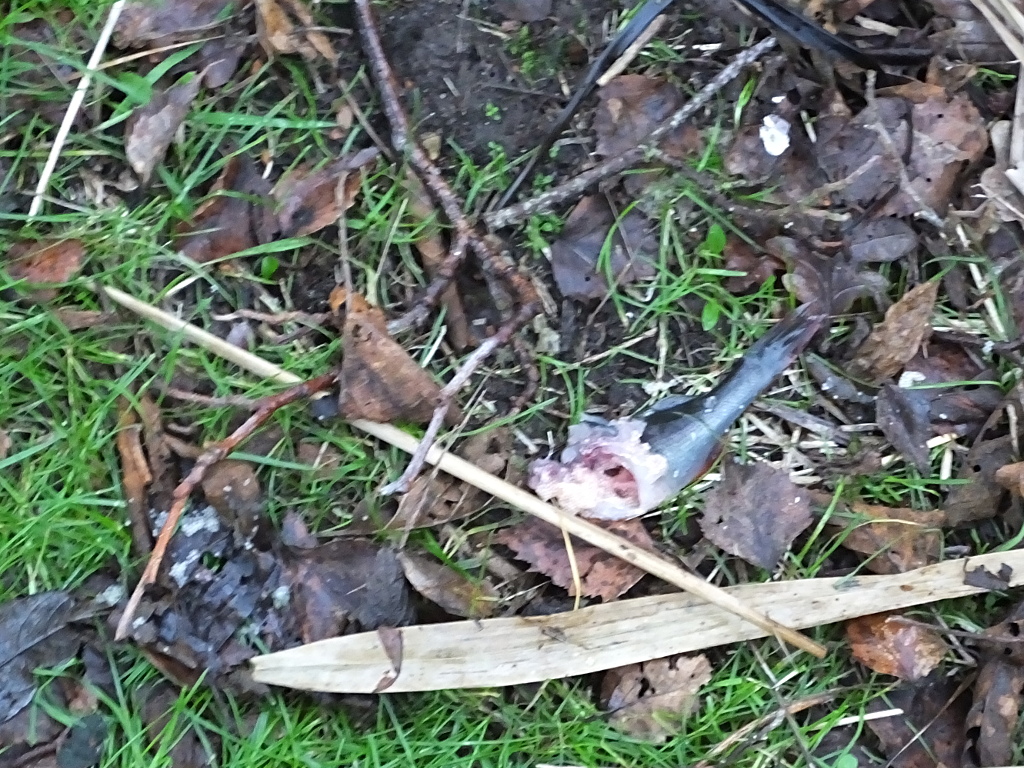