This morning, just before 08:40 I drew the curtains to see a pair of swans cruising towards us on the lake. At first, that didn't seem unusual, even after the fight we'd seen with The ASBO Swan on 4 May. But as they got closer it was clear this was different. 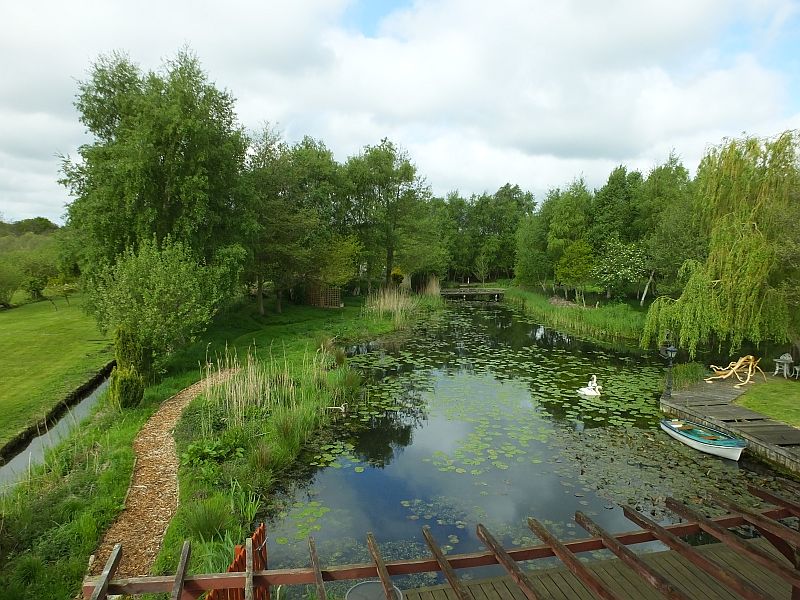 Now, it seems, we have the solution to why ASBO behaved as he did. Somewhere nearby must have been his lady sitting on a nest. He wanted to clear space on the lake to act as his nursery. Mind you it was near impossible to count how many there were in the brood. 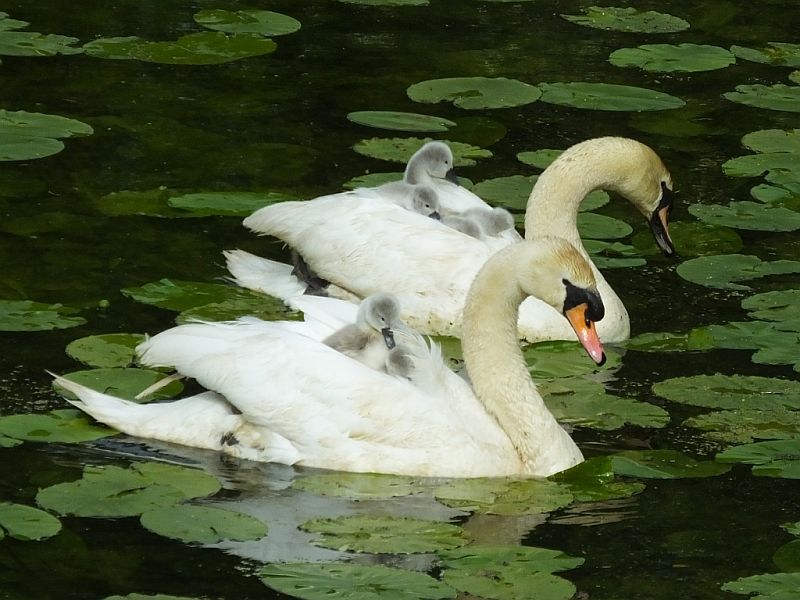 The family spent much of the day round the far side of the island. However, at about 17:30 they returned to the "bay" behind the house Now the youngsters made their own way without taking a ride on their parent's backs. It turned out to be quite a brood. 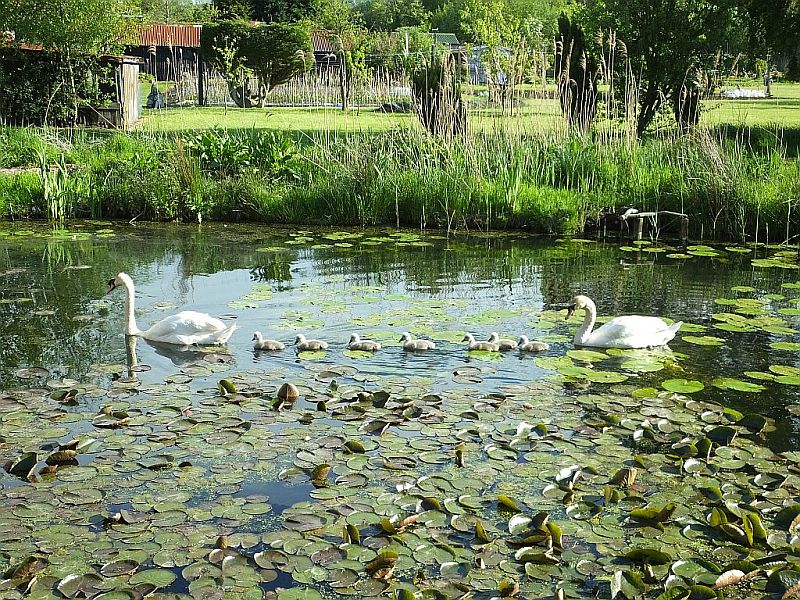 Seven young happen to be just the number that we had visit us repeatedly in 2013, starting on 8 August. Then I called it a Motor Of Swans. 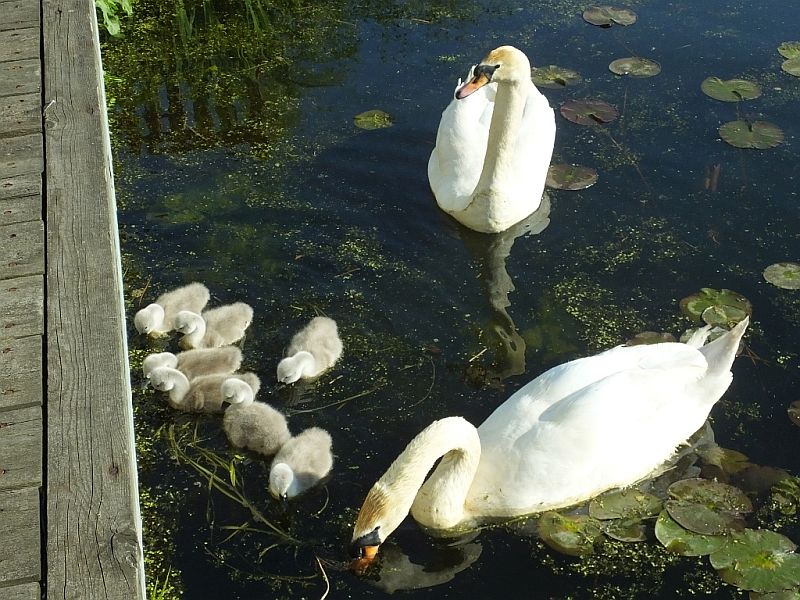 These signets however a clearly very much younger than "the motor" were!